Posted by Veronica Boulden on September 06, 2013
My husband has gotten into the habit of reading out loud to our family almost every night.  He's been doing it for about a year now and he has taken us through several books in that time.  Right now, we happen to be reading through The Hobbit. Last night, as he was reading a portion of the story, he was changing his voice to fit each character and it occurred to me how much his dramatic skill has improved over the year.  With constant practice, he's gotten significantly better at reading out loud.   From the beginning, it was a pleasure to listen to him read. But now, it's even more of a pleasure somehow.

And that lead me to thinking how true that is in so many areas of this man's life.  He's better today than he was a year ago in so many things.  And that lead me to thinking how glad I am that I married him young, really young.  Neither one of us were finished with college when we said, "I do." We were still children in many ways.  But it's been the greatest privilege and adventure to grow up into maturity next to this man of God.  That's what he was when I met him.  That's why I married him.  And, by the constant grace of God, more than ever, that is what he is now: a man of God. It's a sight to behold.

Marriage has given me a front row seat for my husband's sanctification.  In fact, marriage has given me a leading role in the story of this man's walk with God.  I've been able to be his constant help and counselor, as he has been mine.  And when he stands before God approved, as I believe he will, I will know, really know, what God is referring to when He says, "Well done, good and faithful one."

Marriage. What a privilege.  What a holy calling. 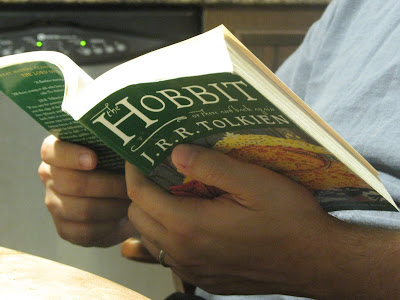