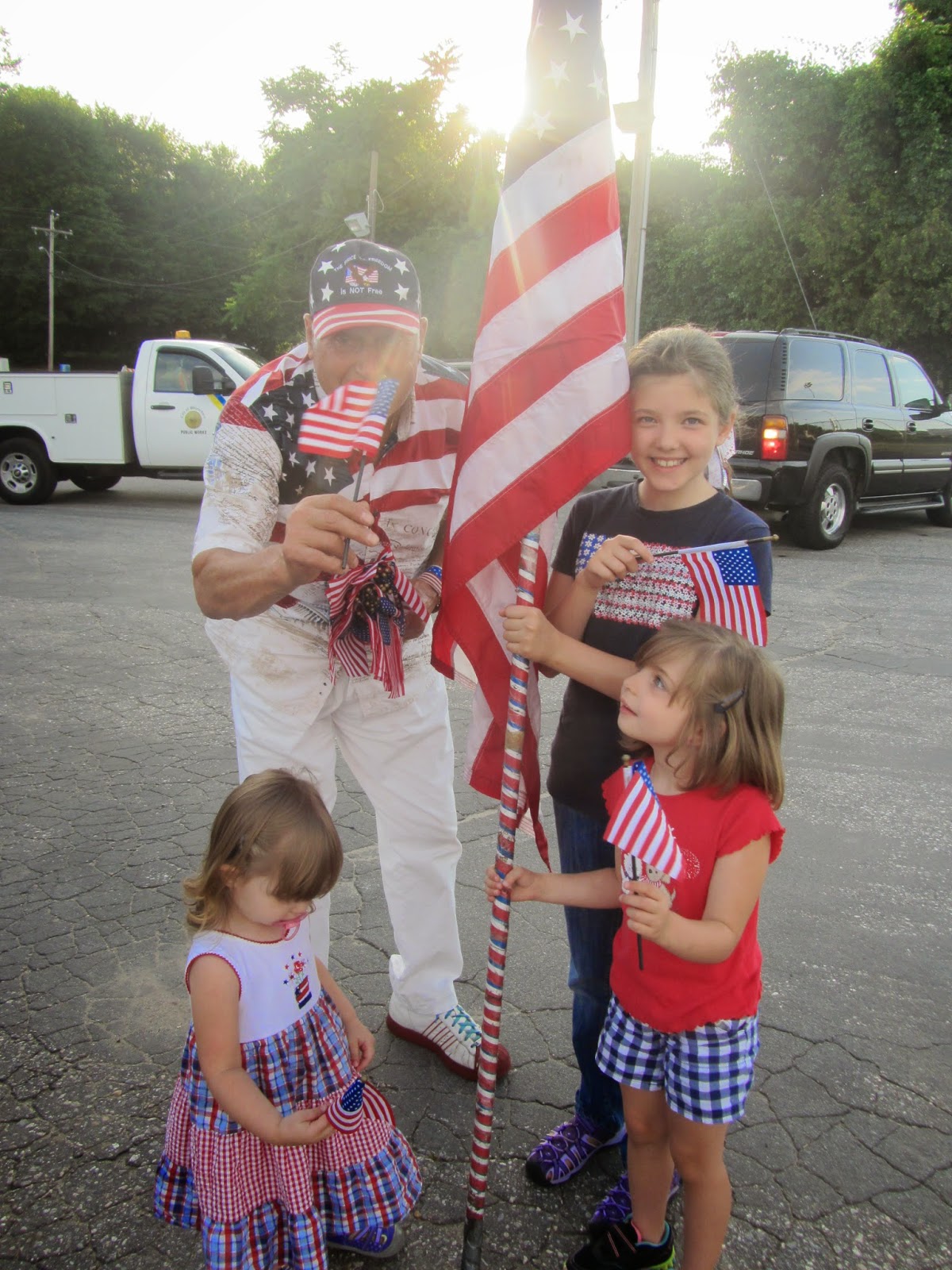 We took the girls to see fireworks last night.  We always hope to see Ziggy there, a local celebrity who is famous for loving all things American. He waves flags on roadsides and hill tops and everyone smiles, honks, and waves. He actually parked his red, white, and blue van right next to us, so we got to chat with him longer than usual. 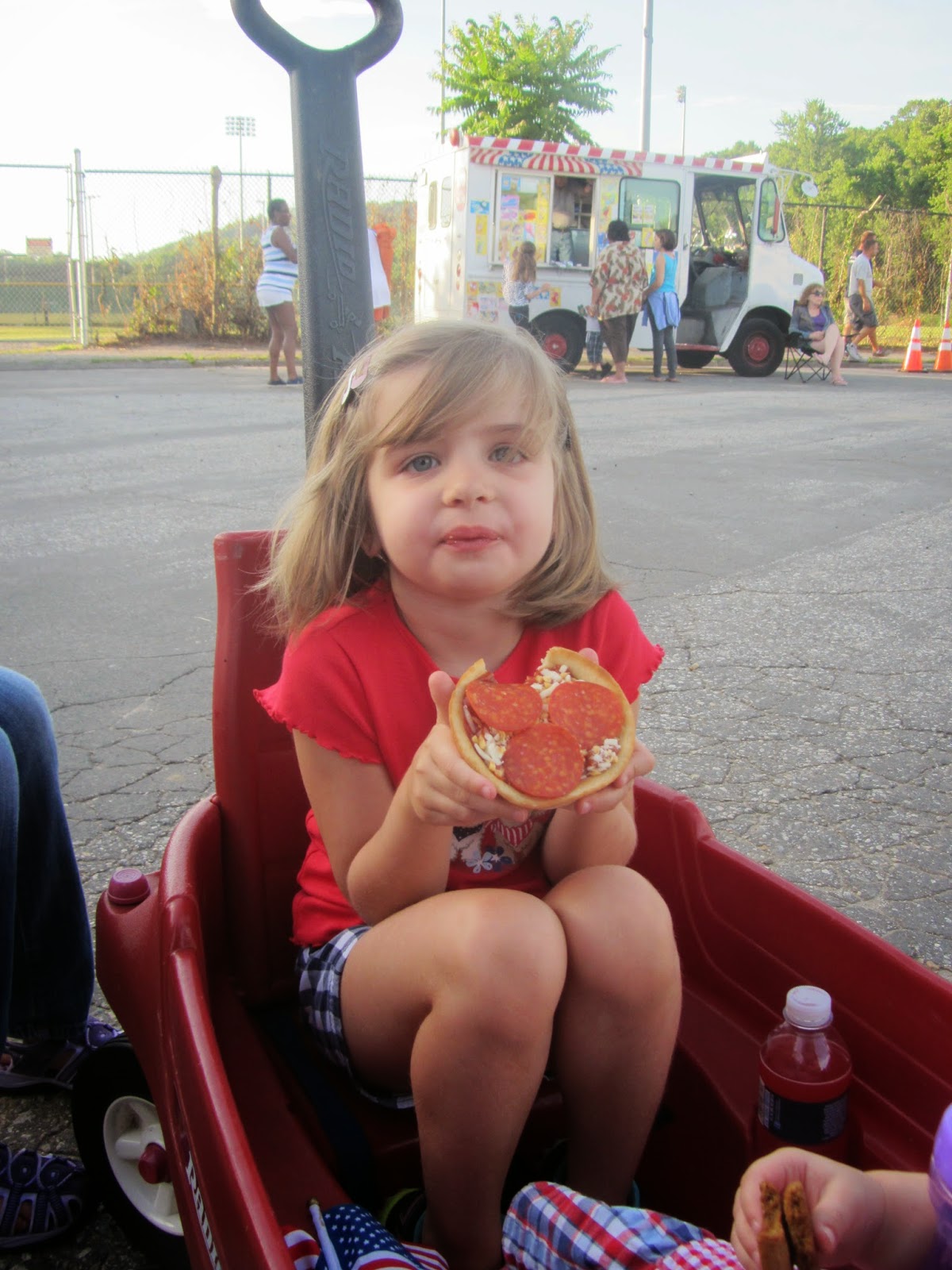 We stopped by the grocery store to take stuff for dinner out of the cooler.  The older girls chose Deluxe Lunchables. Yuck! But they really enjoyed being able to eat fun food/ junk because it doesn't happen often. Our oldest is nine, almost ten, but she actually had a few "I'm bored." and "This is boring." moments. I took a photo to commemorate one of these occasions, evidence to me that she's really growing up. 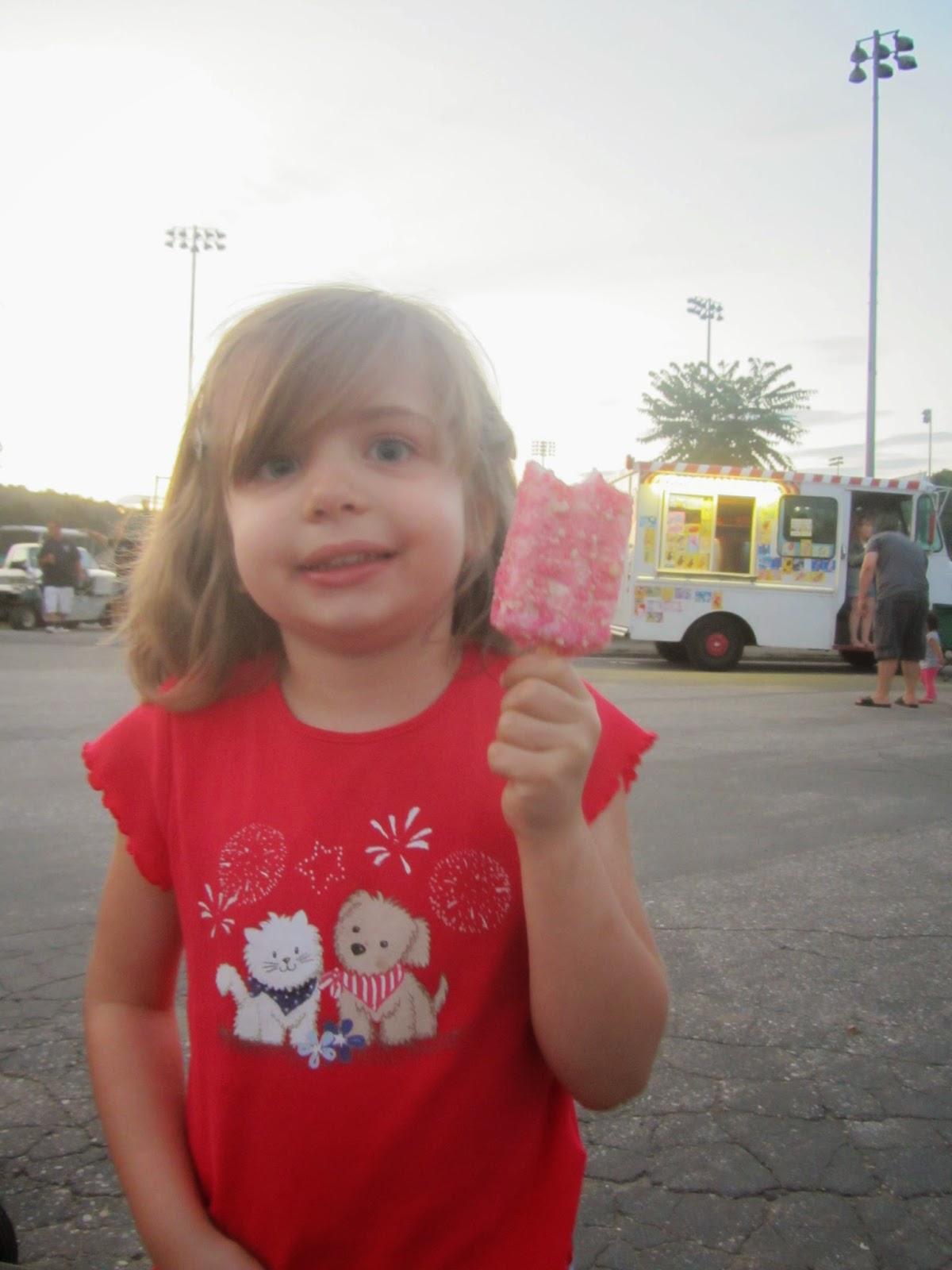 Like total amateurs, we parked right in front of the ice cream truck, so, of course, we ended up caving and getting the girls ice creams by the end of the night. 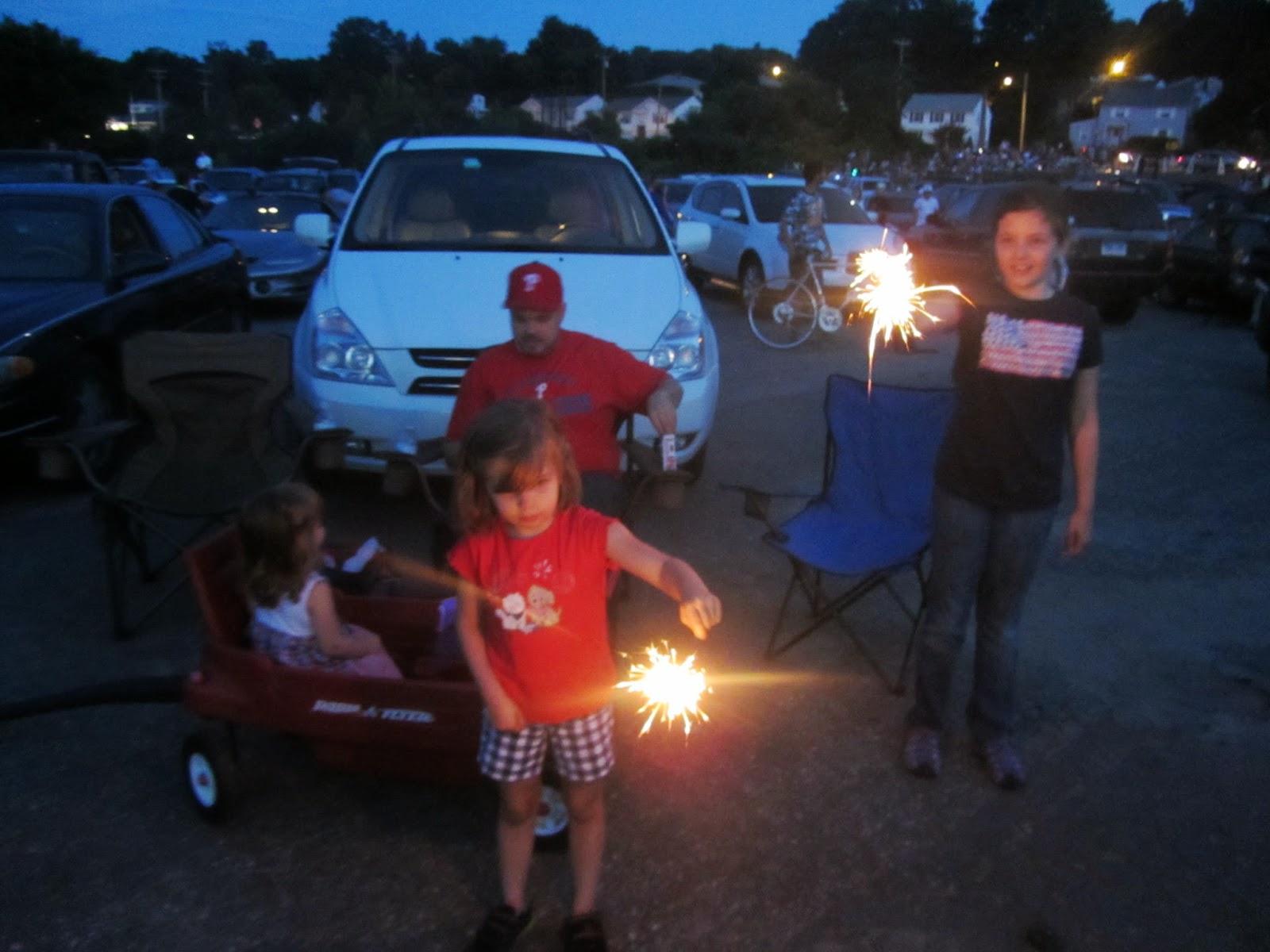 We took a CD of patriotic songs, sparklers, bubbles, and the girls played in a nearby pot hole that had filled up with sand and dirt and gravel over the years like it was like their own personal sandbox.  They were filthy, but somehow, I managed to relax and let them play.  I tried not to notice when they reached those same dirty hands into the bag of ginger snaps over and over.  We took wagon rides and did a little jump rope with a group of girls nearby, anticipating the fireworks after sundown. 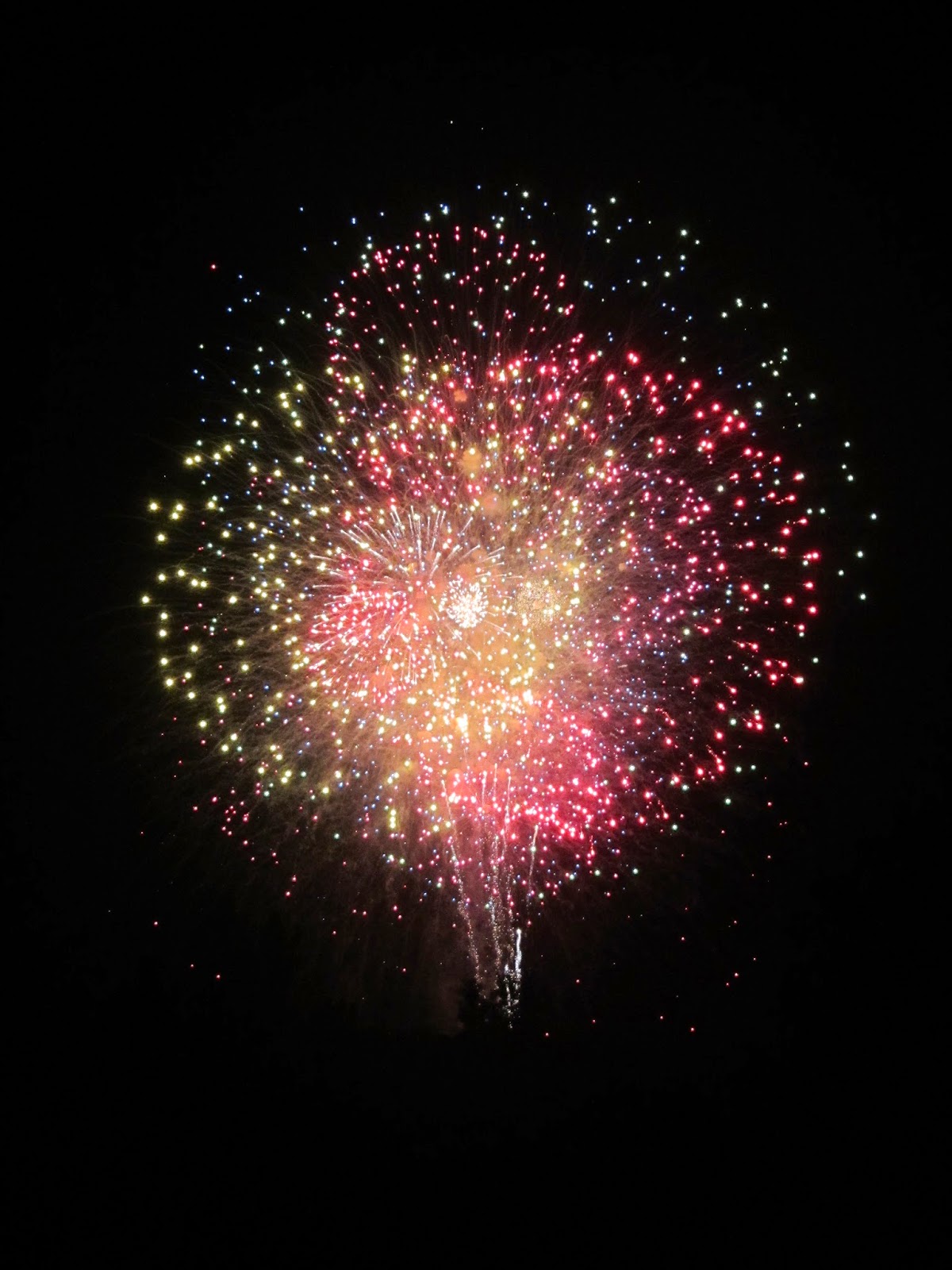 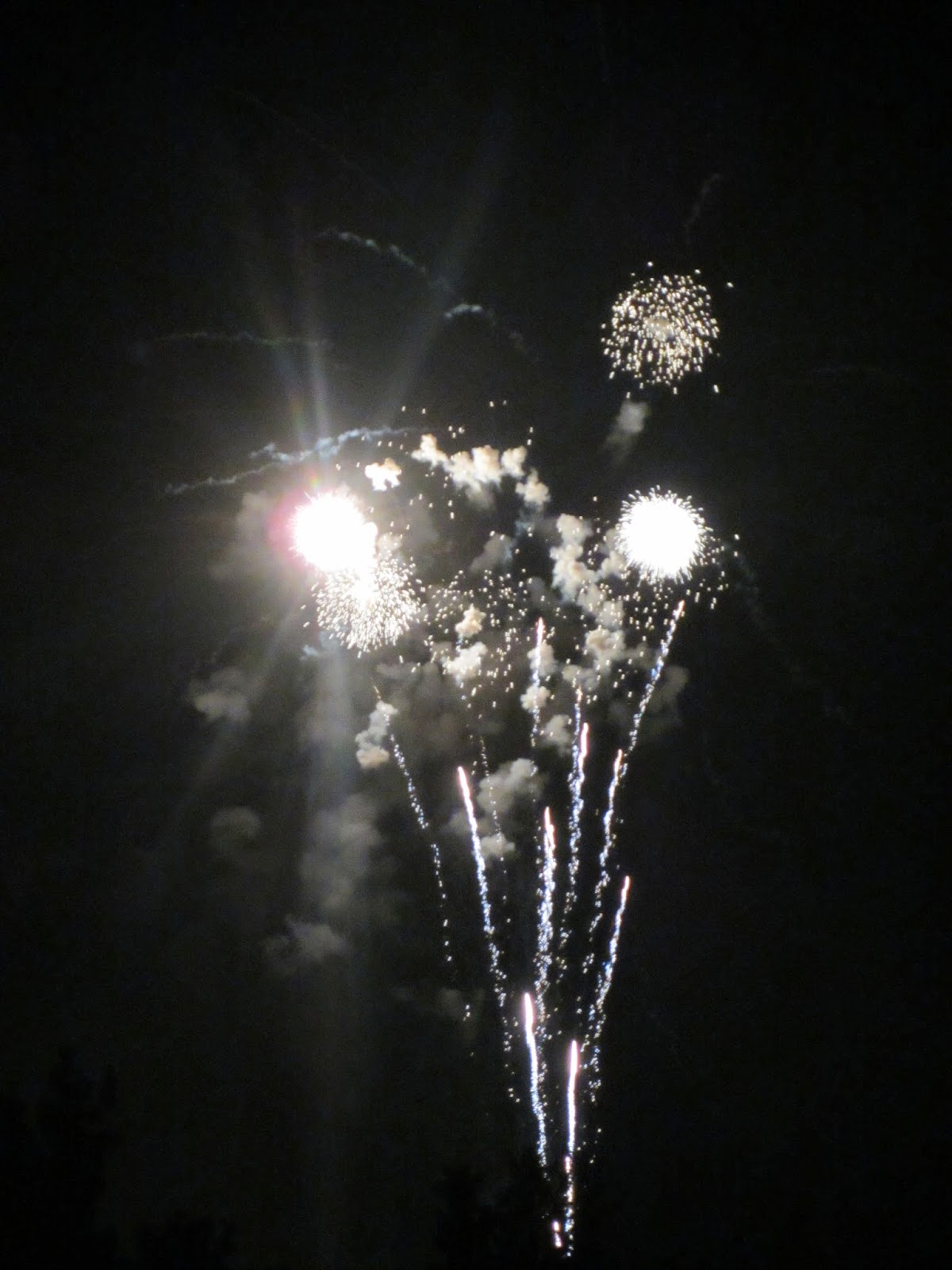 After the show, we sat in traffic for a while, as always. Ah, the rattle of the bass from the tricked-out Honda behind us in line.  It really doesn't like the 4th of July without a little hearing loss.  When we got home, I gave the girls quick showers to wash off all the nasty and we put them right to bed, another year of fireworks in the Boulden history books.
Family