I've been too busy to blog much, but here's a quick collage of photos and events from March.  It has come and gone like a lion. 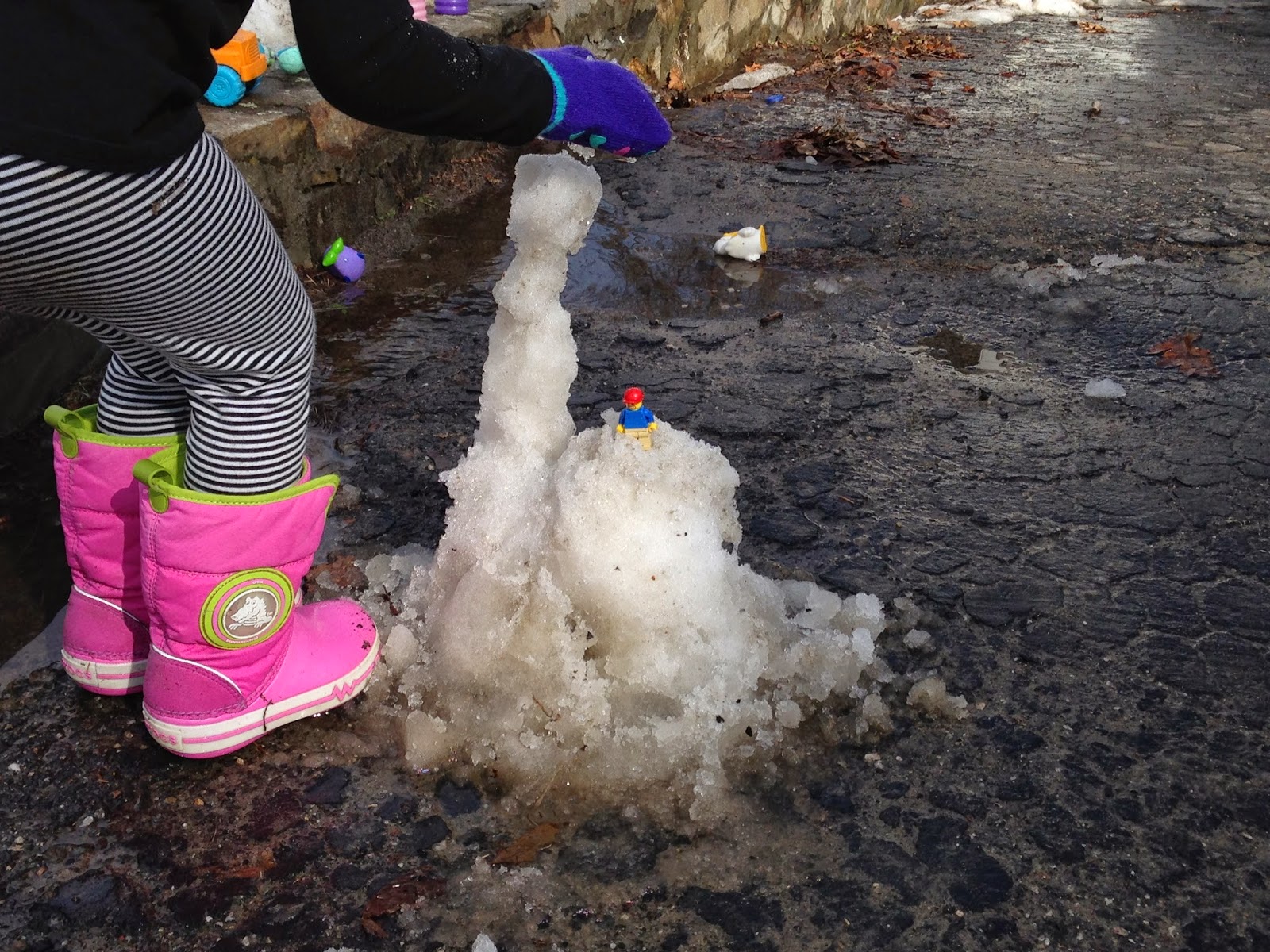 On one particularly warm day early this month, we did get to play outside for a few hours in the puddles and streams the melting snow made. The girls built snow castles in the driveway. 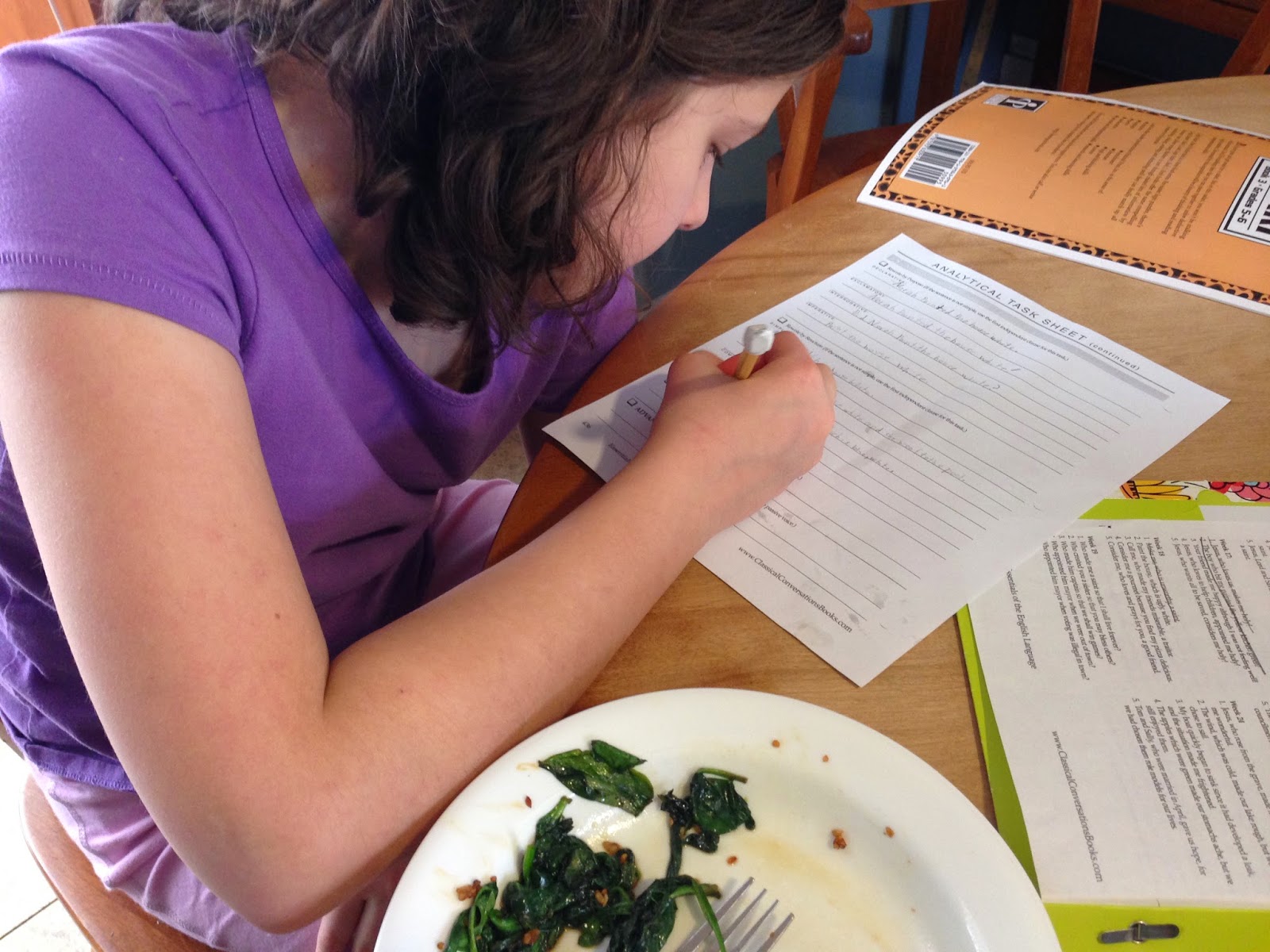 Our homeschool is intensifying during this season, especially our work in Essentials, the English grammar and writing program for Classical Conversations.  We are striving along and all the girls are making steady progress. 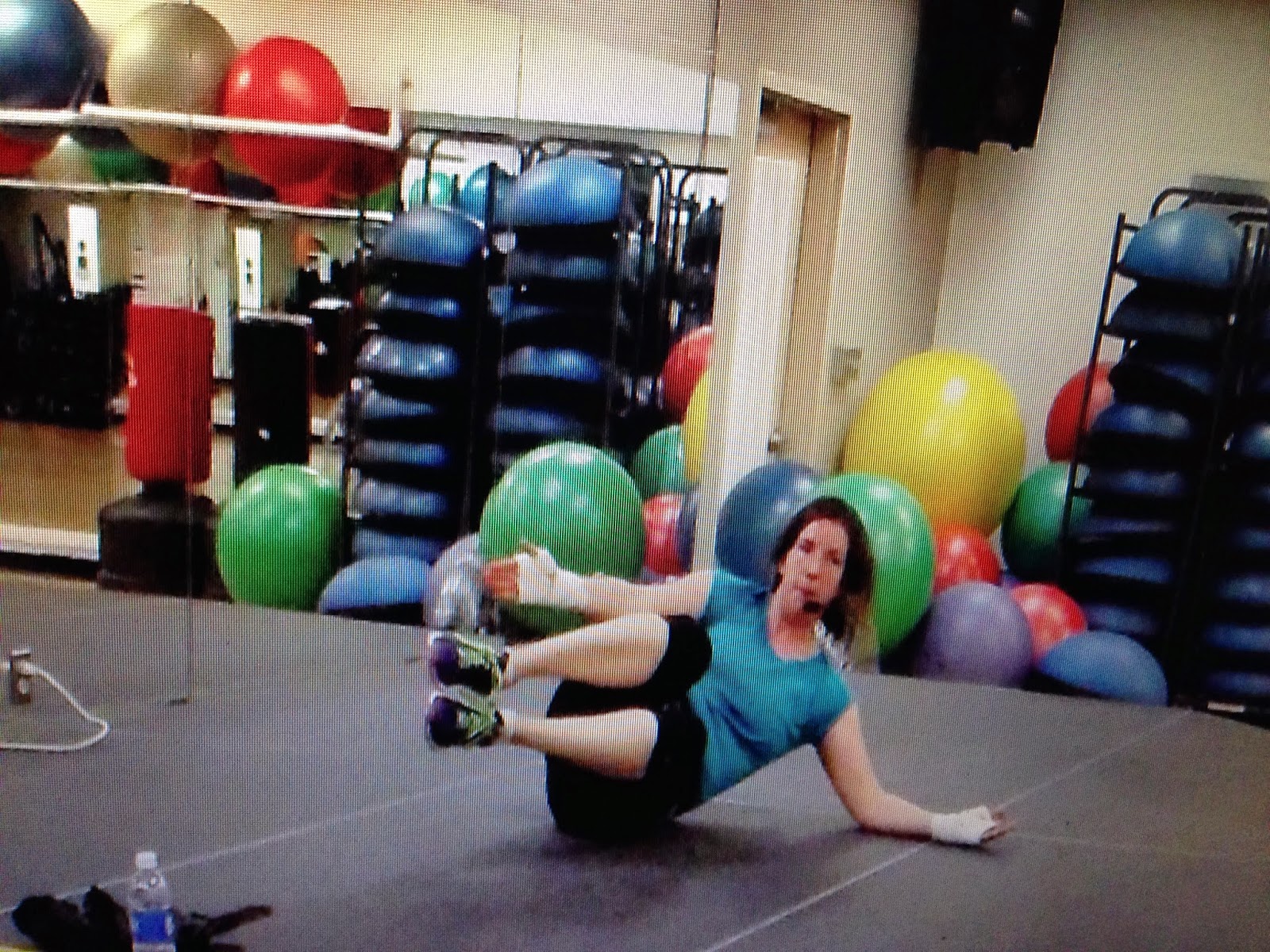 I am still teaching group fitness classes part time throughout the week.  Though it would certainly be easier not to work in addition to my other responsibilities, I like earning money and the exercise is proving to be a stress reliever.

My husband is still recovering from having foot surgery at the end of April. But, not to be outdone, our oldest daughter Norah tripped while playing with a group of kids, caught herself on both her hands, and fractured both her arms near the wrists this month!  She and my husband make quite a pair- she with two casts, he with a boot on his foot.  The picture below shows them on the couch relaxing together. 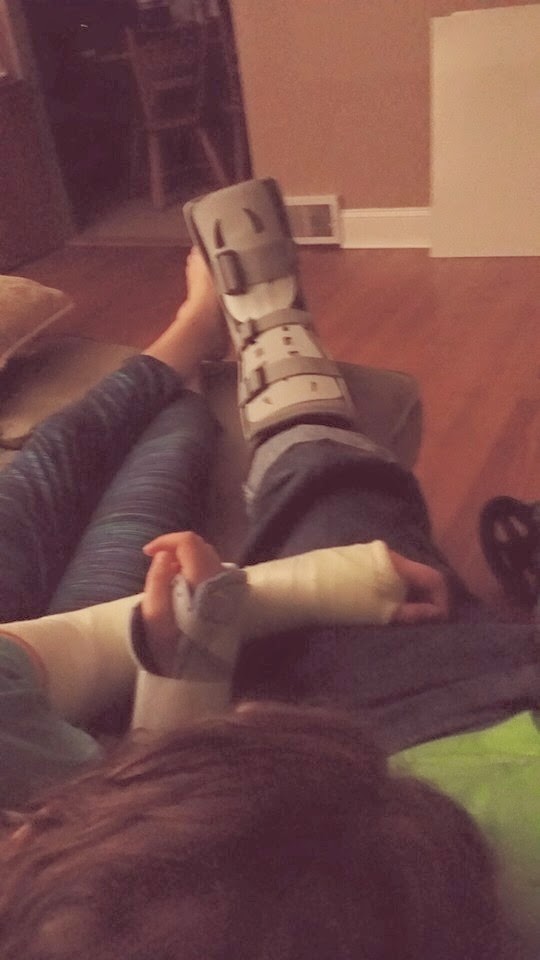 Aside from doing her handwriting, our daughter was still able to do most of her schoolwork.  Below is a picture of her certificate for completing Math U See's Delta, taken a few days ago. Now on to the next book. 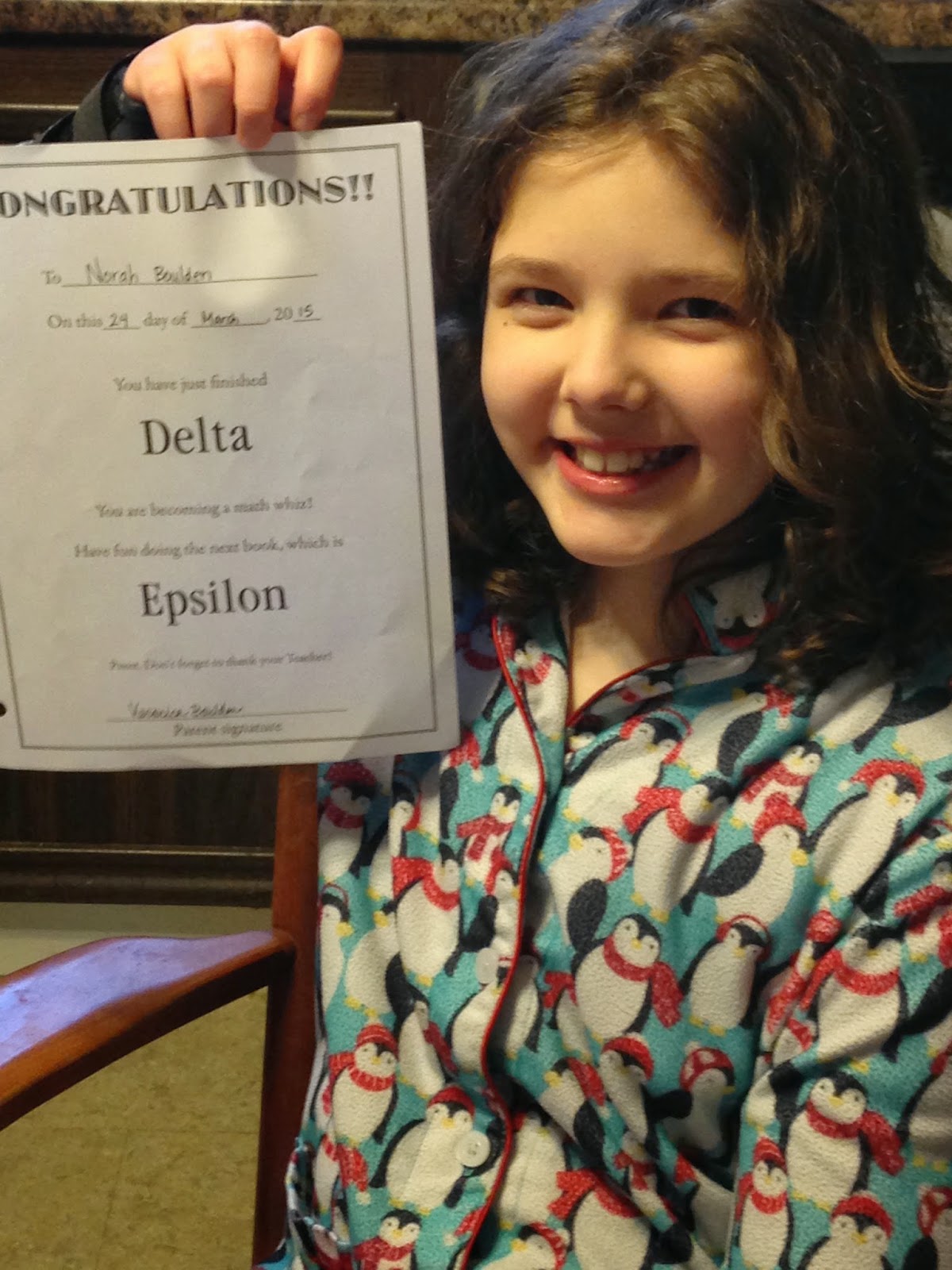 Like the song says, we have had a little help from our friends. Below is a photo of the McCandlesses shoveling snow for us on one particularly busy Saturday when it snowed again.  They were also the ones I called when I was stranded at the hospital with my daughter in the early morning hours. 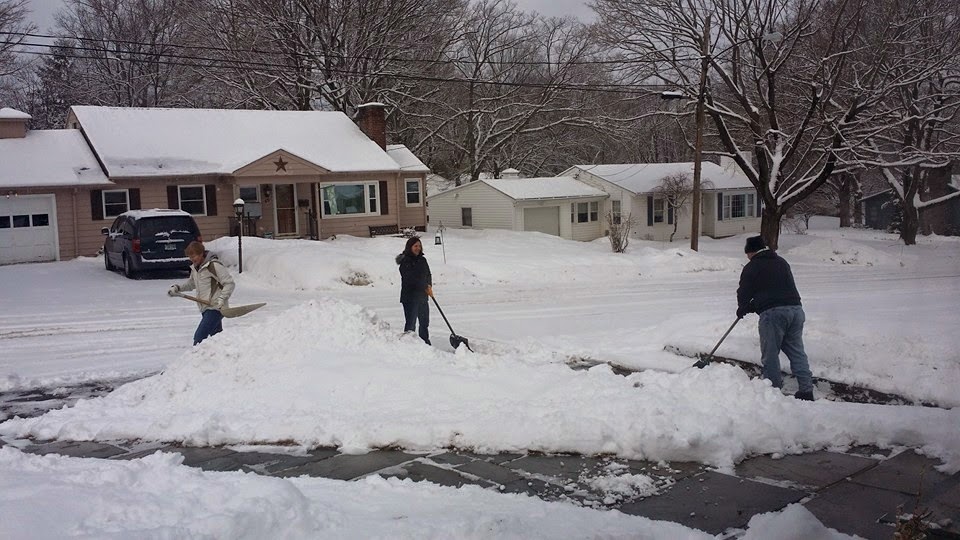 I took our two little girls to get desperately needed hair cuts a few days ago. While there, I got my hair chopped off, something I have been considering for a while.  I love it. Here's a silly selfie my husband and I took after the kids were in bed one evening.  He's had a very busy time at work and he is working on his master's degree at night, so we are stealing moments together as often as we can. 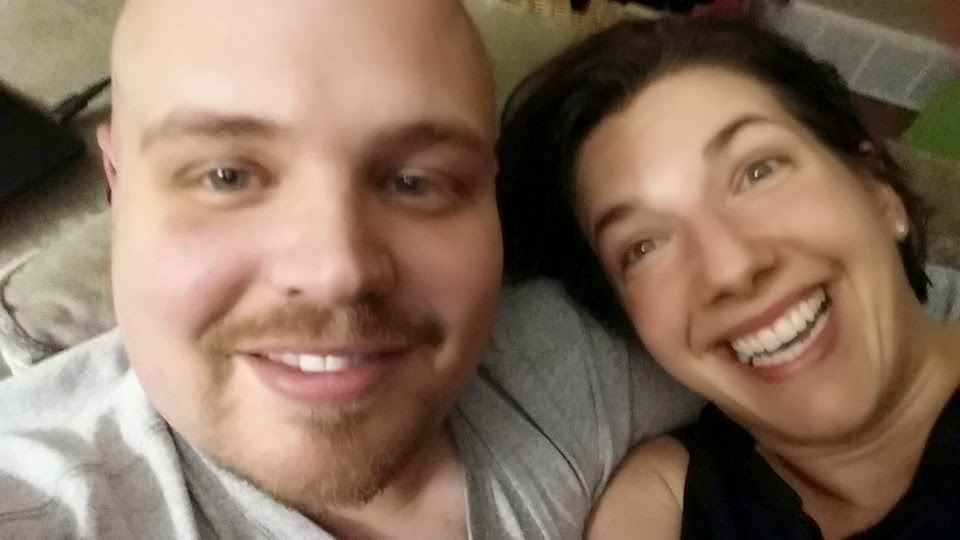 We got to celebrate our middle child's birthday this month.  She turned six. 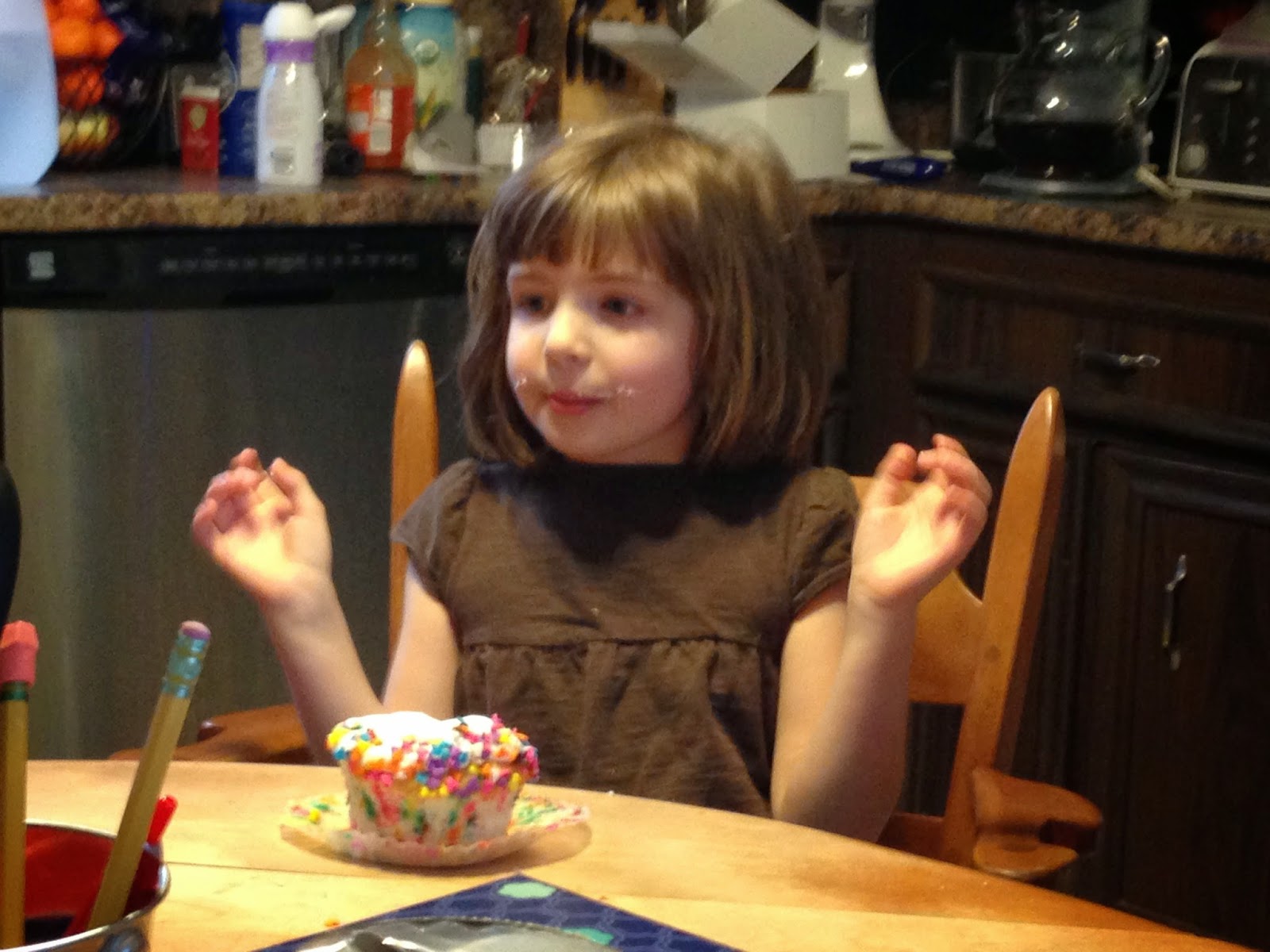 On her birthday, we had her favorite meal, spaghetti, and then we had cupcakes and opened presents. 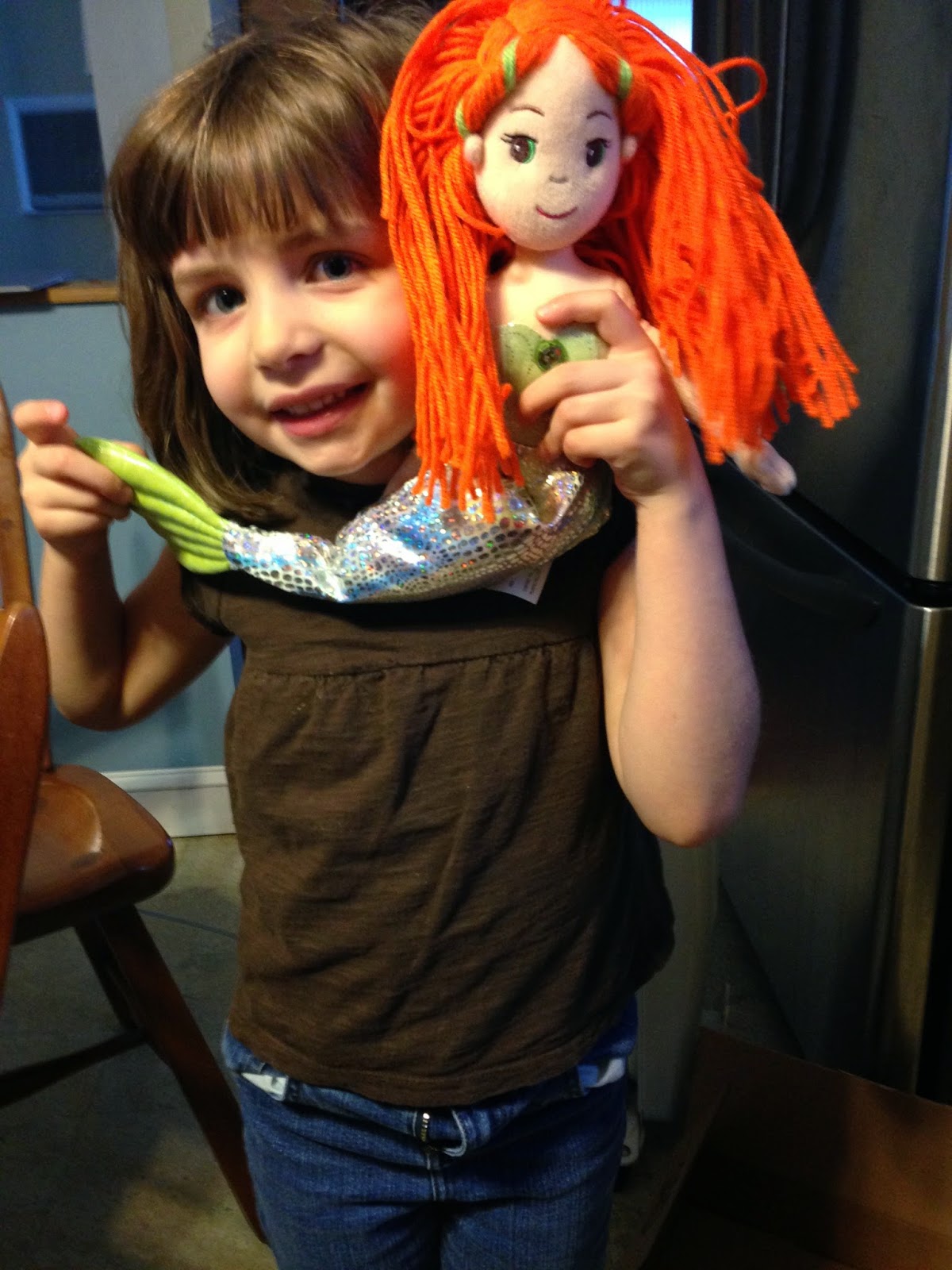 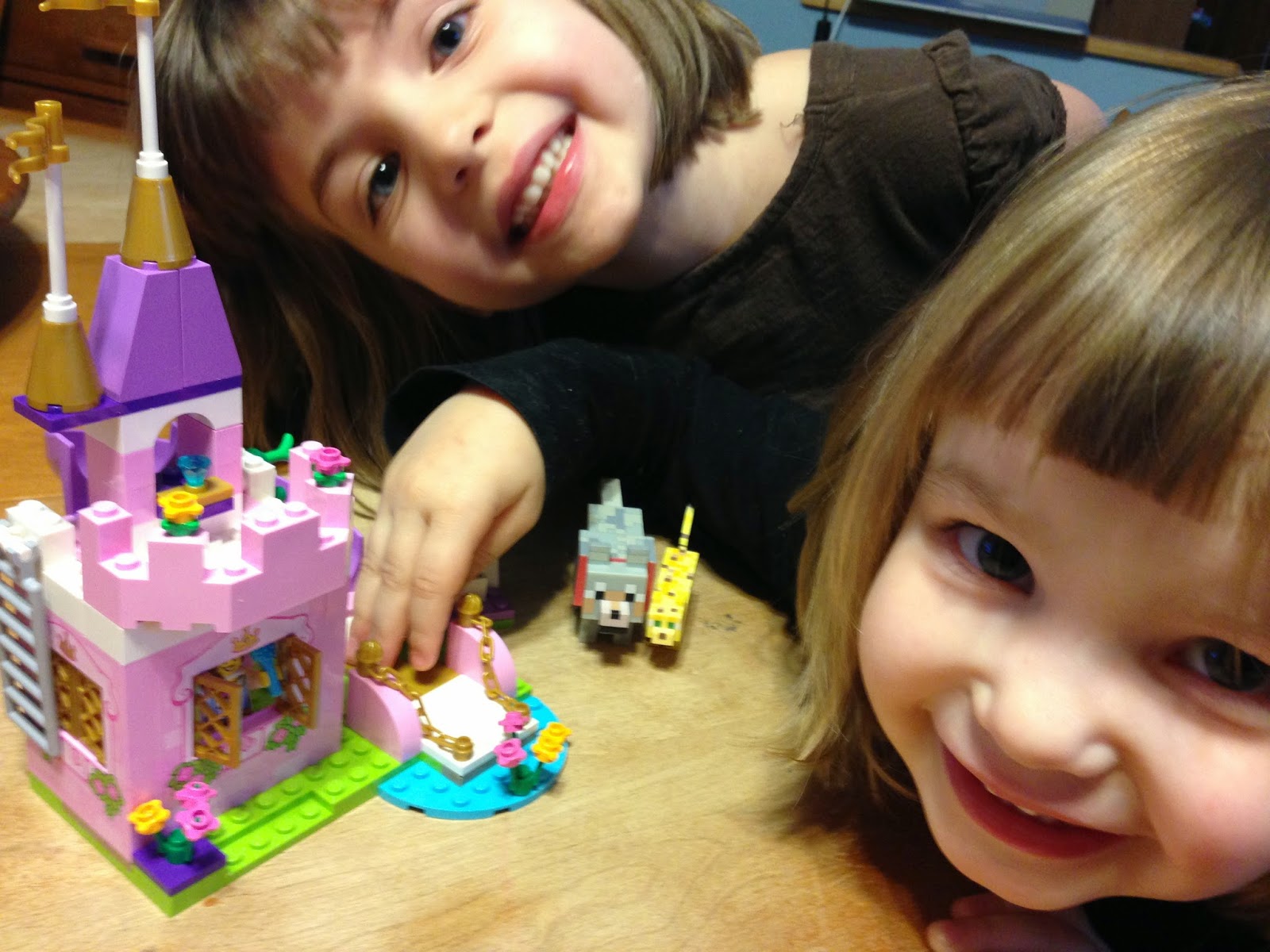 The next day, we had a small party for her at an indoor water park. This birthday party is something she and her sister have been dreaming of doing for a long time.

Because I was soaking wet, keeping a constant eye on our two year old, I didn't take many photos. But here's a photo my friend Kim took of my oldest daughter and her daughter Sophie in the lazy river.  Note:  Notice my daughter now has a shorter, water proof cast. She's healing quickly. 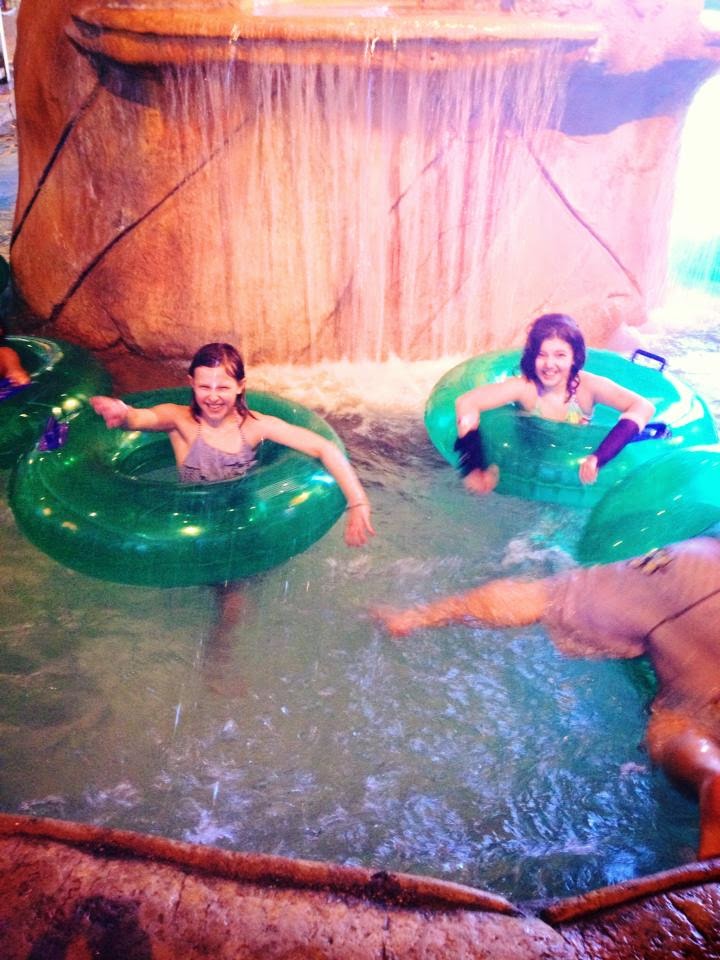 Here's a sweet photo of our Avril and her cake as we sang "Happy Birthday" at the party. 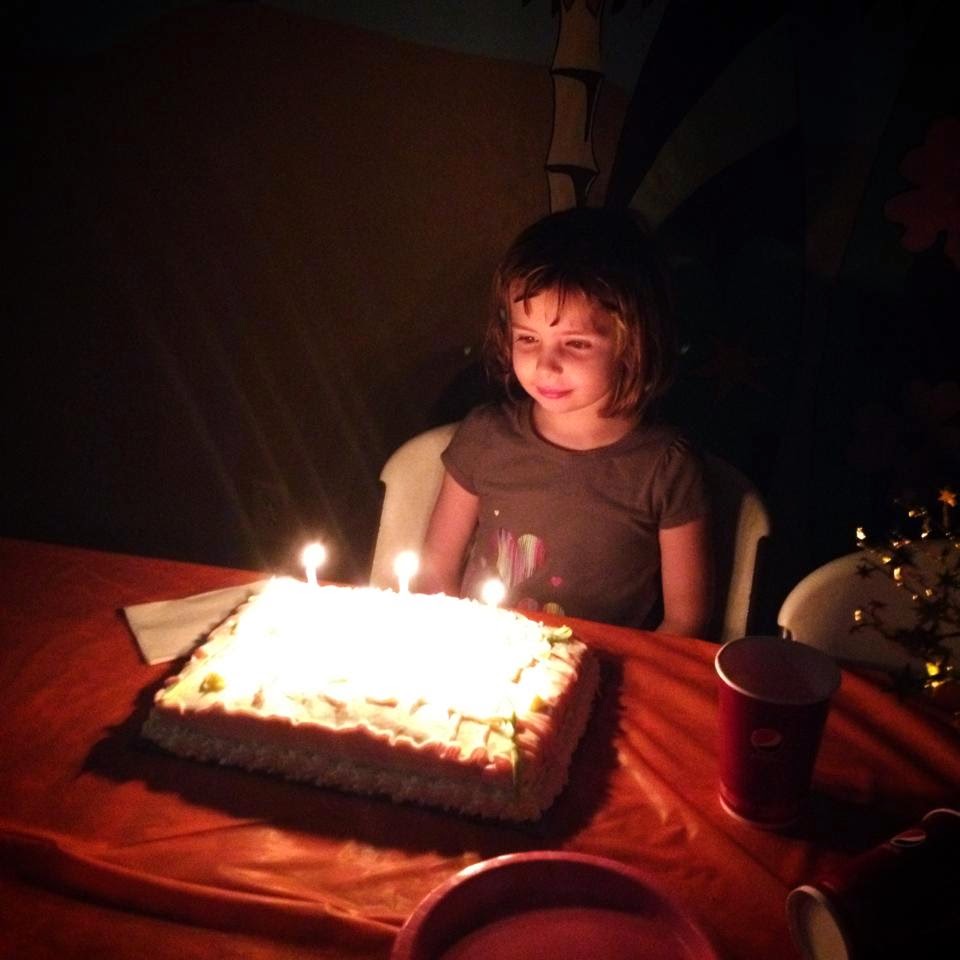 That's a brief overview of the month of March.  It's been busy and even really difficult at times, but nevertheless, we know that we have so much to be thankful for.

Posted by Veronica Boulden at 6:42 AM