Skip to main content
Posted by Veronica Boulden on December 21, 2017 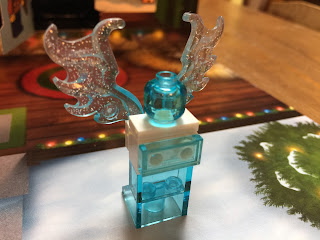 Once the old tree was gone, the elected officials had to decide what to do with the town square.

Planting another tree seemed too mundane and unsophisticated, so they asked the press to survey the public and see what the regular people thought about "the problem."

"What should the city officials do now that the tree is gone?"

Since every single person out of the first three hundred interviewed answered, "They should plant another tree," the press decided they weren't asking the right question.

Instead they started asking, "Do you think a Christmas tree in town square is inclusive enough?"

People would actually hesitate for about ten seconds before coming to the same conclusion and saying, "They should probably just plant another tree. Everybody loved the tree."

So the story made national headlines, naturally.

After six years of debate, the city officials were proud to announce that they had commissioned a Holiday Statue that only cost the tax-payers five hundred thousand dollars.

At a press conference called for the purpose, the city officials stood and thanked themselves for this "stunningly beautiful, progressive solution."