Skip to main content
Posted by Veronica Boulden on May 03, 2011 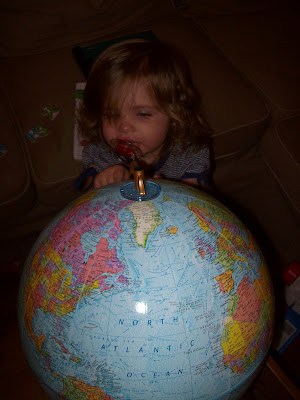 Sometimes I hear home schoolers complain, worry, express the fact that they need a separate geography curriculum, but this need may be resolved by simply using the globe as often as a new location comes up in all your other subjects.
Homeschool

Anonymous said…
I'm so glad to hear I'm not the only homeschooling mom learning along with my children!! :) I honestly think my 5 year old has a better grasp of world geography already than I did in high school, so I now I have to learn to keep up! :)
- Michelle DiMaio
May 2, 2011 at 10:21 PM

Unknown said…
You are so right. We not only have a globe but a big map on our wall in the hall way. I will catch my son looking at the map just because it is so neat.