Over Twenty Hours in Three Days

Posted by Veronica Boulden on September 19, 2021 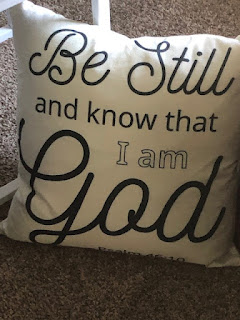 My oldest daughter and I drove over twenty hours in the past three days in order to visit two of her top four college choices. Interestingly, we ended up visiting two other colleges that were not on her list as well. When we asked the GPS to take us to Chickfila, and it lead us right to Chickfilas inside two different university student centers. So my sheltered daughter had the opportunity to gawk at a virtual city of college students and buildings at two massive secular universities. All the colleges on her list are small and private. So we actually saw a total of four colleges, two up close for hours, and two we saw for the amount of time it took for us to figure out it wasn't a freestanding Chickfila, turn around, and get back on the interstate. We saw enough of those big universities to serve for comparison all weekend, especially by way of stark contrast.

For instance, as we were driving back towards the highway at one of the big universities, we passed a frat row. She knows what "frater, fratris" means, since she's done six years of Latin, but she had no idea what fraternities actually are. So I gave her a quick explanation as I was driving by at twenty miles an hour, and I told her, "This is as close as I hope you ever get to a frat row."

It'll be a trip we both remember forever. It was an ideal road trip in almost every detail right down to an odd experience with a gas station attendant somewhere in rural America.

"She is God-like, " he said, gesturing to his face and then pointing to Norah's face.

"Thank you," I said uncertain that I was actually thankful.

Note: The gas station attendant was elderly with bright orange hair and a thick accent.

That's right: orange hair. I kid you not.

"If God is in front of you," he said, "nothing can keep the things from going forward as they should."

The words poured out his mouth so fast they seemed a demonstration of the idea he was conveying.

It was incredibly strange.

Norah and I both said something like, "Yes. That's true. Thank you," which I realized later practically amounted to an "Amen" to all he spoke.

We shuffled out of there and wondered aloud about who he was, what he perceived, and whether God would use such a messenger.

Did he somehow know we were traveling to see colleges and we are seeking God's will for Norah's future? I'll ponder that experience in my heart. The encounter may take on mythical proportions as it gets told and retold through the years.

I sensed the presence of God with us and His joy over our fellowship throughout the trip. We talked for hours and hours and hours about all manner of topics. We had only one big, blow-out argument in all those hours cooped up in the car. It was about art. Norah says I don't value film enough, and apparently, that's a trigger for me, because the remark/ accusation set me off. Some ten minutes into this heated exchange, a recognition came over me. I was basically taking the part of Plato (ie: Art is dangerous).  And she was basically taking the part of Aristotle (ie: Art can be used for good). At that point, I determined that if a Classical Christian homeschooling mom and her almost grown student/daughter find themselves arguing over something Plato and Aristotle disagreed about, we're probably won't resolve the conflict and we are simply asking the right questions about life in general. So I took heart, and so did Norah. We certainly agreed that art is powerful and we decided to let each other live. She understands that I have far too many books to read to watch any films right now and she can respect that.

We have two more colleges to visit next month. She still thinks she knows exactly where she wants to go, and her dad and I agree with her first choice, but wisdom dictates that we don't allow her (or ourselves) to put all the proverbial eggs into one metaphorical basket. What if she doesn't get accepted into the college of her choice?  We grown-ups think it wise to force her (and ourselves) to faithfully consider more than one college. The exercise has been very fruitful in ways we did not foresee.

The types of colleges we have seen plus the hours of uninterrupted conversation are prompting some great dialogues over fundamental questions like:

What is the purpose of college?

How should a Christian college function?

What all do you want to make sure you can study in college?

What forms should Christian learning, life, faith, and worship take?

The ongoing dialectic we are in right now is so clarifying, interesting, challenging, edifying, even fun!

And it's true, what the convenience store clerk said, basically, is that "If God is for us, who can be against us?" We know it will all work out as God means for it to work out.