A Day at The Met 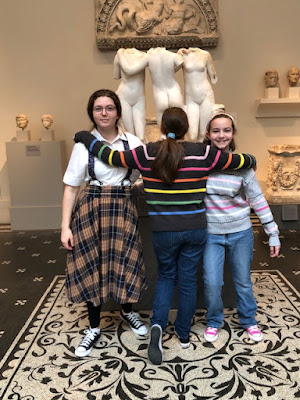 Norah returns to work tomorrow, and she'll return to college at the end of the week.  We all had one, final day off together, so we asked her what she wanted to do, and she answered, "The Met." So we got up early, made a quiche to eat for breakfast on the way, and arrived at The Met even before it opened. 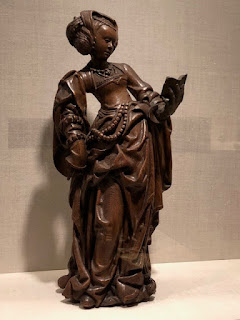 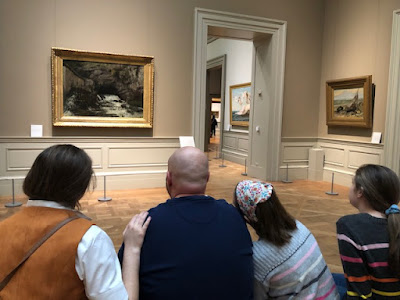 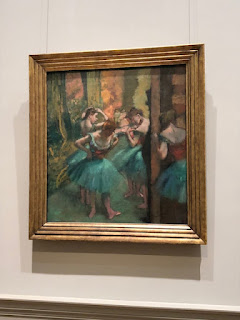 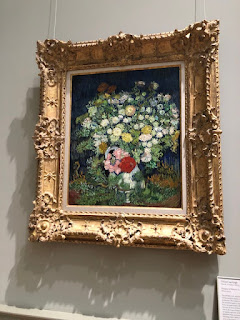 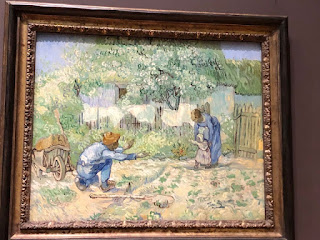 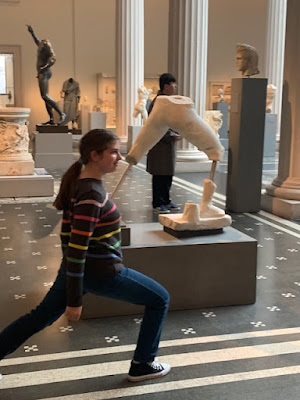 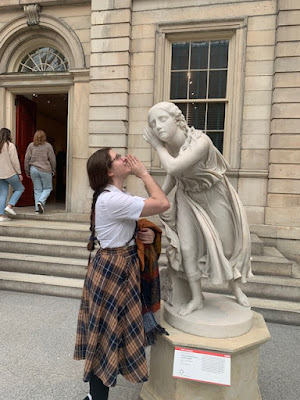 We toured the Greek and Roman section, the Medieval section, had lunch in the Cafeteria, then toured the Dutch Masters exhibit, The American Wing, and ended our visit after The European Paintings. We paid special attention to the artists we will be studying in Classical Conversations this year including Monet and Renoir.

We left in the early afternoon. Since we brought drinks on ice in the cooler and homemade cookies Norah had made the night before, that's what we had for snacks on the way home, so no one was hungry until a few hours after we'd arrived back home. So we took showers and read silently for a few hours. It was nice to sit down in the quiet after standing and walking through crowds for hours.

I was in the mood for Chinese, but instead of ordering and picking it up, I made homemade egg fried rice, enough for everyone, and Dwayne panfried some of the chicken and vegetable dumplings we had in the freezer. The dumplings Dwayne was making brought to mind The Funny Little Woman, so we listened to that audio book while we ate just for the fun of it. We cleaned up together, then Dwayne read from The Hobbit for half an hour or more, at least until Gandolf had rescued Bilbo and the dwarves from the goblins. Most of us are already in bed with books and/or crochet projects. Adele's still sitting me, flipping through books of paintings, even seeing some that she saw today. We'll all be in bed soon, since we're wiped out. But it was another lovely day together for which I am thankful.