Skip to main content
Posted by Veronica Boulden on September 17, 2010 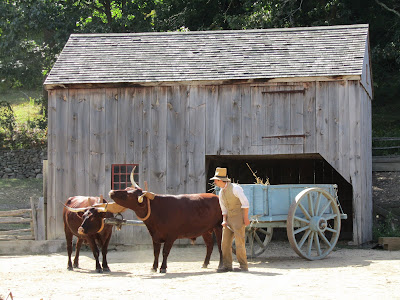 It was one of the most laborious things I've ever witnessed; a yoke of oxen backing a cart into a barn. The animals were moaning and snorting, dust was flying, the cart sounded like it was going to break into pieces and the farmer was yelling commands and cracking his whip. This went on for almost five minutes. I thought they'd never get the cart into the barn. I thought it must be their first try. So, I probed another farmer who was standing near me and he assured me that everything was as it should be. He said these animals had been trained as a pair since they were very young and that the farmer in charge of them was doing everything as well as anyone could.

With that, I stood there, almost wincing over the painful, messy scene, and that is when the verse, "Do not be unequally yoked together with an unbeliever..." poured into me like scalding, hot water. I felt like I was filled at once and that I might burst open like a jar of clay. The people who heard these infamous words for the first time knew first hand just how hard it was for two oxen, even two oxen perfectly suited for one another, such as these, to do things like get a cart into the barn. They had witnessed the same scene I was watching day after day, so without even trying, they would have understood the implications of those words completely.

I said out loud to myself then, "Marriage is hard anyway." And, I felt the full weight of that confession, perhaps for the first time, as I watched these animals struggle under the same yoke. Even with Dwayne, who believes just as I do, it can be a laborious thing to make a marriage "go" sometimes. How much harder then, how much more impossible it must feel, at times, for those who are unequally yoked with their spouses.

That's when my thoughts went to an old friend who I have been praying for, who is currently struggling to make his marriage work. Right now, it is as if he and his wife are pulling in opposite directions, both "trapped" in the same yoke. I asked God, with some new, yet still limited understanding of what he is facing, to give he and his wife grace. 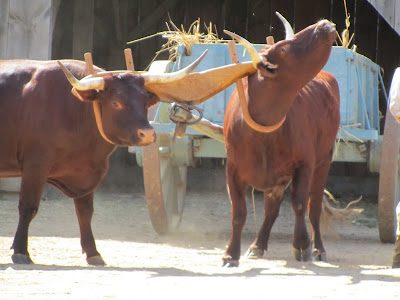