Skip to main content
Posted by Veronica Boulden on January 12, 2011
My resolutions for last year.

Let's see how well I did. 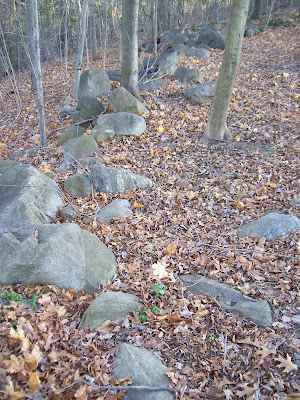 Let Norah play outside.
Norah played outside at least four times as much as she did the year before. But, still, I could really improve on this. If I make a list of resolutions for 2011, this will stay on top.

Keep a garden.
I added several perennials to my flower bed early in the season, but I still ended the summer with a bed full of weeds. My word for 2011 will be "consistency." I've learned through trial and error that it's more effective to spend ten minutes every morning in the flower garden than a whole day once every two weeks. And, we ended up planting vegetables, enjoying lots of fresh peppers, cucumbers and tons of tomatoes. I even learned how to can my own tomatoes this year.

Listen to Scripture.
I did well with this. Listening to and reading the Bible have become such a habit that I can't even believe I was in a place where I had to put it on a list at the beginning of last year.

Pray.
This is another thing that I did well with and another thing I can't believe I ever had to resolve to do. Glory to God for the difference a year can make. Ask anyone who knows me. Praying is like breathing for me now.

Sew.
I squeezed in two quilted pillow cases and a baby blanket before the year's end, basically.

Collect books and music.
Purchasing new music has become another regular thing. To me, it's worth the money I spend because I buy worship music and end up wearing the songs out, listening and singing to them so often. And, to date, I have every home school book that I need. If I had a bigger budget, I'd "need" more books, naturally. But, as it is, I can afford what I must have, absolutely, and the rest I can find at one of the local libraries.

Call my friends.
I spend a lot more time on the phone now with those friends who I know prefer to talk that way, but I still would rather email. I am constantly emailing friends.

Keep my room clean.
I gave my room one thorough cleaning last year. That's it. Just one. But, I've started using FlyLady's daily plans as a guide and that should take me through my entire house on a regular basis next year.

Attend more home school group activities.
This is another thing I can't believe I ever had to resolve to do. By "forcing" myself to get out there, I have built some really strong friendships this year and now I crave time with my homeschooling friends and their kids.

Teach Norah to swim.
I did as well as I could have with this. While on vacation, we swam like fish in the hotel pools and I took Norah to a week of free swim lessons at the Y this year. But, I think it's just part of living so far north. Norah hasn't been under water (besides in the bath tub) in months. Looks like will have to wait till the summer for any more swim practice. And, I'm not working at the YMCA anymore, so we don't even have free access to an indoor pool.

Read to Avril.
If I had a nickle for every time I read "Brown Bear, Brown Bear..." this year, I'd be a wealthy woman. But, I'd like to do more with Avril next year. I'm not sure what "more" will look like. I'll let you know when I have a clue.

Talk to Norah.
We're always together. Norah's always talking. I'm always listening (sort of). But, her words usually just fill up the air in between us and our conversations, if you can call them that, rarely stir either of our hearts. It does happen, though, and when it does, it's awesome, but I feel like it should happen more often. (Or maybe I've just seen one too many Gilmore Girls.) Perhaps I will prayerfully "attack" our need to connect more with a plan of some kind next year. I'll let you know if I come up with something.