Good things happen when you limit the amount of time your kids are on screens.

Finally, they pester you.

All this lasts until they know you are serious about them finding other ways to entertain themselves.

Once they know you are serious about them entertaining themselves in other ways, they find other ways to entertain themselves.

Because no one likes to be bored.

These pictures were all taken within ten seconds of one another the other afternoon. 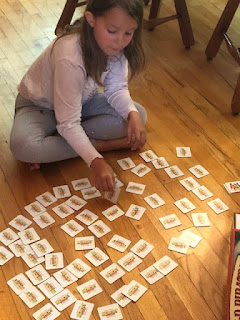 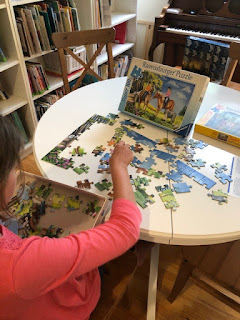 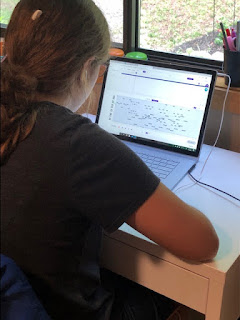 Notice that my daughter is on a screen in the last picture.

I'm good with that use of a screen.

My kids understand that some screen time is allowed, some is not.

If they don't understand why something is or is not allowed, I offer them my reasons.

If they disagree, I hear them out, and if I can refute their reasoning, I do.

Ultimately, it comes down to me being in charge and them having to submit to me as the authority who, very generally speaking, usually knows better than they do what is and is not a good use of tech.

Sometimes it just comes down to my opinion or my preference on the matter.

It is my opinion and my preference that my daughters can use the screen to compose music during the day, but they can't play Minecraft.

Their future bosses will have opinions and preferences and authority.

Note: They do have time to watch movies and play video games later, after dinner.

I'm talking about screen time during the daytime, specifically.

All this to say,  I really couldn't have been happier with the way my kids were finding to entertain themselves.

I felt like I was winning for a few moments that afternoon.

Note to self: It just took them knowing how serious I really am that they are never going to sit in front of the television and/ or play video games during the day. After that, they found some beautiful ways to use their free time.
Homeschool