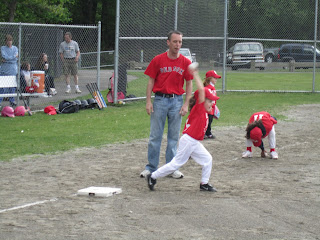 Throwing and catching to warm up. 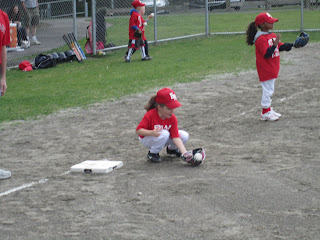 Getting ready to bat. 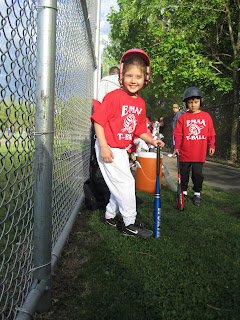 Right after she hit. The very next second, she was running toward first base. She scored a few times for her team. She did a great job. Our whole team seemed really well-prepared and well-coached. 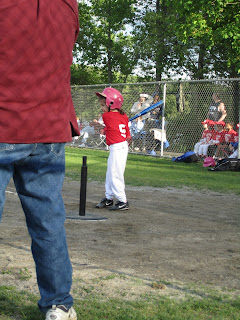 Waiting on third base. They have to keep the helmets on for safety while they run. T-ball fields are crowded with every opposing team member in the outfield, kids are always standing right in the base line, so it's like bumper cars on the way to the bases. 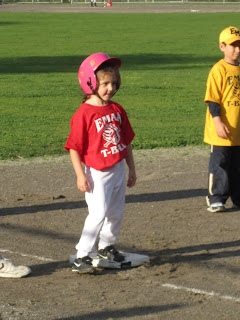 So, on a scale of one to ten: one being the calm parent who reads a book the whole game and ten being crazy parent who jumps and shouts and threatens the bad refs, Dwayne and I are, officially, a healthy six (or seven). Is that healthy? We are definitely more vocal than I hoped we'd be. I really wanted to remain very composed and graceful the whole time. But, I didn't really know where we'd fall on the scale till we saw our baby girl up there at bat and until she has to... beat that kid to first base! Oh my goodness! Run! Norah! Run! Run! Whew! Yes! That's my girl! Way to go, Baby!
Family

lindsey- house made home said…
too cute...I cant wait until our little one is big enough to play soft ball! love your blog!