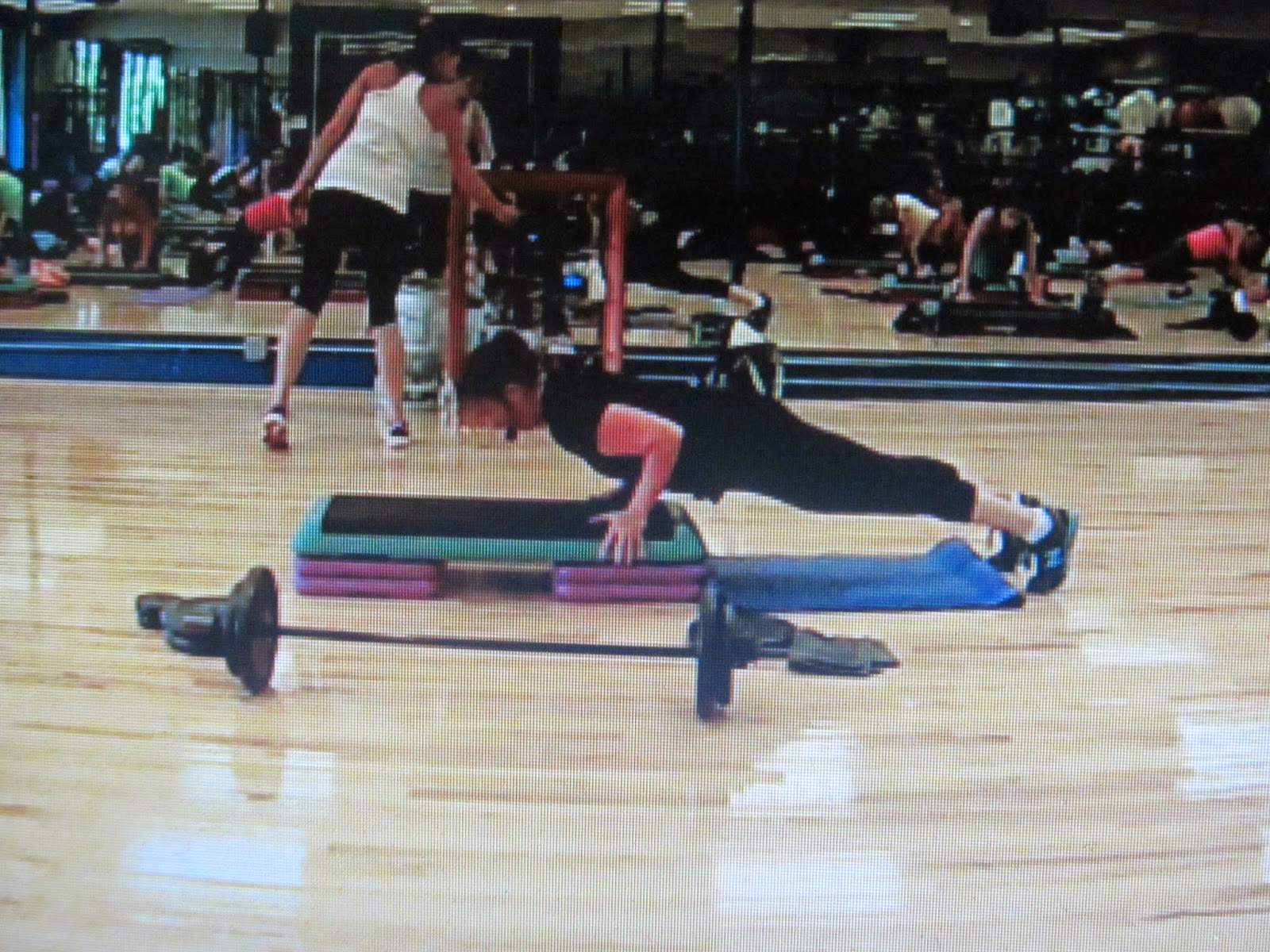 As many of you know, I am in the process of pursuing a Les Mills Bodypump certification.  I filmed my video assessment yesterday.  I taught the entire release of Bodypump 89 for a live class. The photo above is a screen shot from my assessment video. In the photo I am coaching tricep pushups during the tricep track.

I made a few mistakes on my choreography and there is one thing I would coach differently if I taught Bodypump 89's core track again, but my mentors don't think any of the mistakes I made are serious enough so I am going to go ahead and send in my video after I film my intro and add it to the beginning of the film.