Making broth from bones, chicken and beef, was one of the very first things I started doing at the beginning of my weight loss journey.   It is not the only thing I do, but combined with a diet of many other nutrient dense foods, it has had a great effect on my health. Read about the health benefits of authentic bone broth here.

We buy half a grass fed cow every year, so we have lots of bone-in cuts that we grill and roast in various ways for dinner.

Tip: Roasted bones make a delicious broth, but you can use any bones, roasted or not.  I often make broth from beef soup bones that I do not roast first. All you need are bones, any bones.

But, to make broth from roasted bones, I save all our left over bones, big and small, in a gallon-sized freezer-safe zip lock bag.  When dinner is over and it's time to clean up, I just pull the bag out of the freezer, throw in any of the bones, and throw the bag back in the freezer until I've got enough bones to make broth. 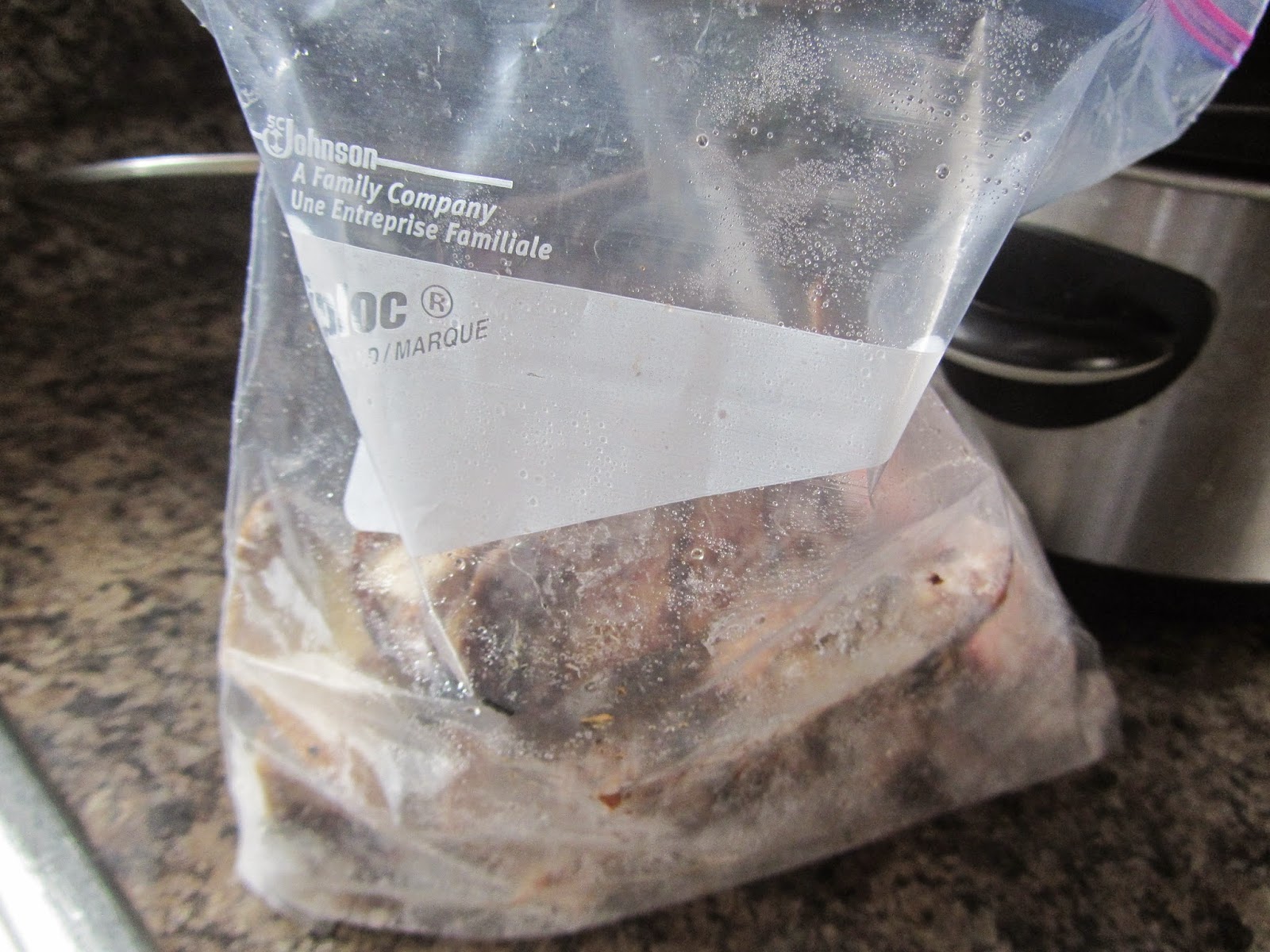 Once the bag is one-half to three-quarters of the way full, it's time to make broth. 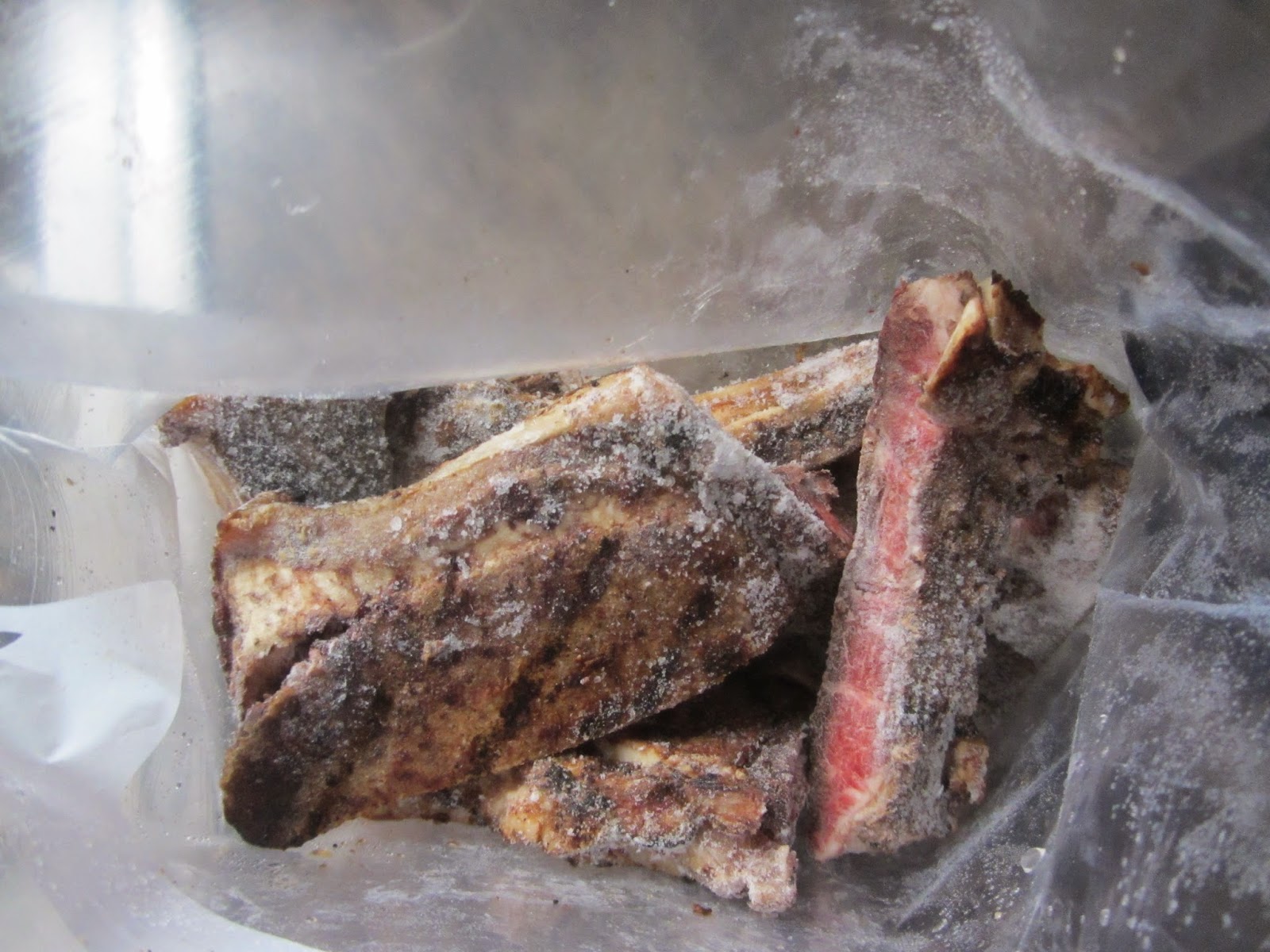 I open the bag and pour the frozen bones right into my crock pot. 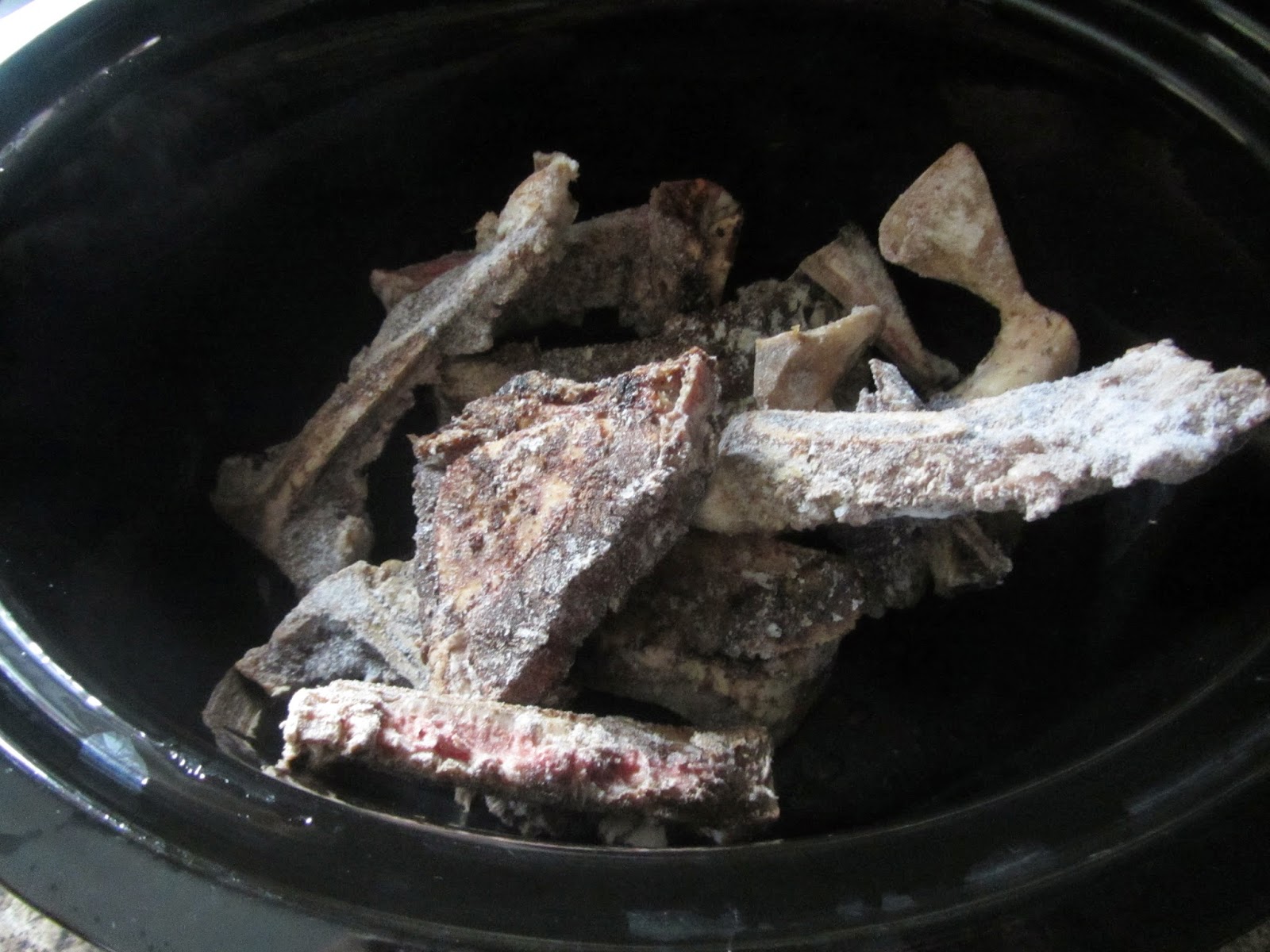 Then I add an onion, carrots, and a piece of celery. I don't even peel the onion or the carrot, because I will strain the broth so none of that stuff matters. I just wash everything, quickly chop or tear it into a few pieces, and throw it in. 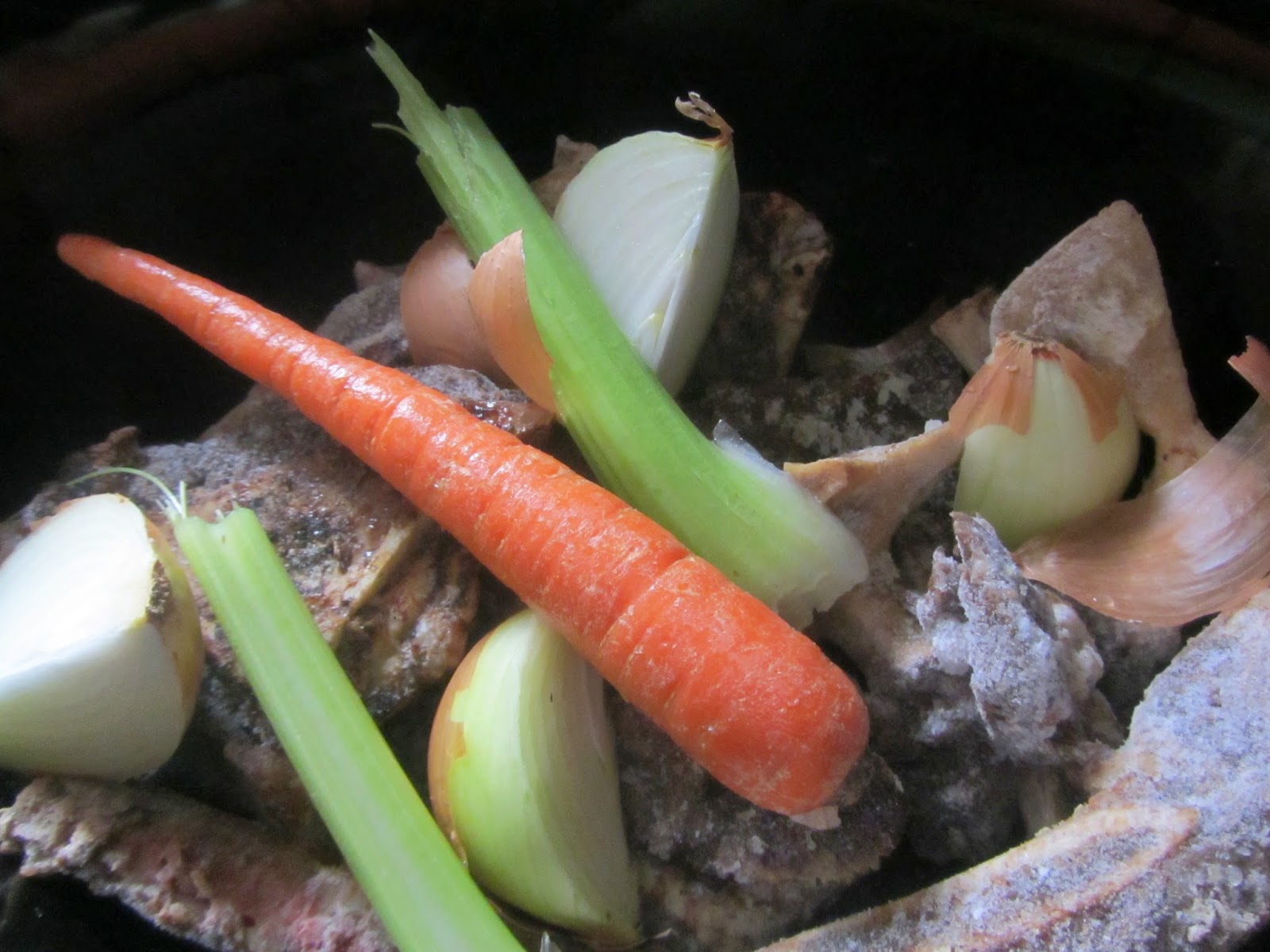 Next, I fill the crock pot with water. 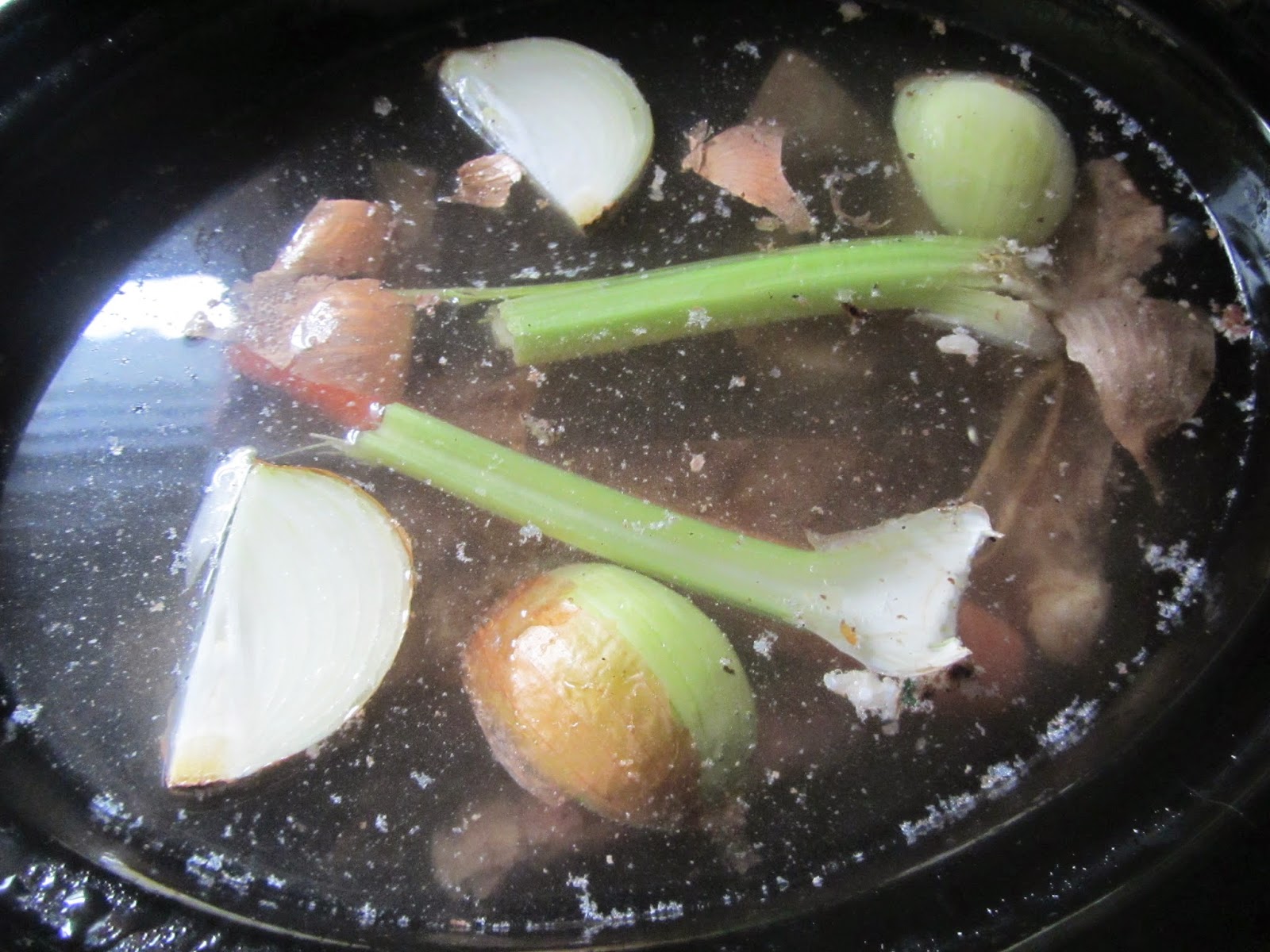 Then I put it on the lowest setting and forget about it until the next day.  After ten hours, my crock pot will automatically switch to the warm setting and the broth will continue to simmer for some time on that setting, so I can usually set my bone broth to simmer through the night and I can turn it off sometime the next morning when I get to it. 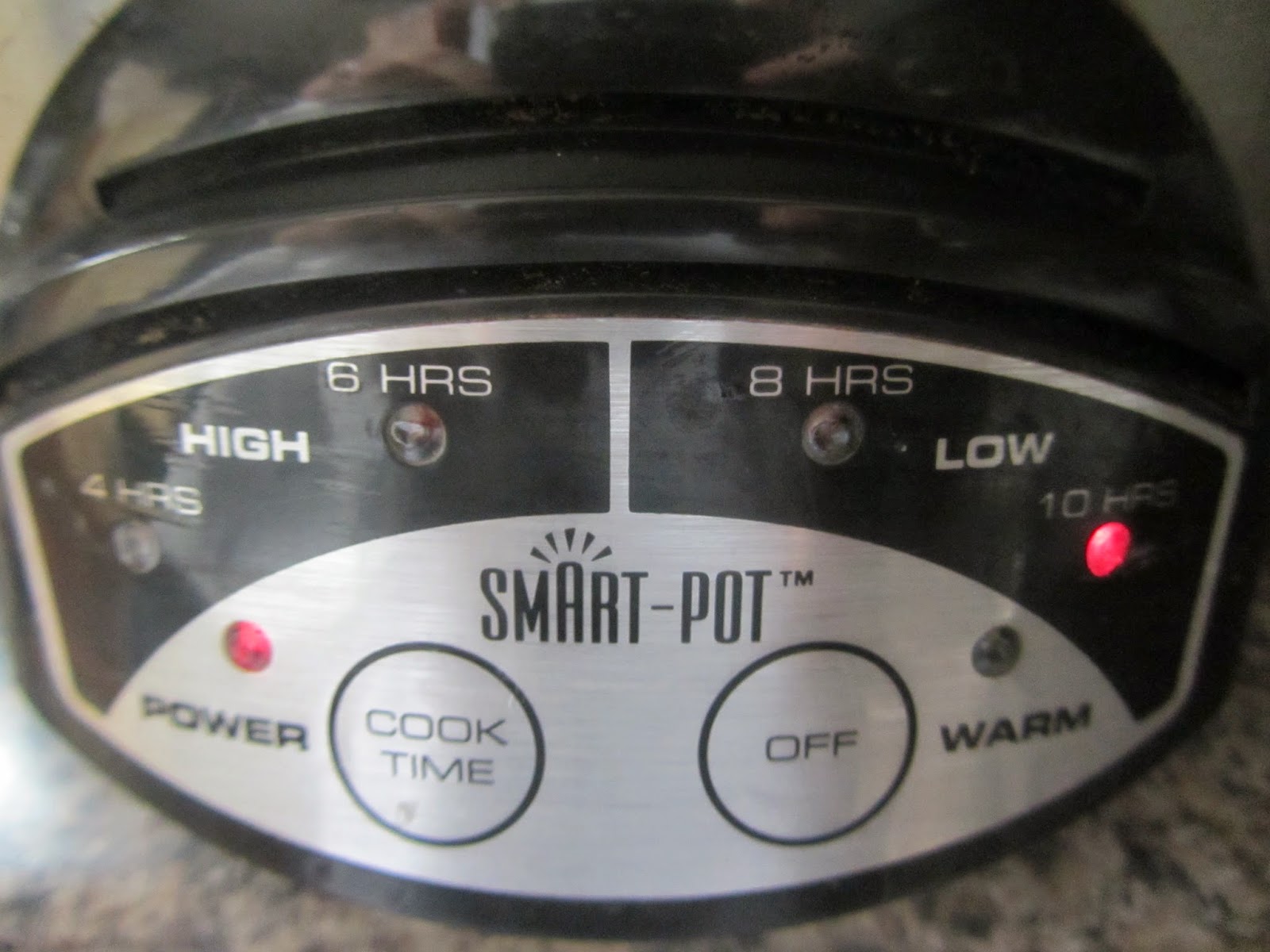 Once the crock pot has been turned off and the broth has cooled for an hour or two and it isn't so very hot, I strain the broth into a pitcher.  This can be a little messy, so I work in the sink. 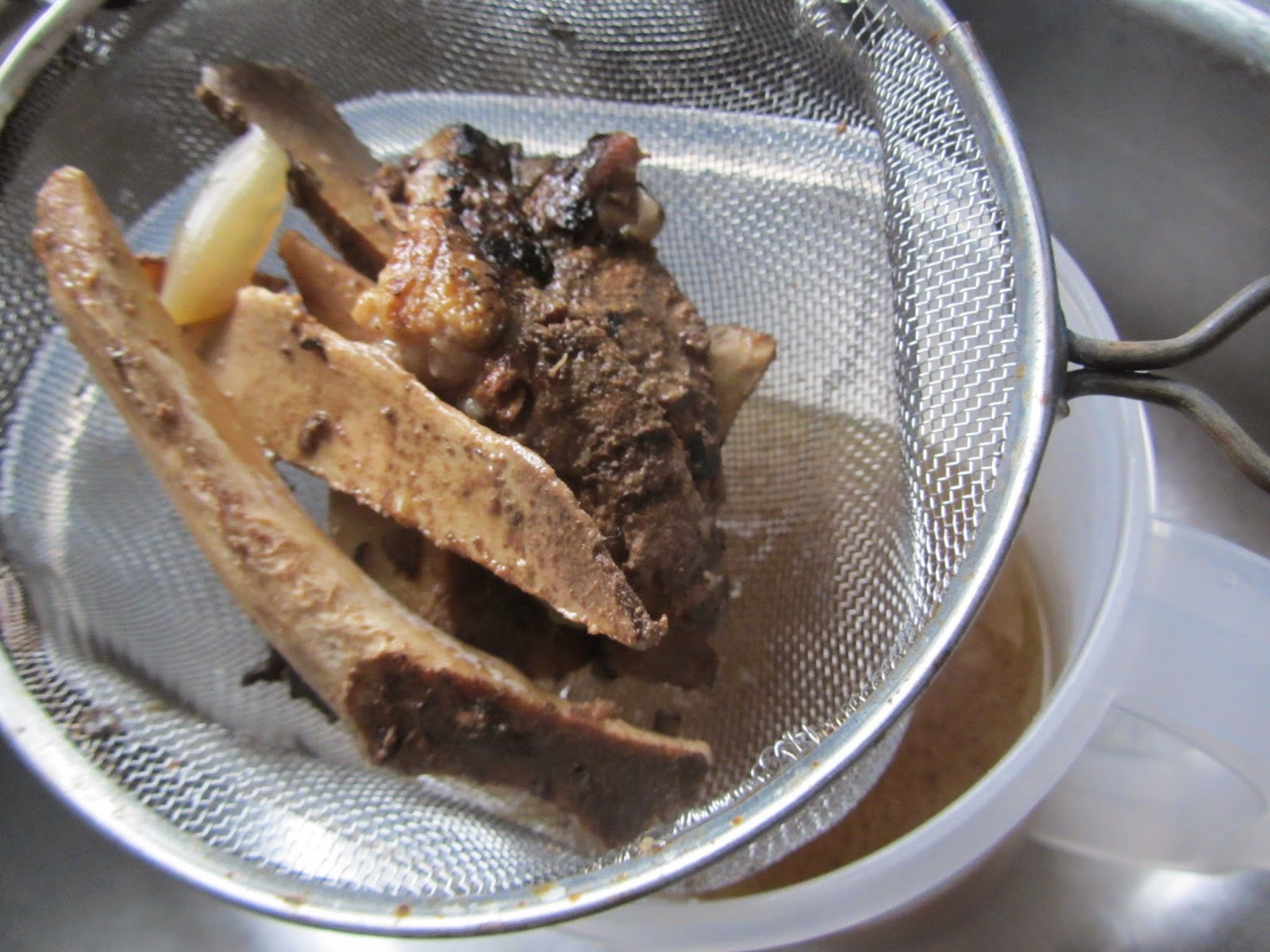 I put the warm broth into the fridge to totally cool off. 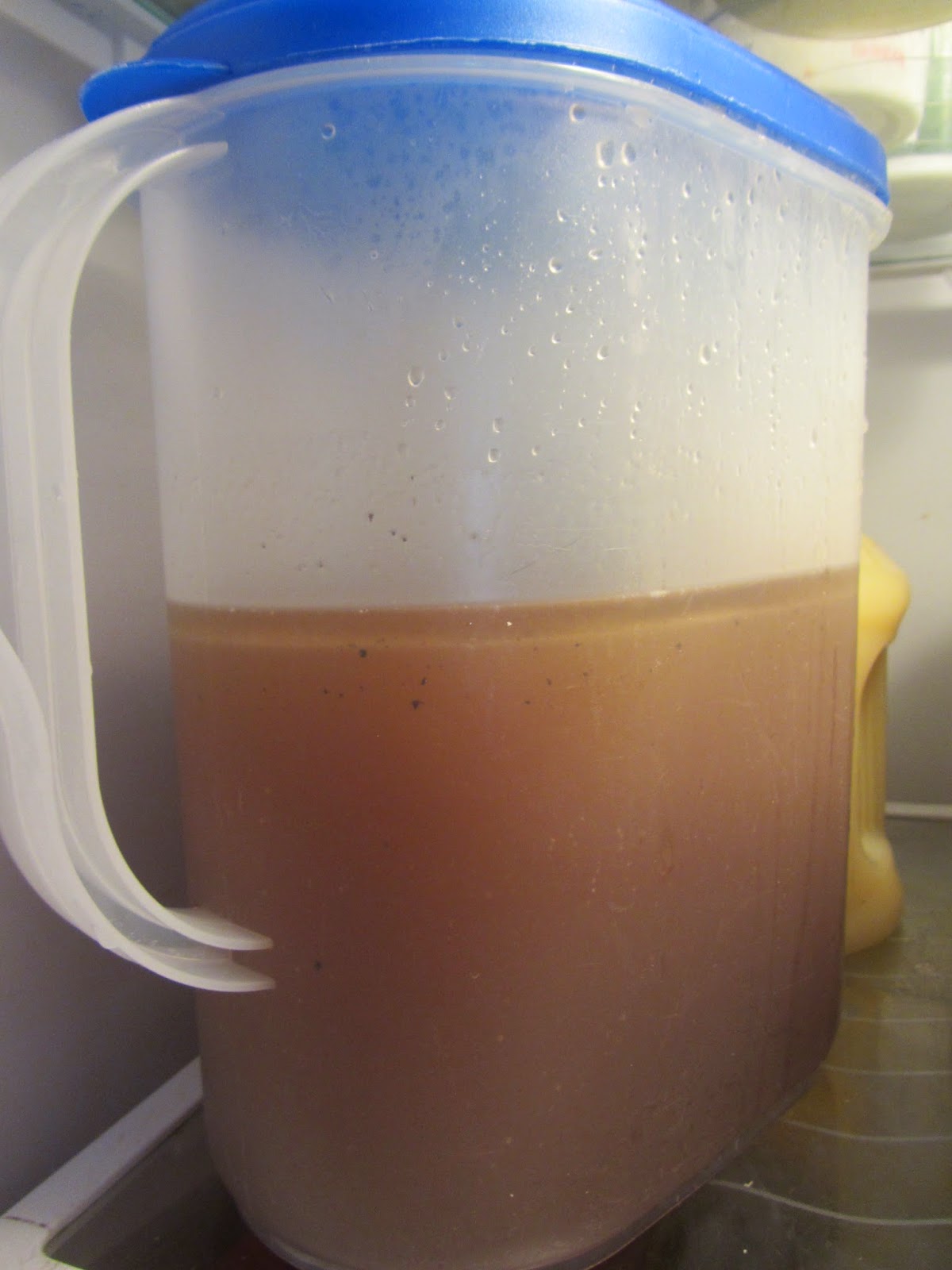 A layer of fat will form on the surface of the broth. 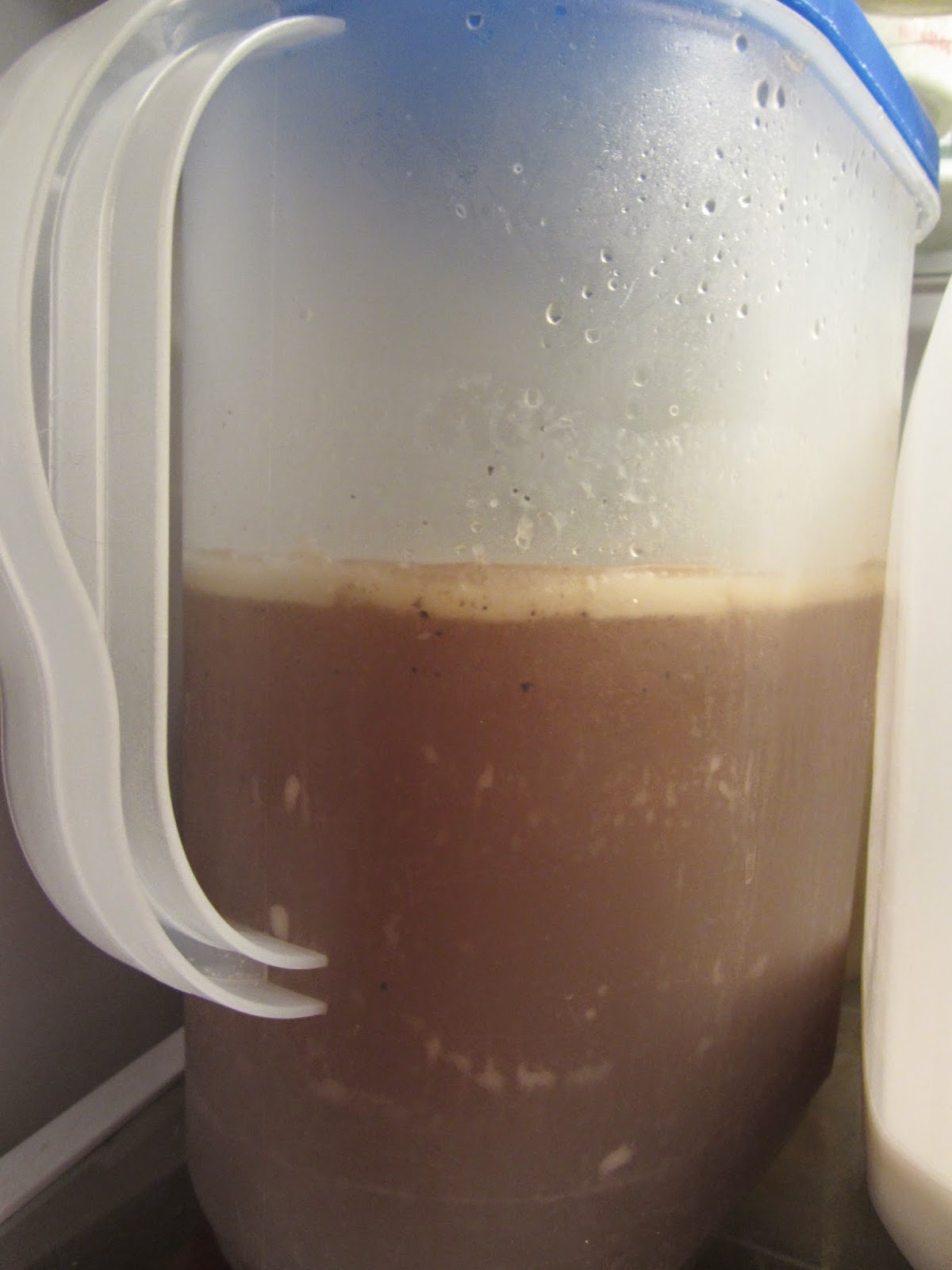 This is kind of unpleasant, but I scoop most of the fat off the top and put it on paper towels, so I can throw it away easily. 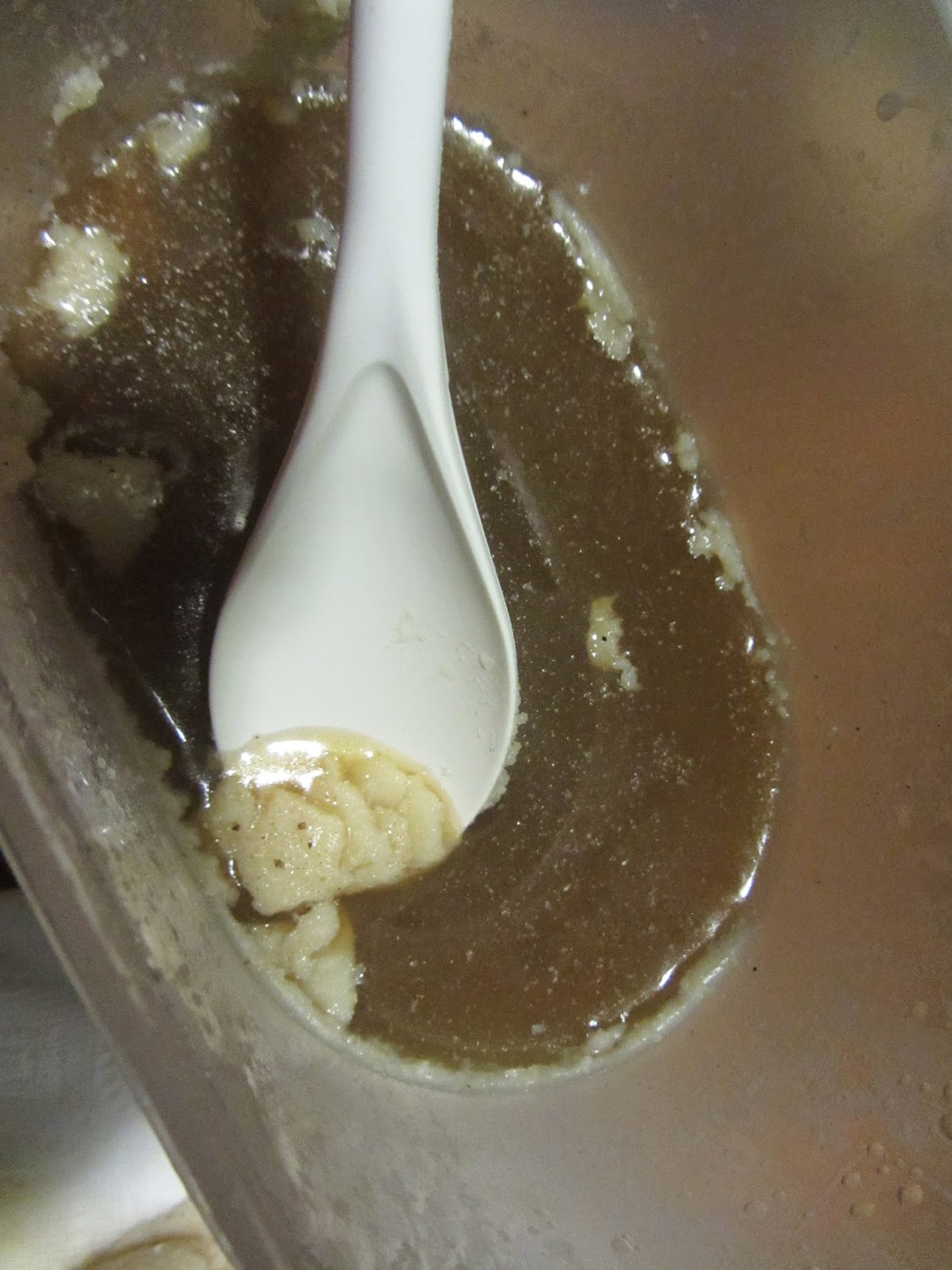 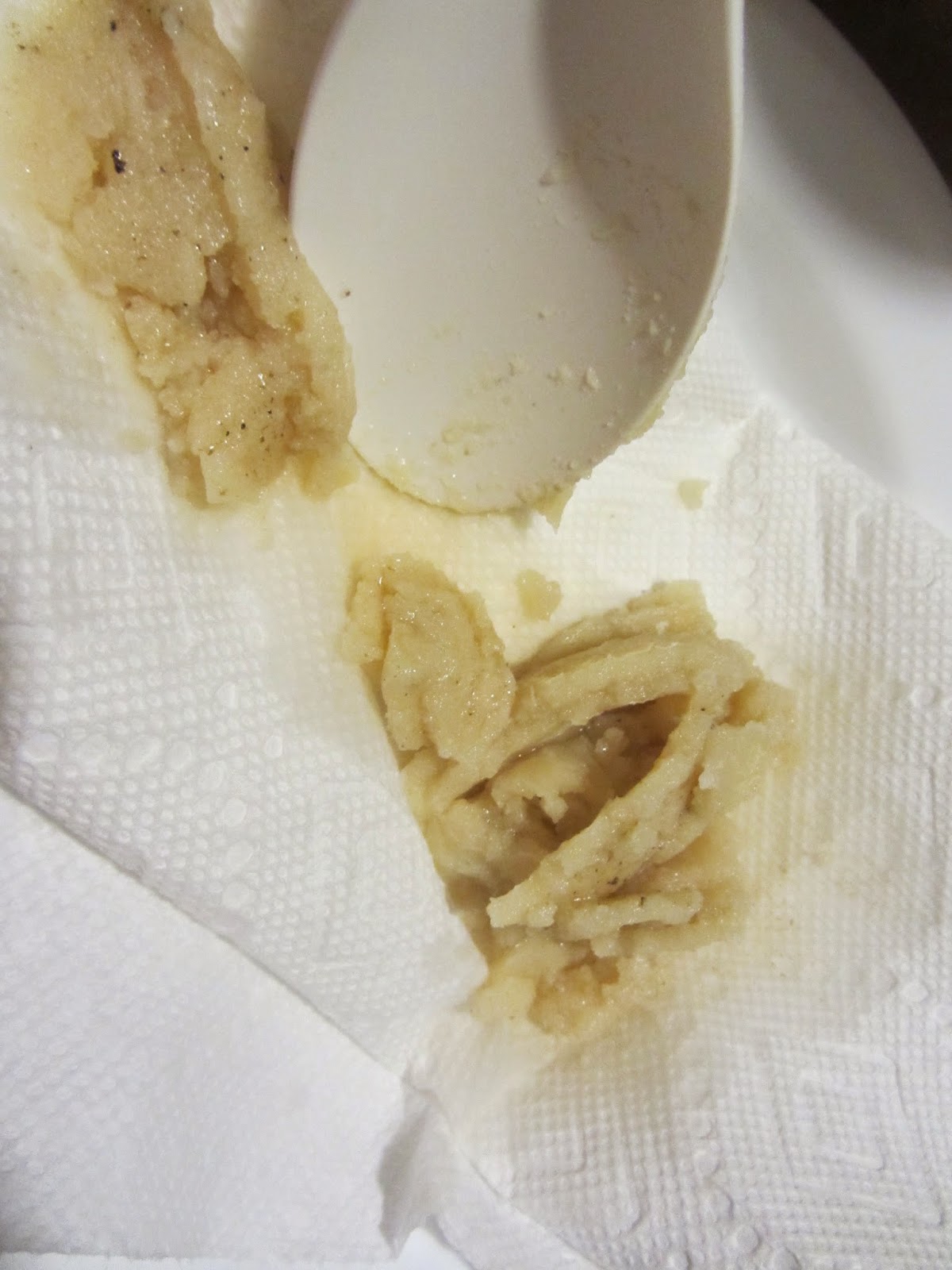 I don't worry about getting every little bit of fat, but I get most of it. 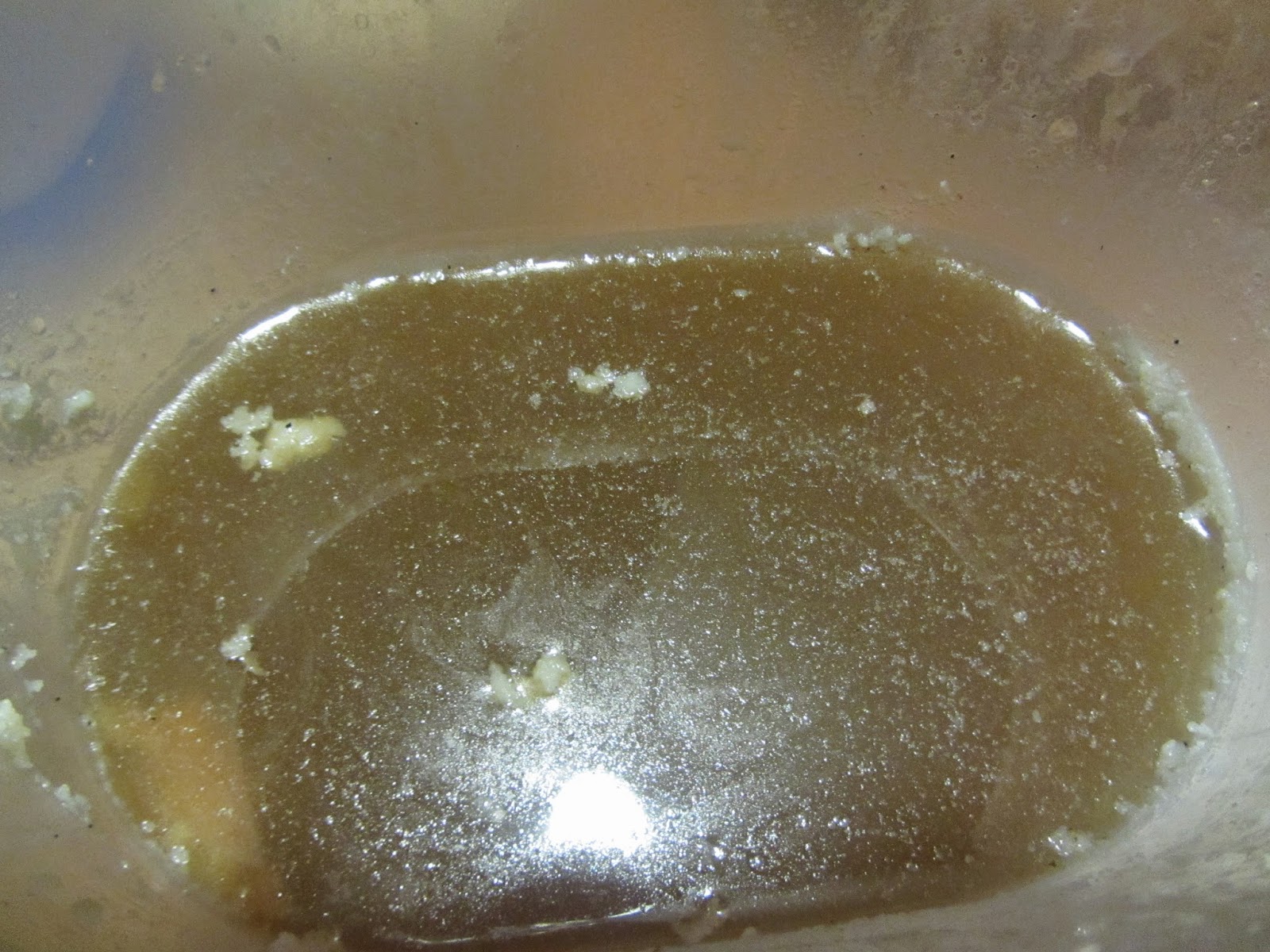 Now I pour the broth into freezable containers with twist and lock lids. 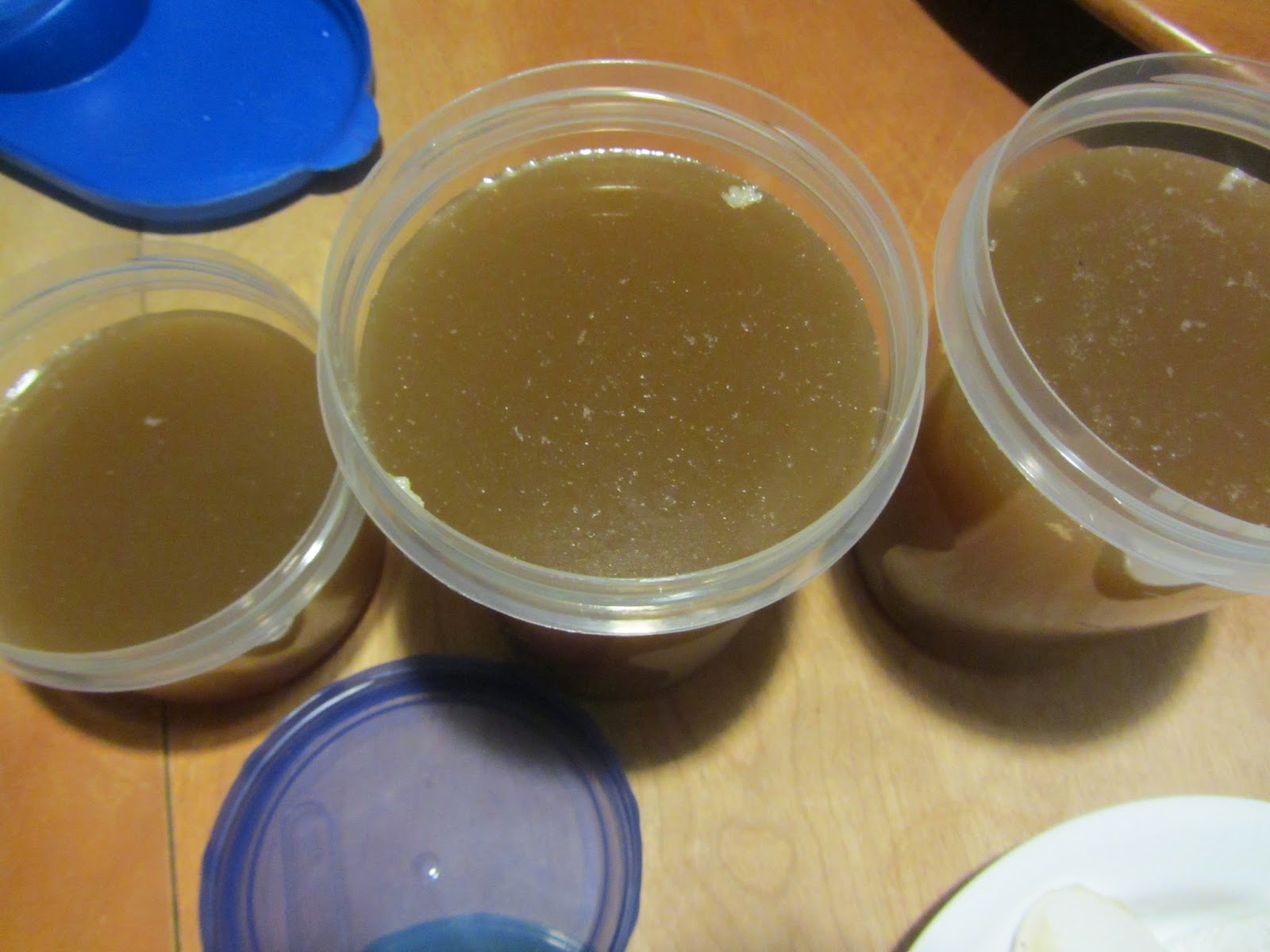 I don't stress over using exact amounts of broth in my recipes anymore.  From my experience, most recipes don't have to have an exact amount of broth.  So if a recipe calls for one cup or can, I just use the small, two-cup container of my homemade broth, a little more or less really doesn't matter. If it calls for more than two cups, I use the bigger, three to four cup container.  And if it calls for even more than that, this broth is so rich I can easily add water to any of my recipes and still have a very rich stock.

Since my broth stays frozen, I have to thaw it to before I use it.  I usually run hot water over the container until the broth inside loosens a bit, then I open the container and drop the block of frozen broth into a sauce pan and thaw it on the stove while I prepare other ingredients.  To me, it's worth the extra step and trouble for all the nutrition we receive from this broth.

Note: I make beef and chicken broth.  Sometimes they can look quite similar in color, so to keep them straight, I put a piece of tape, any tape: masking, duct, packing, whatever I have in a kitchen drawer, on top of the containers of beef broth.  If a container doesn't have tape on top, I know it's chicken broth.  If it has tape, I know it's beef, no matter how light or dark it is in color. Once the container is thawed, the tape always comes off quite easily. 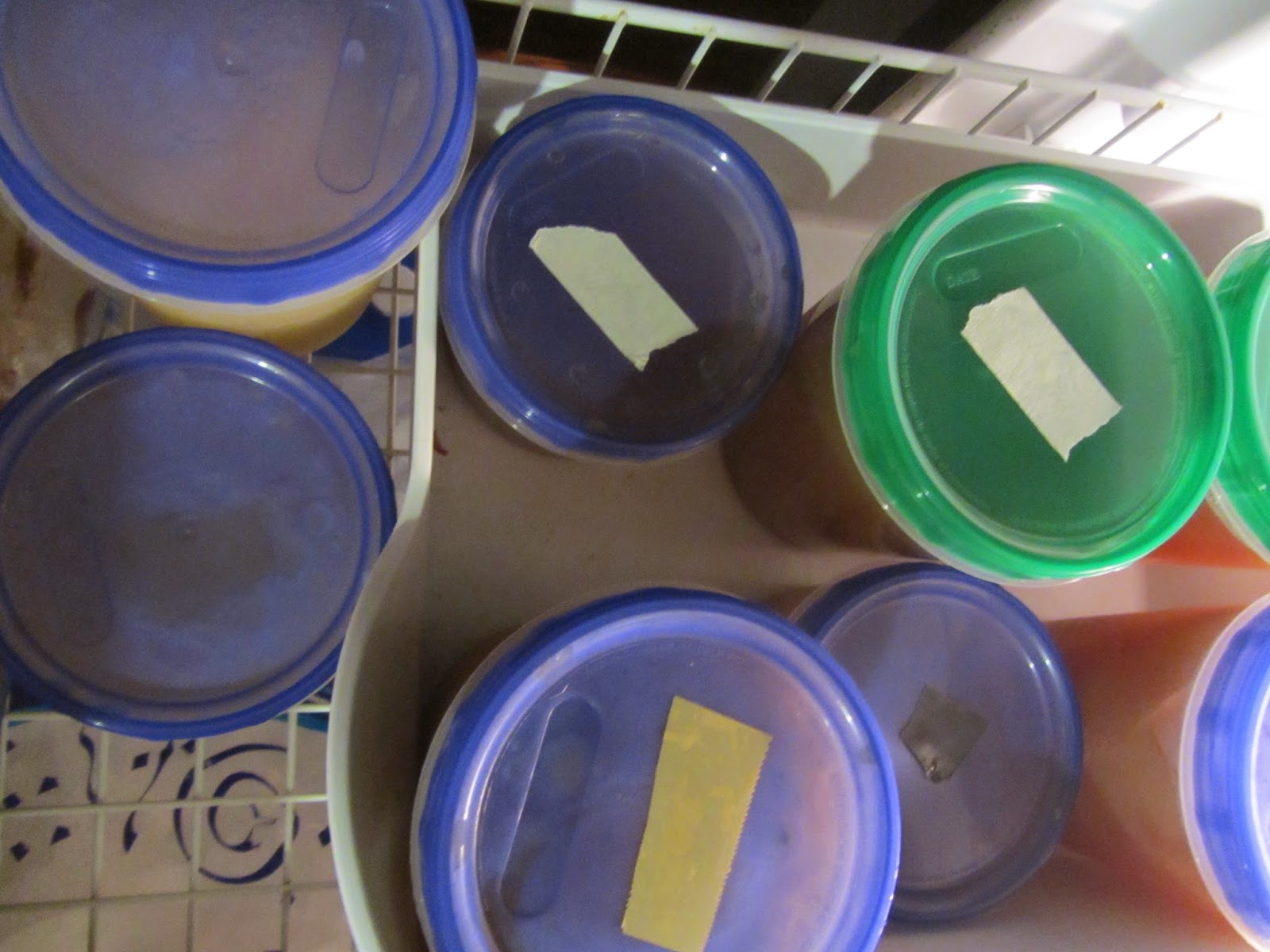