Skip to main content
Posted by Veronica Boulden on April 27, 2009 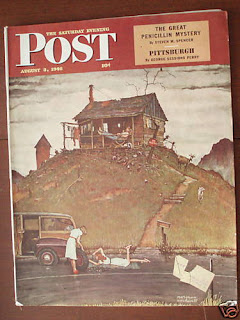 There is much to learn by people-watching. It's one of my favorite pastimes. Dwayne and I could sit at the mall for hours and just watch people go by... What we witness always sparks interesting conversations.

Why do so many teen girls purchase some small, often inexpensive item at Victoria's Secret so they can receive a large, gaudy, glittery, pink bag to carry around on their arm all evening?

I have come up with all sorts of unfortunate theories to explain this observation.

I usually feel uncomfortable making strong judgments about anybody I haven't met based on superficial things like how they are dressed, what bags they carry, etc. But, more and more, I have less and less of a problem coming to conclusions about people based on how they are actually behaving.

Actions, you know, speak louder than words. "Even a young man is known by his actions, whether or not his way is pleasing to the Lord." I like to think, by doing this, I am not actually guilty of "jumping to conclusions," like I've been accused of in the past. But, I like to think that I am rather "connecting the dots" as I watch people and then determine what it is I think I am really seeing.

On our way to the Norman Rockwell Museum the day before yesterday, I saw something that got me thinking. We stopped at a Wendy's for lunch. As we were eating, another family walked in, a young mother and father, an elementary-aged little girl, and a very chubby toddler boy in one of those monstrous car seat-stroller combinations.

The father, Dwayne and I both noticed right away, was very muscular and tan. He was wearing one of those tight, sleeveless shirts nick-named "wife-beaters" and he had a chain-linked tattoo on his arm, setting off his large bicep. Dwayne commented under his breath to me, "I'd like to be that built." Comments like that always set us to talking about how we'll have to work together to get the time and exercise at the gym that we both want, since we have two kids now and one is a tiny infant who won't be allowed in the babysitting room at our YMCA for at least several months...

While we talked, I noticed the man for other reasons. He was carrying a specialty vitamin water and a brown paper bag into the restaurant. He walked directly to find a seat, pulled a healthy looking grilled chicken sandwich out of his bag and started eating it. His wife and two kids went to stand in line directly.

The lady had a hard time maneuvering her son's stroller through the lanes. I hate the lanes at Wendy's... Going through them, I always feel like a head of cattle being herded to the barn. I also noticed that the woman barely kept her older daughter from pulling her pants down as she ordered. The little girl was tugging at her mom's legs affectionately, asking, like kids do, for something particular on the menu. The woman paid for their food, got their tray and... this is when I winced.

She was balancing the tray of drinks, burgers and fries on one of her forearms, barely keeping it from toppling over onto the floor. She had to push and at times, actually shove the large stroller with her other hand, all the while, looking back at her daughter, giving directions. It was very uncomfortable to watch. I almost got out of my seat to help her, more than once, but I remembered... this is New England.

Naturally, I looked at the father, expecting to see that he was coming to help. It was his place. But, he was sitting with his hands crossed, looking out the window, completely finished with his meal, completely unaware of his wife's trouble. All the while, I watched the lady and I was surprised to see that she seemed absolutely pleasant even though she was clearly overwhelmed. She was almost just as unaware and unaffected by her husband as he seemed to be of her. I became aware that I was the only person who thought the man was acting like a louse, so I tried not to get too worked up. At least I wasn't married to him.

As I sat there, something occurred to me that I had no reason to even consider as the man and his family entered the restaurant to begin with. I had admired his physic, at first. But, now I wondered, if the obvious time he spent at the gym and tanning booth were not just an extension of his now-somewhat-apparent selfishness? After all, I know from experience that it is difficult for a man with a family (Dwayne) to find time at the gym...

unless he goes to great measures to ensure his workouts won't cost him precious time with his wife and kids, getting up at 5am...

or unless he doesn't even care if they do.

Our family went about our day together, got to the museum and viewed the rooms full of artwork. The last room we toured showed every single cover Rockwell painted for the Saturday Evening Post during his lifetime. That's when I noticed the cover at the top of this blog post on one of the August editions in 1946. It was one of many covers that struck me, but this one stood out even more because of what I told you I witnessed at Wendy's earlier that day.

Please take a second to click on the image above and study it as closely as possible. Rockwell said he watched people, said he painted the things that he saw, things that others might not have noticed. He claimed that each of his paintings told a complete story.

In the painting, there is a plump man lying in a chair on the porch of his shack. He is watching two ladies change their flat tire with interest, even humor. The man in the painting reminded me of the father I'd seen earlier that day, since both men seemed completely unaware that they could or even should do anything to help.

A passage in Proverbs 7 says, "At the window of my house, I looked out through my lattice and I saw among the naive and discerned among the youths a young man lacking sense, passing through the street near her corner; and he takes the way to her house..." The passage goes on to describe how the writer witnessed the seductive woman lead this fool away to his ruin.

I think it is interesting that even a Biblical writer was a people-watcher. In this case, he was watching a man ruined by sexual immorality. But, perhaps other, more celebrated passages in this book of wisdom like "Charm is deceptive, beauty is fleeting, but a woman who fears the Lord is to be praised" came from the fact that someone simply watched those around him and drew conclusions that taught him how best to behave.
Spiritual