Skip to main content
Posted by Veronica Boulden on June 11, 2010
Norah added a second narration to her notebook this week.

I read her a story called "Leyla and the Lamp" from Stories from Around the World.

She told the story back to me and then I had her draw a picture of it. 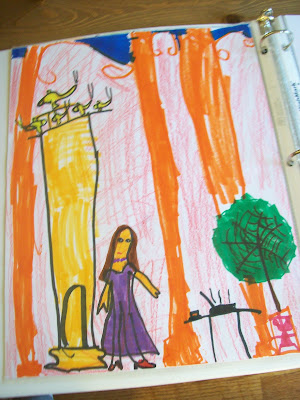 This story was longer than the first story she narrated for her notebook. Actually, I realized too late that this story was a bit too long. There were too many details for her, being five, to remember on her own. She needed a lot more coaching from me on this narration, too much coaching, I think.

And, once she did manage to get the whole story re-told, I had to write the entire thing back out without any mistakes. This took more than a few tries and in the end, I barely mange to fit it all on one page!

This photo shows the first half of the story. Click on the picture to enlarge it. 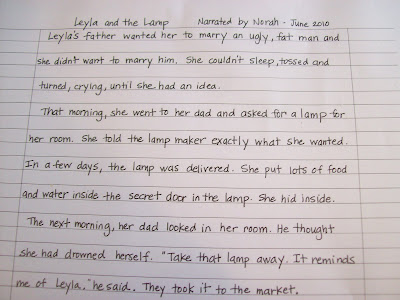 Here's the second half of her narration. 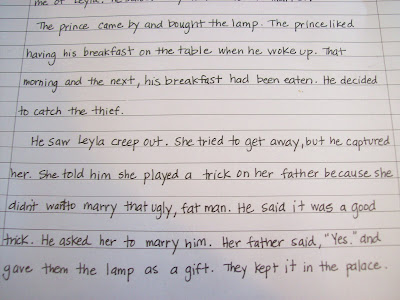 If you read the story carefully, you can almost guess what questions I had to ask Norah in between the lines. It sounds very choppy and lacks the "flow" she was able to provide with her first narration of a much shorter story.

So, in the future, I plan to keep an eye on the length and complexity of the stories I ask her to narrate, at least until she is older or capable of remembering details. And, it would help if she could do some of the handwriting, too!