Skip to main content
Posted by Veronica Boulden on January 22, 2012
Yesterday was a snow day. We haven't gotten much snow this winter, so the kids were eager to play outside. 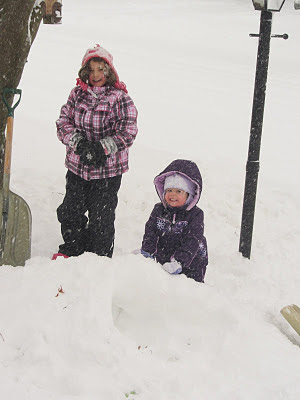 The girls used their hands and then the snow shovels to push snow into a pile and make a tunnel through it. 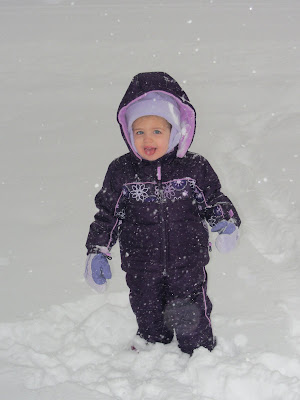 The girls played outside for several hours! After I sent them out each time, I'd expect them to come in on their own because they were cold, but they never came. They just played and played. Their new snow suits must be thicker than their old ones. But, eventually, it was time to call them in for meals or later for naps or even later for dinner and bedtime. But it's always easier to come in out of the snow when you know Mom has some hot chocolate or a warm meal waiting for you.
Family