Skip to main content
Posted by Veronica Boulden on April 18, 2012 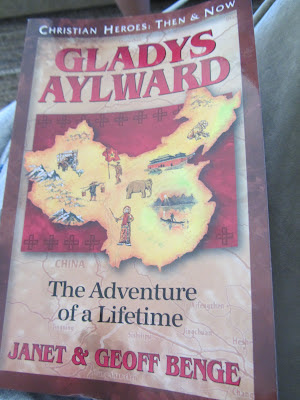 Dwayne and I know that we can pray to God for knowledge and insight and ideas will come to our mind or we will be given the right advice from someone, etc. It's happened many times before.

So lately, I've been seeking God to help us inspire Norah to become more selfless. Many of her impulses right now are purely selfish. Her dad and I model selfless behavior and discipline her for really abhorrent displays of selfishness, but it just didn't ever seem to be enough to make a difference in Norah's heart. She would still be seen snatching the larger piece of cake away from her little sister or taking a really long turn at the Xbox then only giving her friend a short turn, etc. And as normal as this behavior is for a seven year old, Norah was beginning to find it pretty uncomfortable to live with us and act that way since her dad and I aren't selfish and we don't just overlook behavior like that. I started praying to God for help since I felt real compassion for Norah when I saw how her selfishness was making her life difficult and miserable and how even though she got the bigger piece of cake or the longer turn at the Xbox, she wasn't ever truly satisfied.

Not long after I started praying, Dwayne proposed the idea of reading books about Christian heroes (generally unselfish people) with Norah.  He got the idea from his boss who did a similar thing with one of his children. With that, I recommended Dwayne use a book from the series "Christian Heroes: Then and Now." I've had my eye on this series for years. A friend of mine had the whole collection and she would let me borrow the books one at a time years ago. The ones I read, including this book about Gladys Aylward, were just amazing. It's hard to believe they aren't fiction and are about real people in the real world since they are full of outright miracles or miraculous coincidences.

So Dwayne liked the look of the series, too, and he ordered the first two books. Once they came in the mail, he and Norah read the first book, Gladys Aylward, together and they discussed all the events in her life. We're not sure just how much Norah took away from this book yet, but I feel confident that she was inspired and will continue to be inspired by the events in Gladys's life. I am praying they will stick with her, come to mind at certain times, do their work on her conscience and influence her future actions.

On a side note, Norah also learned tons about history and culture with these stories and all at a time when I am too busy caring and recovering from the birth of her baby sister to home school her as usual.  Norah learned geography, how people traveled two generations ago, about Chinese government and customs and religion, etc. all very interesting and valuable from a home school perspective.

I was also impressed when Norah had a jaw-dropping insight into the ways of God when Dwayne asked her, "Why did God allow all this difficult stuff to happen to Gladys on her way to China? Why didn't He just make her trip to China easy?" and Norah answered, "Because Gladys was rejected from missionary school, but God knew she still needed to learn to how to be a missionary." And Dwayne says that's exactly right. He says that it's easy enough to trace how one victory in Gladys's life lead almost perfectly to another larger victory and on and on.

Next, Dwayne and Norah plan to read about George Mueller, the second book in the series. We give God be the glory for this idea and we depend on Him to use these stories to produce the change in Norah's character that will lead to her good.
Homeschool Spiritual