Skip to main content
Posted by Veronica Boulden on November 27, 2010 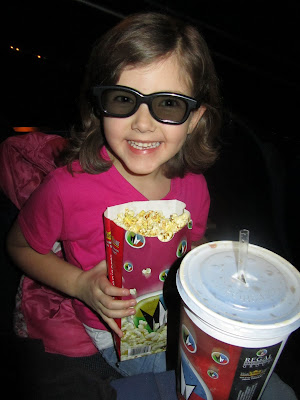 I took Norah to see Tangled last night. Wow! I loved it! It's right up there with Toy Story and Up in my book. The previews hadn't convinced me it was worth seeing. I wasn't sure it was anything but a ploy to get my money. But, a few friends went to see it and liked it a lot and then I read the review and that made up my mind that even if I didn't like it as much as some of the other films I had seen, it wouldn't be a total waste. But, I was surprised by how much I really enjoyed it.

The animal characters were hilarious. It was full of slap stick comedic action that Norah finds utterly hilarious at six years of age. The "romance" between the two main characters was just right, not to sexual. The animation was breathtaking. One of the parts actually made me gasp and start to cry (the part with the lanterns. If you go see it, you will know what I mean.)

Even the "dark elements" weren't that dark. Note: Sometimes the magic elements in Disney films are so convincing, I wonder if the animators take their jobs way too seriously and get in touch with the demonic realm before they create the scenes. (At one point during The Princess and the Frog, I actually picked Norah up and walked out until a scene was over.) But, in this film, there wasn't any of that. I thought it was an inspiring story of character growth and self-sacrifice. As I was re-telling the story to Dwayne, I choked up and cried as I told him the ending. It's a "must see" in my book.

And, while I liked much of The Princess and the Frog, I haven't bought the DVD and I never will because of the "dark elements" I talked about, but we will definitely add this movie to our DVD collection one day. It's fun and full of beauty and light.
Family