Skip to main content
Posted by Veronica Boulden on December 23, 2010 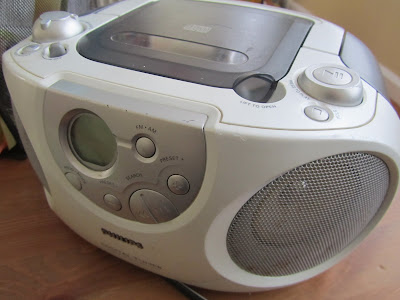 We've started first grade history. As our main text, we are using The Story of the World, Volume One: Ancient History. We don't actually have a text book, though. We downloaded the audio version of the book, so I've made a cd and we just listen to the chapters we're studying. I do so much reading already, it's nice to have a break.

It's a little late to start first grade history considering Norah started first grade math several months ago and first grade reading several years ago. But, we home school, so those formal starting and finish lines for each subject often get blurred for us. We just keep on learning. In reality, Norah is six, so it's just about the right time to start a chronological study of history. It is also the end of the year/ the beginning of the next, so I can use the next twelve months to cover Volume One: Ancient History before we move on to the next book Volume Two: The Middle Ages.

We use The Story of the World's Activity Book for more ideas to go along with the chapters. That's where I got the coloring pages and the map you will see below. I also downloaded the digital version of this book and I just keep it on my desktop and print any pages I need from my computer.

So far, Norah has colored "A Farmer Using a Shaduf" from Chapter One. She has also colored the map of the Fertile Crescent. Once we have quite a few of these history pages, we will collect them in a notebook. 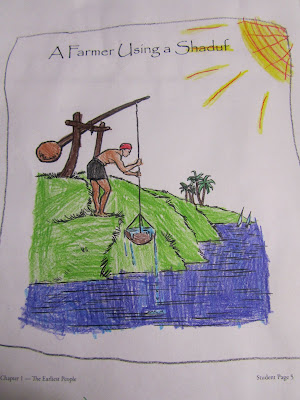 One of the suggested activities that go along with chapter one was cave drawings. The activity book suggests letting kids paint on brown paper with neutral colors like early cultures would have used.

I taped the brown paper to the underside of our dining room table and let the girls build a "cave" around the table to make the experience more authentic and fun. I told Norah she had to paint with her fingers and in the dark. She even decided to put on her Native American costume from last Halloween. She had a blast with this. 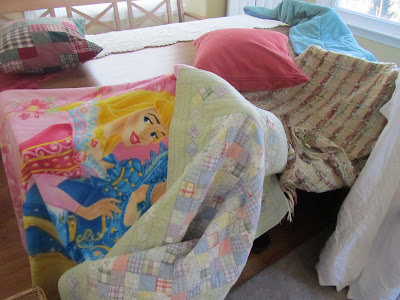 At first, I told Norah to just leave her cave painting under the table to dry, but after a few days and once it was dry, we decided we will actually try and leave it there for good. It will be fun to see if we end up forgetting it's there and someday, rediscovering it like some of the ancient cave paintings have been rediscovered in more modern times. 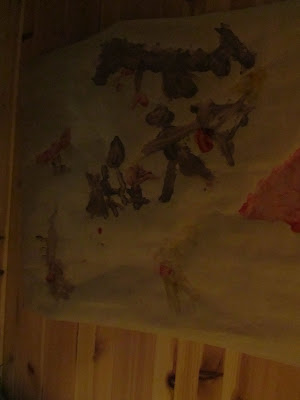 Norah says she drew a deer with an arrow in it, a robin, a tee pee, a man with a spear, a bunny... and I can't remember what else.