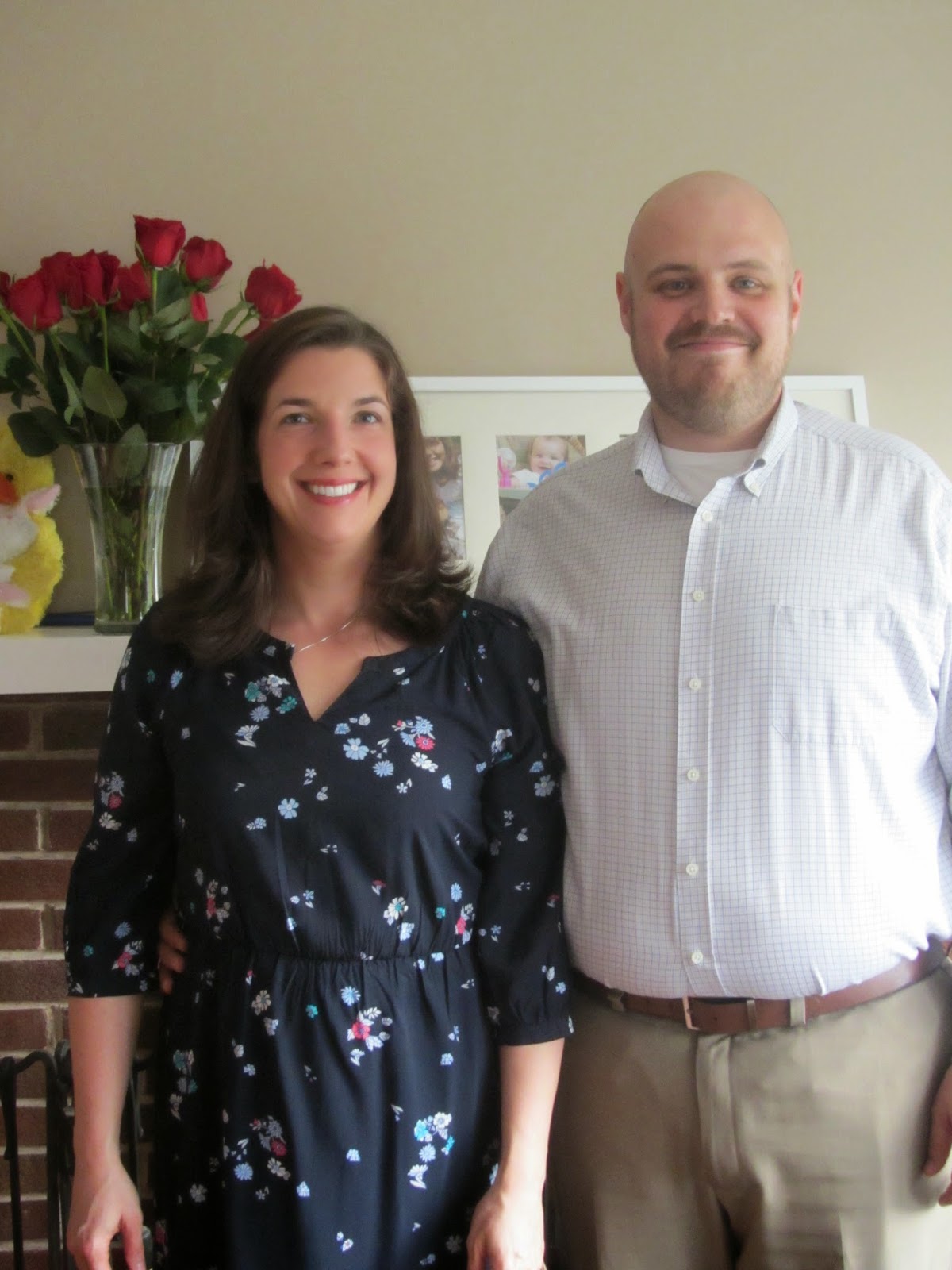 Dwayne and I celebrated our thirteenth anniversary yesterday.

He brought home thirteen roses, one for every year.  You can see them behind us in the photo above.

The plan was to go for sushi at Miso in downtown New Haven.  When we arrived at the restaurant, we were given a seat at a lovely, private table. But when he saw the sushi bar, Dwayne suggested we move over there and I loved that idea. We were able to watch three Itamae prepare the orders that came in while we ate.  It was such a treat to watch them work, especially since we've been rolling our own sushi at home.  Of course, we can't do anything close to what we saw them do! But we were able to better appreciate their skill and artistry.

Here's a photo of our order (after we had already eaten a few pieces). It was sooo good. It's only been one year since I had sushi for the first time; Dwayne took me out for sushi for the first time on our twelfth anniversary. I am absolutely addicted to sushi at this point in my life.  If I could eat it everyday, I would, without question. 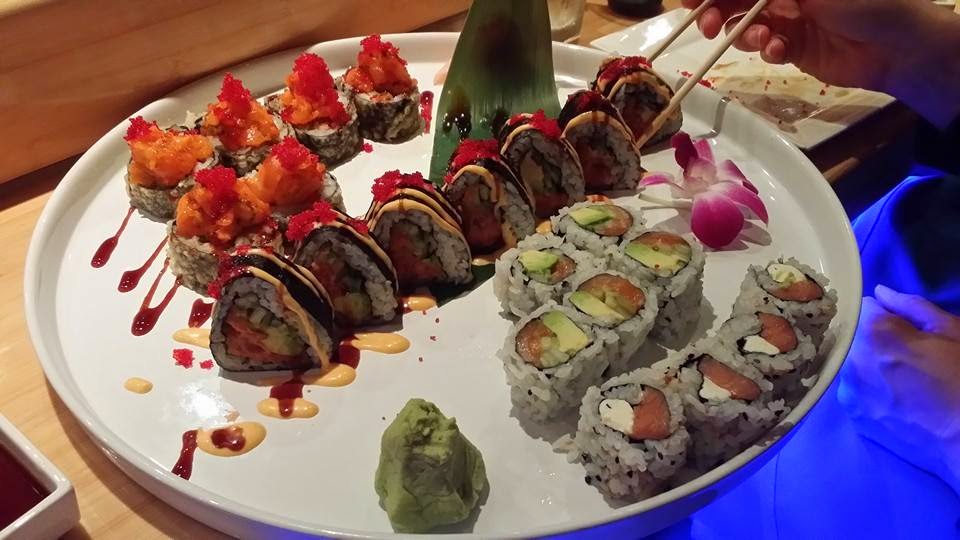 We laughed a lot.  We laugh a lot on regular days, but it was different because we were able to relax and talk without interruption. I was reminded how much we really like each other and how well suited we are and have been from the very beginning. (I tell people and it's true that I knew that he was meant for me after just a few minutes.  He wasn't even talking to me at the time I made that discovery. I was merely overhearing a conversation he was having with someone else as a large group of us sat around a lunch table at college.)

After dinner, we went for a stroll around New Haven.  We popped in on a free concert being given by a group called the Shades of Yale. Then walked some more, ordered coffee at Starbucks, and sat and chatted till we needed to start home.

It was a terrific evening that I won't soon forget. (And the sushi we ordered, oh my!  I'll try and stop thinking about it, but I really doubt that's possible. There was this roll wrapped in deep fried seaweed... Oh! And there was a roll with salmon and cream cheese!)