Skip to main content
Posted by Veronica Boulden on February 25, 2009 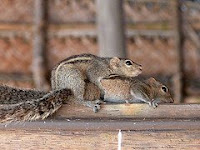 Disclaimer: This is as raunchy as I'll ever get on this blog. I apologize in advance if anyone's delicate sensibilities are offended by this post. But, I think this story, even though it represents one of the most embarrassing situations I've ever found myself in, is just too funny not to share.

I was reading another mom's blog and found this video. It reminded me of something that happened when I was teaching school before I had Norah.

Let me set the scene for you. The setting, I think, is what makes this whole thing so funny.

I was a 3rd and 4th grade teacher. I taught at a small, fundamental Christian school for parents who wanted their children to be educated in a private institution where they'd be somewhat... sheltered.

My classroom was actually a large modular building that was placed on a more remote piece of the property to handle overflow. On three sides, our metal building was surrounded by woods, and while the students and I heard nuts dropping onto the metal roof from the trees that towered over us and the squirrels chasing the nuts down to the ground all day, we had a pretty bleak view for being so close to nature.

The one and only row of windows in the room actually looked out onto the back of the school's main building. Each classroom in that building had a back door used as an emergency exit. And, each of those doors had its own porch with railings and stairs leading down to a sidewalk in between the main building and ours. So, while my students were often distracted by the what was outside the windows, they usually had very little to see.

I started every morning with our Bible lesson. The kids were supposed to look at me while I was telling the story and this was supposed to help keep their minds from wandering off topic. I started telling the story as usual. But, after several minutes, I noticed that one student was staring intently out the window. I can't say how I knew that he was looking at something out of the ordinary, but I suppose his face showed that this wasn't any common distraction. I started to remind him to keep his eyes on me and I planned to just go on teaching, but as I started to speak, I glanced out the window in the direction he was looking, just to see...

That must have been when my mouth dropped open in horror and when I lost control of my countenance long enough to cause the entire class of ten year olds to look out the window in that direction, too. I looked back at my class just in time to see all their heads turning in synchronized slow motion towards the x-rated scene outside. But, it was too late for me to do anything.

Two squirrels were perched on one of the porch railings outside the classroom building across from us. Because of all the windows we had on that side of the room, the squirrels were in plain view of all my students' desks and... they were mating. The male squirrel had a death grip on the female's shoulders and... that is where I will stop the description for the sake of modesty.

For a brief moment, I thought I could pass of the two of them off as "playing." But, the scene was so graphic there was no question about what they were doing, absolutely no way of dodging the issue for the kids. And, what made it so bad was that the squirrels weren't being sweet to each other. In fact, it was the most pornographic thing I had ever even seen and have still seen to date.

I had to say something, do something... The first thing that came to my mind.

"Well, class, it looks like those squirrels are mating."

"What is mating?" a few of the kids asked in unison.

I think as fast as I can.

"That means the two of them are making baby squirrels."

Most of the kids looked up and got quiet, processing that information. But, one child looked down and to the side, snickering mischievously. He knew more about the ways of the world than most of the other kids in my class anyway. He was that kid, the one who had to stifle laughter when another student read, "I am not even worthy to untie the thong of his sandal."

You've got to love the old translations of the Bible.

Then, another child spoke up. He was no where near as devious as the first kid, probably the most ignorant of all. He said, "Well, it looks like the one squirrel doesn't like it very much." He looked at me, troubled, seeking some explanation.

I didn't know what to say to that. So, I said nothing.

But, I agreed with him on the inside. The scene was violent.

At that point, they were all looking at me for more explanation. I was praying hard. "God help me." and saying to myself things like, "This is bad. This is really bad." And, I was sweating and my eyes were darting around in my head.

The Bible lesson I had planned for that morning was shot, I knew that. But, I couldn't let the students just go home and tell their parents I had defined the word mating for them and during the Bible lesson, no less!

That is when I got (or was granted by Providence) the most brilliant idea. I told the kids,

"Take out your Bible readers and turn to Genesis 1."

Then, after the pages stopped turning, I started reading,

The effect of that passage was like a load of flour thrown on a grease fire.

To my unbelief, I never heard another word about that scene, even in whispers, from the kids or their parents. And, I am pretty proud of that.
Humor

Christi said…
I just recently found your blog and I just had to comment on this. That was a good save!