Skip to main content
Posted by Veronica Boulden on November 19, 2009 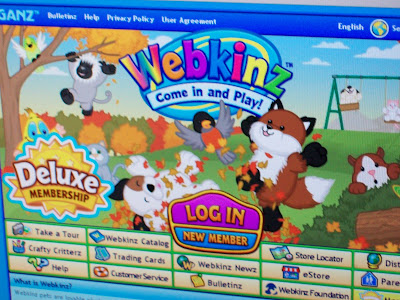 We bought Norah a Webkinz with some birthday money she received in the mail. (Thanks Aunt Michelle). But, now, she wants to play with it all the time...

Here's part of a conversation Dwayne and I had a few days ago. I had just gotten home from work at the Y. He'd been watching the kids while I was gone.

Me- "Norah's been pestering me all day to play her Webkins!"

Dwayne- "Well, she doesn't pester me about it."

Dwayne- "Because I turn it on as soon as she asks."

Me- Speechless... until Dwayne and I both busted into laughter.

And, such is the eternal difference between moms and dads. Moms tend to create conflict for themselves by trying to get kids to do something they don't want to do, something that's "good for them." But, dads just avoid that kind of conflict by giving kids what they ask for. "Chocolate cake for breakfast? ...Sure!"
Humor