Skip to main content
Posted by Veronica Boulden on July 19, 2010 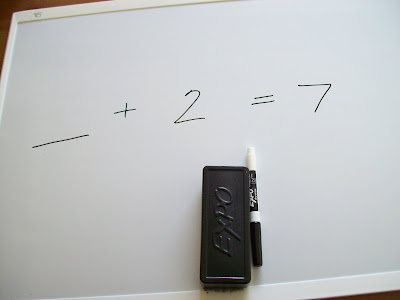 When Norah's math book introduced "solving for the unknown," she didn't get it right away. She saw the plus sign and the two numbers, so out of habit, she would just add the numbers together and write the answer in whatever empty spot there was. 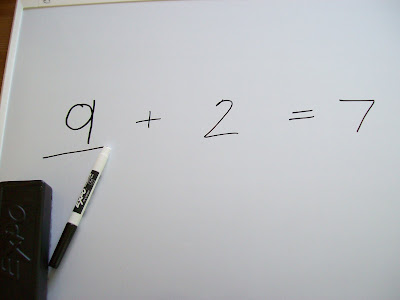 This meant she was just "going through the motions" and obviously didn't recognize the significance of the equals sign in the problem or what it was supposed to mean.

She is gifted in language, so I explained to her that the math sentence now says "Nine plus two equals seven" and I asked her, "Is nine plus two the same as seven?"

To this, she said, "Oh. Yeah. Right!" with a giggle and erased the nine. 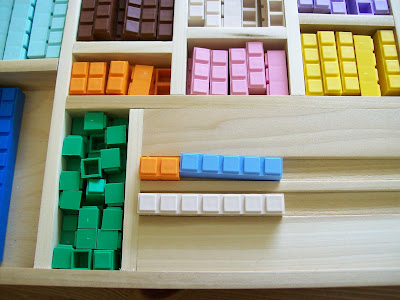 But, she still had to figure out the number she needed to make the two sides equal. She could do this problem and others like it using her blocks all day long, but no matter how many times she got it right with her blocks, the concept never seemed to move from the blocks to her head.

But, I knew she could do this in her head. I knew she did this kind of math all the time with her friends...

I got the candy basket out. 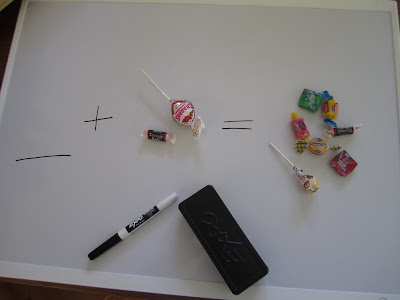 "If your friend had seven pieces of candy and you had two and I told you that you could have the same amount as your friend, how many mo..." 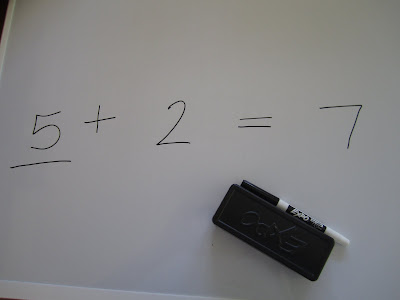 And that was it. Problem solved.
Homeschool