Skip to main content
Posted by Veronica Boulden on April 30, 2011 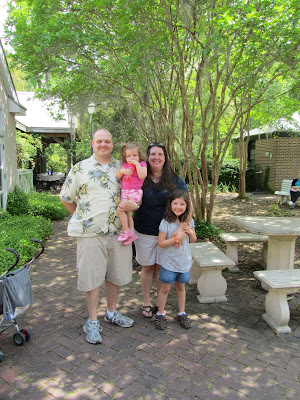 The first stop on our April vacation was South Carolina. While we were there, we visited my family and stayed with old friends. One afternoon, we visited my sister at Cypress Gardens (again), but this time with my mom and dad (who is out of the hospital and doing much better.) 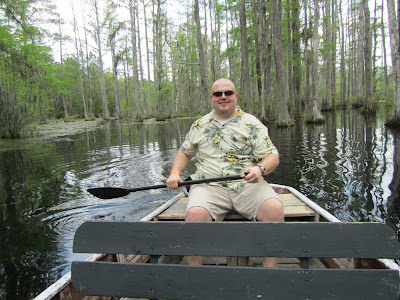 Dwayne paddled me, the kids, my mom and dad through the swamp with my help (but he'd call it "interference") at times. At one point, we got the boat stuck sideways between two cypress trees. Very funny. 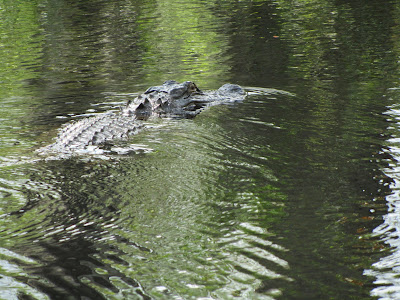 We saw a small gator in the water in front of us, so we paddled fast and caught up to him. It was cool to watch his tall swish back and forth as he swam. He dove under the water right after I took this photo and he disappeared from view after he was under only a few inches of water. Disturbing. 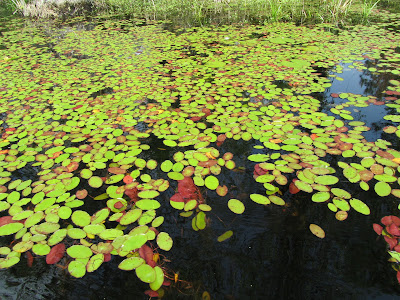 I think these are called "snot weeds." When you feel the underside of them, they are covered in a slime that feels just like thick mucus. Fascinating. 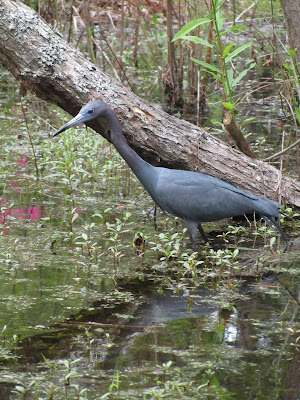 This little blue heron was breathtaking. 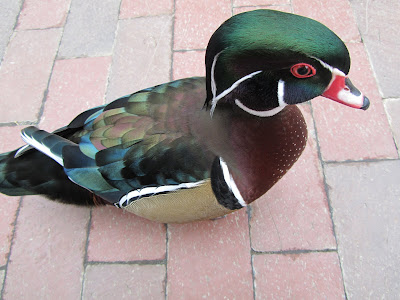 This wood duck was very friendly. He followed us everywhere in the greenhouse. 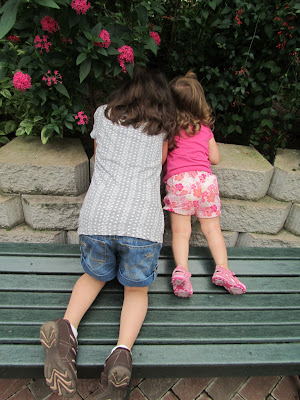 The girls were getting a closer look at the button pigeons running around in the bushes in the greenhouse. The babies we saw on our last visit were almost the same size as their parents already. 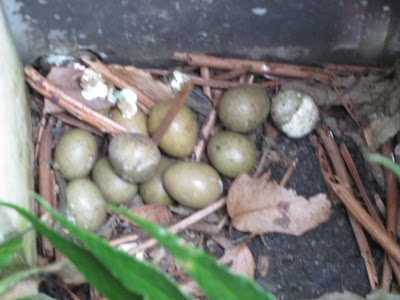 The girls found another bunch of eggs hidden against the green house wall. 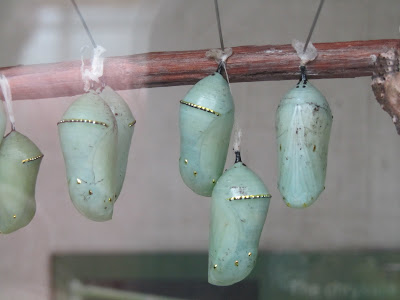 The picture doesn't do these monarch chrysalises justice. The spots on them are golden and they sparkle brilliantly when the sun hits them. I am filled with wonder and awe when I look at them. Even one would be a miracle, but millions are made each year. 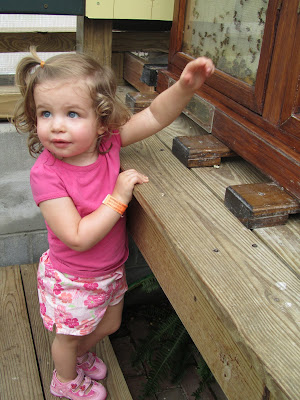 Avril and Norah watched the bees from behind the glass. Once outside the greenhouse, you could track them flying out and around to flowers and then coming back into the hole. 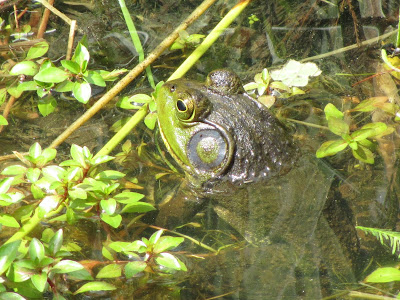 We spotted tons of tadpoles and frogs in the pond. 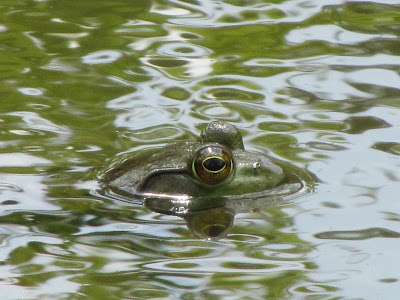 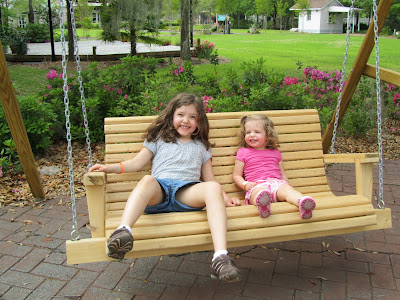 The girls rest on a swing. 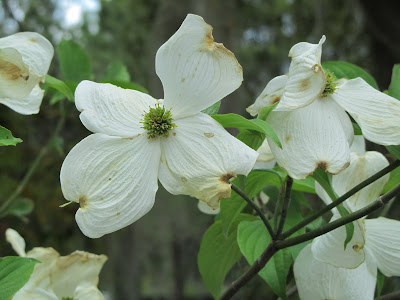 The dogwoods were in full bloom. They're my favorite.