Skip to main content
Posted by Veronica Boulden on September 12, 2011 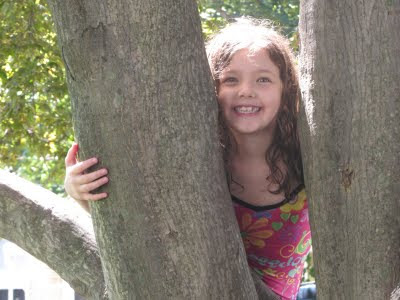 I've been stuck on the couch with nausea, so with all this down time, I've been watching several old episodes of Star Trek DS9, one of Dwayne's favorite television shows.

During one episode, I really liked an exchange between the fictional character Captain Cisco and his teenage son Jake. Jake wants to go hang out with a friend the night before a big test, but his dad tells him he ought to be studying.

To this, Captain Cisco tells his son,

"This is not about tests, Jake. This is about learning. You can't learn to appreciate Klingon opera by cramming for the test the night before.”

He may not be a real person and there may not be any such a thing as Klingon opera (though there might be for all I know, since people can actually learn to speak the Klingon language.). But I still really like what Cisco says to his son here because it expresses the same thing we believe about education.

We value authentic learning over traditional classroom achievements. It doesn't bother us that our kids will never have report cards. We'd rather them have shelves full of books they've read and reread, photos of history and science projects they done themselves and notebooks full of original drawings, reports and narrations.

There are so many things that can't be learned in a classroom (and there aren't many that a student must have a classroom for.) So we home school so that our kids have time to learn to appreciate subjects... like opera, for instance.

We study something in order to make it become part of our understanding from then on, not to pass a test and get a good grade and just move on to something else. We get to create a universe where it really is all about learning.