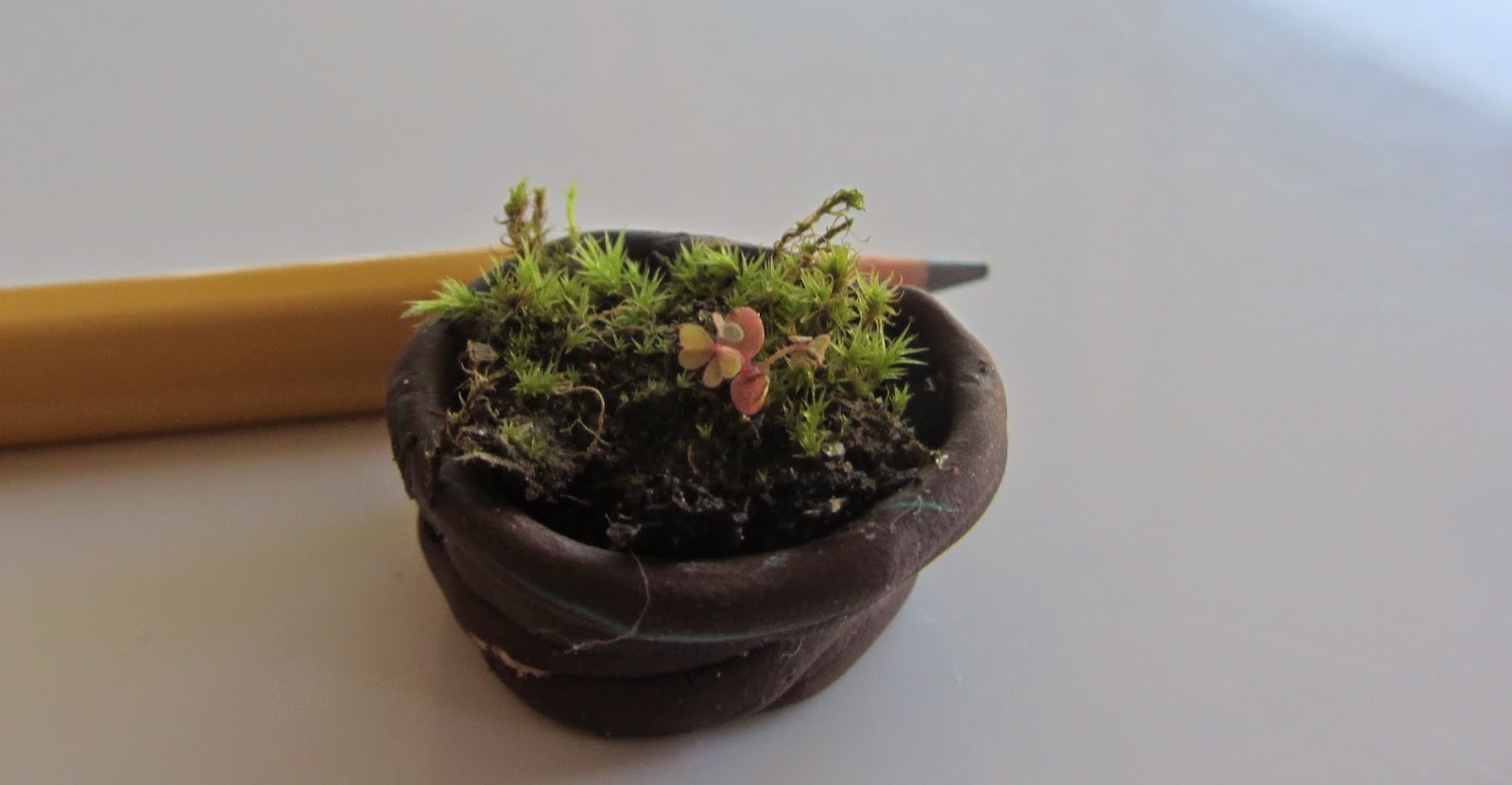 My nine year old daughter was out watering our vegetable garden when she came inside the house with a clump of dark soil in between her pointer finger and thumb. She stuck it up in my face, too close for me to actually focus on it, so I had to guide her hand back to a distance where I could see it. Wonder and joy were all over her face. Half-asking, half-declaring, she said, half to me, half to herself, "Isn't it beautiful?"

When I saw the moss and heard the way she said the word "beautiful," I immediately thought of CS Lewis' biscuit tin.  Many of you know, I have taken it into my head to read all of CS Lewis' books this year.  I have all these quotes in my head that float around like leaves and sometimes they collect themselves in bunches when something happens to me and that's what happened when my daughter brought this thimbleful of moss into the house.

In his book Surprised By Joy, Lewis describes his first recognition of beauty during his childhood. "Once in those very early days my brother brought into the nursery the lid of a biscuit tin which he had covered with moss and garnished with twigs and flowers so as to make it a toy garden... That was the first beauty I ever knew."

The memory of that biscuit tin would come back to him later in life. He says, "As I stood beside a flowering currant bush on a summer day there suddenly arose in me without warning, and as if from a depth of not years but of centuries, the memory of that earlier morning at the Old House when my brother had brought his toy garden into the nursery. It is difficult to find words strong enough for the sensation which came over me; Milton's 'enormous bliss' of Eden comes somewhere near it. It was a sensation, of course, of desire; but desire for what?... before I knew what I desired, the desire itself was gone, the whole glimpse withdrawn, the world turned commonplace again, or only stirred by a longing for the longing that had ceased. It had only taken a moment of time; and in a certain sense everything else that had ever happened to me was insignificant in comparison." Lewis names that sensational longing "joy" and says it is the "unsatisfied desire which is itself more desirable than any other satisfaction."

Lewis explores this idea of desire in some of his other writings. In Mere Christianity, he is famously quoted as saying, "If we find ourselves with a desire that nothing in this world can satisfy, the most probable explanation is that we were made for another world. If none of my earthly pleasures satisfy it, that does not prove that the universe is a fraud. Probably earthly pleasures were never meant to satisfy it, but only to arouse it, to suggest the real thing."

In The Weight of Glory, Lewis says, "...we remain conscious of a desire which no natural happiness will satisfy. But is there any reason to suppose that reality offers any satisfaction to it? ...A man's physical hunger does not prove that that man will get any bread; he may die of starvation on a raft in the Atlantic. But surely a man's hunger does prove that he comes of a race which repairs its body by eating and inhabits a world where eatable substances exist. In the same way, though I do not believe (I wish I did) that my desire for Paradise proves that I shall enjoy it, I think it a pretty good indication that such a thing exists and that some men will."

In the same work, Lewis later says, "We do not want merely to see beauty, though, God knows, even that is bounty enough. We want something else which can hardly be put into words—to be united with the beauty we see, to pass into it, to receive it into ourselves, to bathe in it, to become part of it.  At present we are on the outside of the world, the wrong side of the door. We discern the freshness and purity of morning, but they do not make us fresh and pure. We cannot mingle with the splendours we see. But all the leaves of the New Testament are rustling with the rumour that it will not always be so. Some day, God willing, we shall get in."


That's what nature often does for me. It stirs up a desire in me for the world beyond this one. I've had quite a few transcendent experiences while in nature, so I was glad that my daughter recognized beauty in and felt wonder over this magnificent little pile of dirt and plant life. I am encouraged that she is showing a capacity for joy, even if that joy begins to produce in her a deep, persistent, bitter-sweet longing that can't be satisfied.  Like Lewis, like me, like all of us, my daughter, all my children, will have to long for it as long as they live.  They will also have to seek to find.  But being in touch with that longing is "more desirable than any other satisfaction." It can drive us to pursue the Creator if we let it. And if we find Him, we find it all.

We've planted that pile of moss and clover in a tiny clay pot my daughter made herself.  It's a hobby of hers to make things from clay and she's quite good at it. Since then, she's made several other tiny clay pots that she plans to fill with more moss and miniature plants.  They're collecting now on my kitchen window sill where they get indirect sunlight and where we hope they may survive and even thrive indoors if we are very lucky. I get to water them with drops from my fingertips whenever I am done washing dishes.  In doing so, I am reminded of my daughter, the beauty that is growing in her, the beauty she is capable of creating. I also get to wonder at the beauty found in even these tiniest of green plants and of course, that stirs up in me that ancient longing nothing in this world can satisfy. After reading so many of his books, Lewis has started to feel like an old friend.  And I think he would laugh to know that joy still delights to surprise us with piles of moss plucked up by little children from the garden.
Nature Spiritual