Skip to main content
Posted by Veronica Boulden on July 05, 2022
Dwayne and I had our first date on July Forth over two decades ago.
It wasn't supposed to be a date originally. We were planning to meet up with a big group of friends to see fireworks in Downtown Charleston, South Carolina. But everyone flaked out for one reason or another, so we went alone.
That ended up suiting us just fine. We discovered that we were soul mates, something we had begun to suspect anyway, talking for hours as easily and naturally as breathing or walking.
So fireworks on the Forth are a tradition we just don't miss (except the year I was with my dad was in hospice many states away from Dwayne and the girls.) But I was glad to be with my dad, so we don't count that year as a miss. And Dwayne still took the girls to a fireworks show without me. 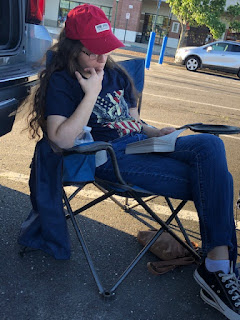 We drove up to Waterbury, where we used to live. They always do a big show. We visited Barnes and Noble and Five Below, since we were set up nearby in the parking lot to get a good vantage for the show over Holy Land. The girls got books from Barnes and Nobel, of course, and we got a giant, outdoor chess from Five Below. 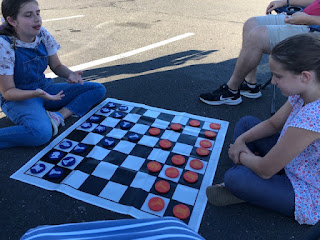 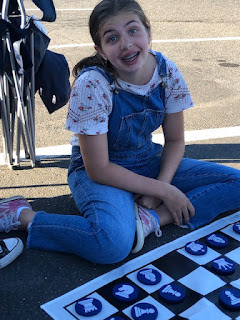 We always bring chalk for the asphalt. 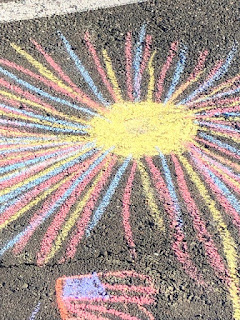 We met Fernando. He's carrying Ziggy's old flag, since Ziggy has passed. Ziggy was a proud American immigrant who was known and beloved for waving American flags on street corners throughout Waterbury. We always got pictures with Ziggy at Waterbury fireworks shows, because he was always there, of course. So we got a picture with Fernando, too. Fernando says that he's proudly carrying on the legacy. 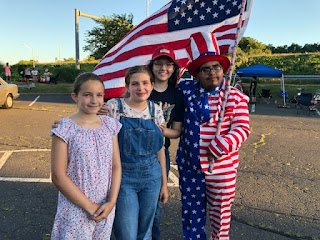 We all worked together as a family and made the Classical Conversations President's Song into a patriotic work of art. 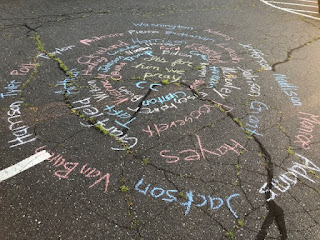 We always read The Declaration of Independence aloud on July 4. Norah, our oldest, who has been hearing this every year since she was a toddler, recounted that she didn't understand much of it at first, but it unfolded for her more and more year after year. 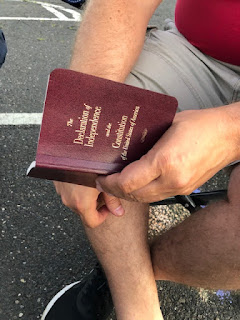 There are ice cream trucks. 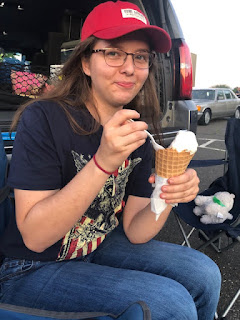 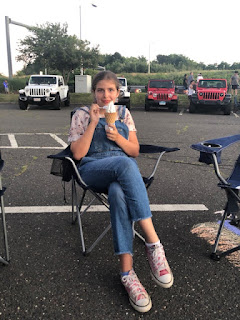 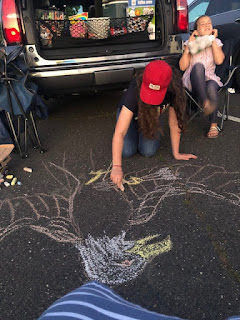 We brought seven layer dip for dinner and snacks, a cooler with ice-cold water and sodas, and sparklers, too. 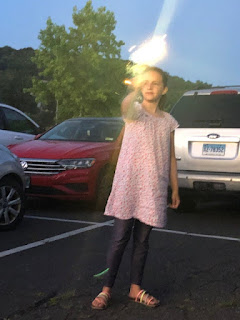 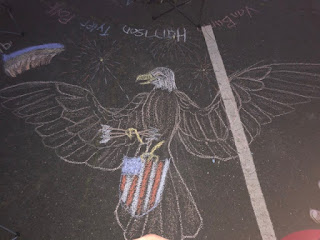 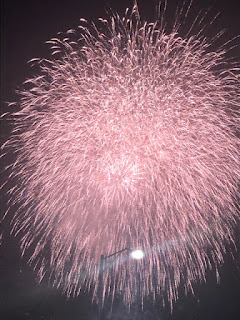