Skip to main content
Posted by Veronica Boulden on March 14, 2009
We've been pulling baby things out of storage, cleaning them up, taking inventory. Norah's having a good time with her old toys while we sort through them. She played with her over-sized Legos the other day. From the playroom, I heard her yell, 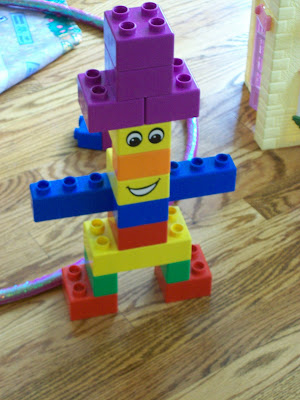 "Mom! Look! I made Abraham Lincoln!"

We left her Legos in a pile there and she moved on to something else. But, the next morning, while I was making breakfast, I heard her yell again, 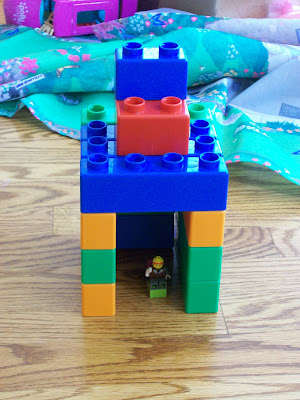 "It's the Lincoln Memorial!"

"Lincoln hides there from the bears," she pretends. And, even later that day, she brought this to me where I was sitting on the couch. 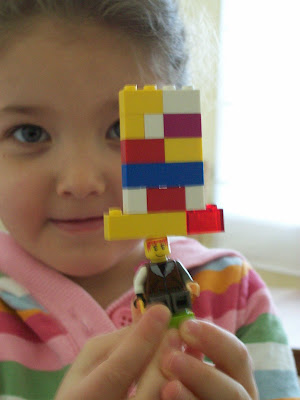 "Now, that's a big top hat!"
Kids use whatever information they've been given to fuel their imaginations. I am pretty sure Norah still thinks Sponge Bob is a block of Swiss cheese and that makes me very proud. I've noticed that other home schooled kids are "weird" like mine, incorporating historical figures into their make-believe adventures. We came home from a home school play group the other day and Norah swore to me that one of the other kids, a little boy a year or two older than herself, was named Paul Revere. I tried to explain to her that that probably wasn't his real name, but she wouldn't hear it. She said he "told stories" and said they had the best time running from one big slide to another getting places "as fast as they could."

Sarah at SmallWorld said…
That is adorable! We've been studying Abraham Lincoln this past month, so I really love this!!

Thanks for playing on my 20th anniversary contest--I enjoyed hearing your wedding music story!
March 15, 2009 at 7:40 AM