Skip to main content
Posted by Veronica Boulden on July 25, 2009 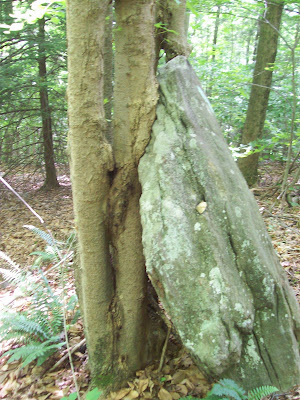 Not through strength, but through persistence.

We pass this rock when we hike on the Miller Trail in Kettletown State Park. As you approach it, it appears as if someone lifted it up and propped it against a group of skinny trees. But, that's obviously impossible, since the rock is so big. With a closer look, you can see that after years of growth, some trees that started out as saplings near the edge of the rock have actually managed to grow big enough to lift the rock up off the ground. Their bark has even molded around the rock's edge, as if gripping it for the effort. One can presume that after a few more seasons of growth, the trees will grow so high they may tip the rock over completely, moving it out of the way and making it lie flat again.

The quote above says, "In the confrontation between the stream and the rock, the stream always wins..." But, in this case, it isn't the stream that wins, its the trees and for the same simple reason: persistence. 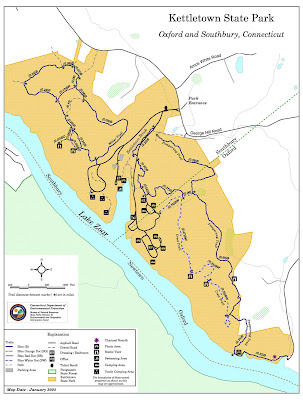