Skip to main content
Posted by Veronica Boulden on October 02, 2009
It's getting colder outside and the bottoms of Norah's pajama pants have been creeping farther and farther up her legs as she grows. So, I broke down and bought her new ones recently. This felt like a sacrifice since we are on a tight budget right now.

With her help, I picked out two pairs of pajamas with a Disney princess pattern (of course). Each pair of pajamas was around $14 and with a coupon for 15% off, I got them for around $12 each. 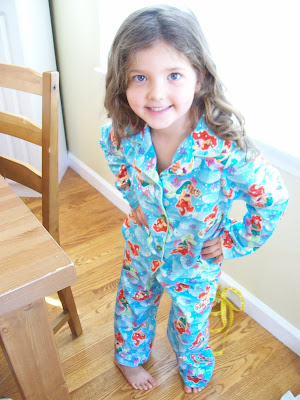 I also bought them four sizes too big, so Norah will (most likely) get at least two and maybe even three year's winters out of them. I know this because I bought the pajamas she just outgrew sometime in the fall right before she turned three and she just turned five. So, she got three years wear out of those pajamas. 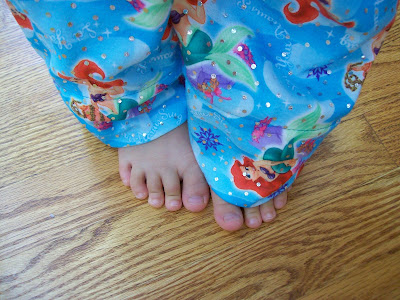 The only trouble with buying them so big is that the pants are way too long and unfortunately, the new pants are not trimmed in elastic like the old ones were, so they won't just grab her leg wherever they end. 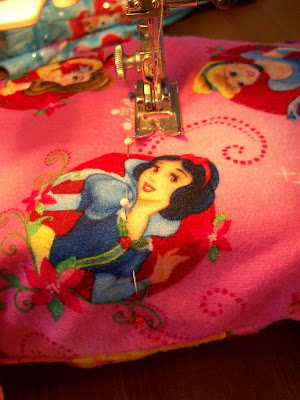 So, I left the manufacturer's hem in the legs, tucked them under, pinned them, ironed them (to make a professional-looking crease) and then sewed a temporary hem with my machine. When she outgrows this new hem, I will use a seam ripper to carefully take it out and at that point, she'll be tall enough to use the manufacturer's hem. 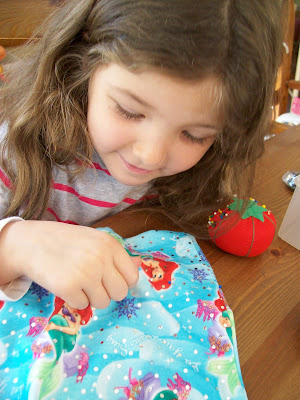 As far as I can tell, my plan is flawless. So, my money-saving advice to you moms out there is to go as large as you can in the waist and then just hem the legs to death. After all, with things like pajama shirts and pants, they can be baggy (at first) and still do the job just as well.