Skip to main content
Posted by Veronica Boulden on December 15, 2009 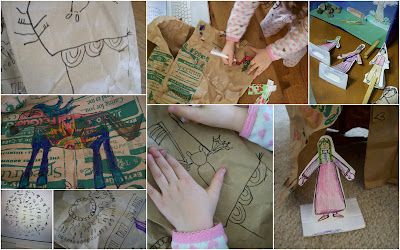 Recently, we made some repairs and improvements to Norah's Native American diorama, still one of her favorite toys. Some of her Indian people had come off their egg-carton stands and the grass around her hut was being uprooted. So, we used some serious craft glue and employed clothes pins to keep everything in place until the repairs took. 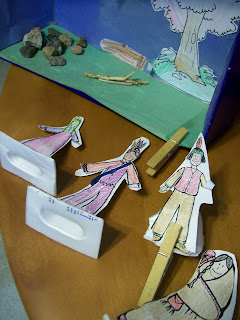 Norah asked for a larger tee pee, one for the whole family and she explained that she accidentally smashed the old one under her foot... so, after several failed attempts (and a few near-curses) using sheets of large construction paper, I thought to re-purpose this old, brown, paper bag. It's not exactly the right shape, but it stands on end and provides a large enough space for the whole family to fit inside, so Norah agreed to it, even though it isn't authentic. 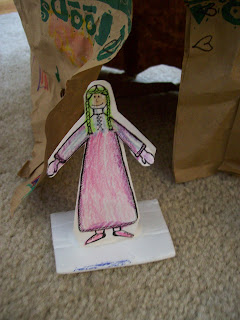 And, of course, Norah wanted to decorate it. We found a collection of Native American symbols online. We copied some and made up several of our own. We both did the drawing and had a lot of fun being creative in this way. We did so much, in fact, that Norah will have to color and color and color for several afternoons before she can fill in all of the pictures. 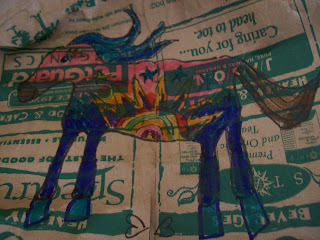 We've gotten more mileage out of this homemade toy than just about any fancy, store-bought toy. That says something.
Homeschool