Skip to main content
Posted by Veronica Boulden on February 04, 2010
We stopped somewhere in Pennsylvania the first night of our vacation and had Chick-fil-a for dinner. We ate there as often as we could throughout the entire two weeks, since we don't have any Chick-fil-a restaurants in Connecticut. Most of the stores had a play place, so it was nice for Norah to run around and climb after being strapped into her car seat all day or cooped up in a hotel room in the evenings. 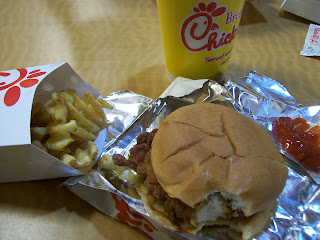 Norah poses with the cow. She wondered why he was there, so we explained why cows would encourage people to eat chicken and she chuckled. It is a great ad campaign. 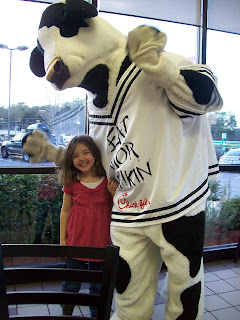 On the second and third nights we stopped in Charleston, South Carolina. We actually stayed at a new hotel built on our old college campus. Dwayne and I met while at school there. We even lived there for two years after we graduated. So, needless to say, the place holds countless memories. 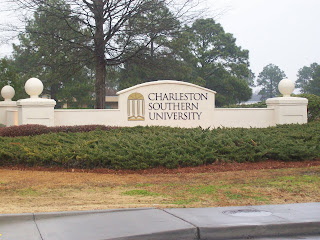 Norah poses in the hotel lobby with a princess themed white board her uncle, my brother, gave her on the occasion. My immediate family: brother, sister, mother and father, all still live in the area, so we saw a lot of them while we were there and they gave the kids a lot of presents like the one Norah's holding. 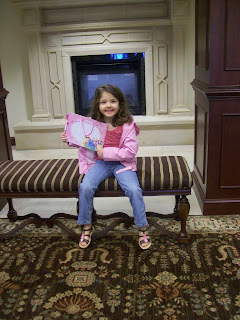 Avril watches TV in our hotel room. Too cute! 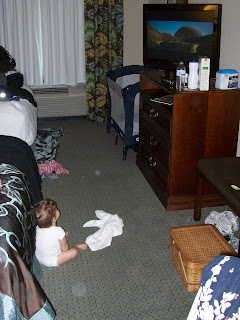 We took Norah for a few walks around the college campus. 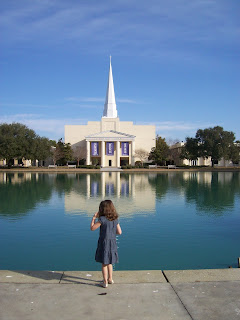 Lightsey Chapel and the Reflection Pond. The water used to be brown and kind of thick from all the duck poo. They've since upgraded to this fresher, bluer version. It's nice, but it just isn't the same somehow. The new water doesn't bring back the sentimental yucky feeling in the pit of my stomach. 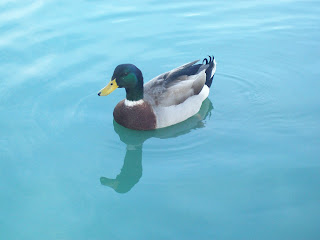 We let Norah feed the ducks, something we did all the time while we were students. 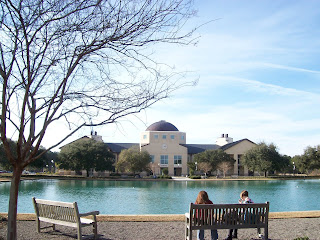 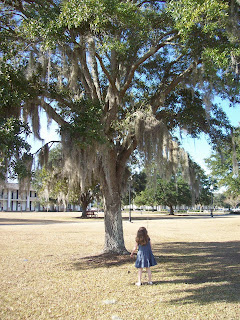 Norah had never seen moss growing on trees before. It was everywhere! Even the most common looking trees were draped with it. I had forgotten about it and I'd forgotten how beautiful it can be! 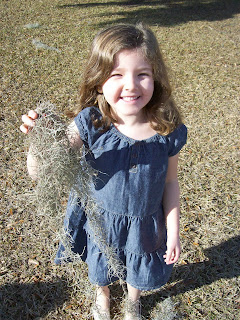 I'd also forgotten about all the pine needles that cover the ground. I can't say how many times I got one of those stuck in my sandal! It's the simplest things that can take you right back... 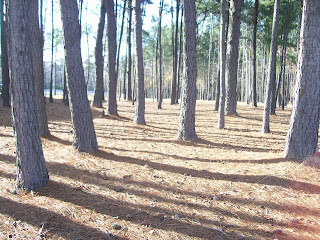