Skip to main content
Posted by Veronica Boulden on June 16, 2011
This painting hangs in the Mattatuck Museum. It's called Pine Hill and was painted by Peter Poskas in 1974. Poskas was a realist, so he didn't cover his subject's eye sores: the tops of Waterbury's buildings, cables, smoke stacks, the barren landscape, etc. Never the less, I thought this painting was beautiful, so I took a snapshot of it. 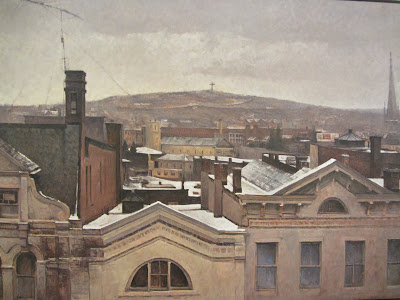 I began to wonder if it would be possible to find the place where Poskas had stood when he painted this. With a little research and a phone call and some legwork, I believe I found the exact spot where he stood. I took a picture. 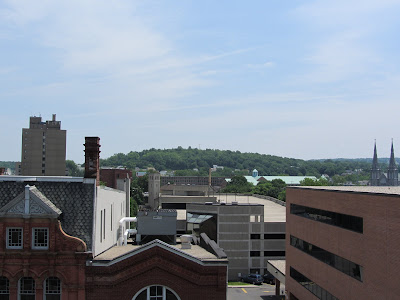 Things have changed a bit since then, but Waterbury is still beautiful and flawed at once. What you don't see in Poskas painting are the other views he was afforded from this spot when he turned around in a full circle. Here area few of them. 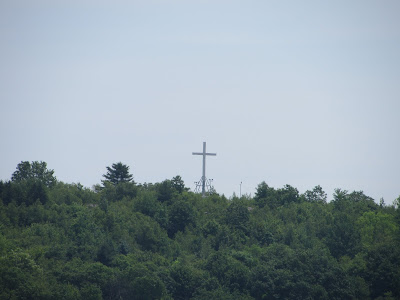 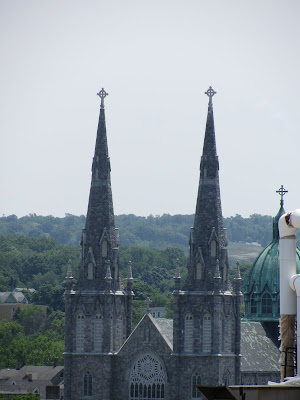 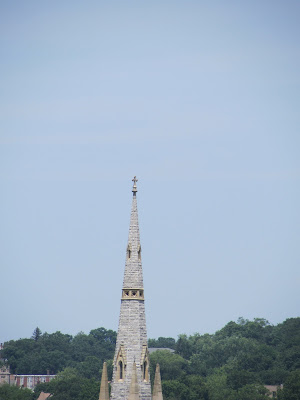 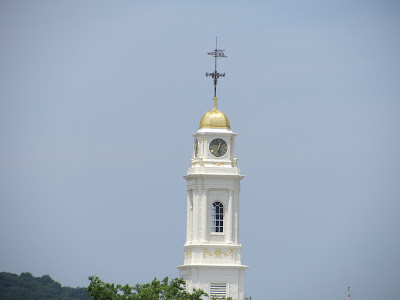 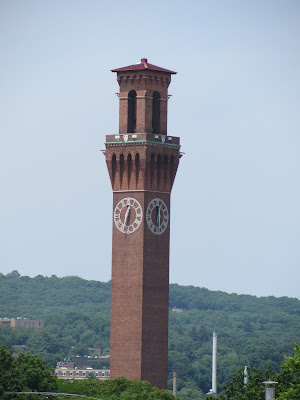 Where Poskas stood (or where I think he must have stood), there was even a wide pillar a little more than waist high. I think this is where he might have set up his paints, etc. I rested my forearms on the pillar, leaned there and just took in the view.

With the cross in the center of the horizon in front of me and my hands folded like they were in prayer already, it seemed like the perfect place to worship. So, I pulled out my phone and played the song "Rooftops" by Jesus Culture, a song I heard for the first time only yesterday. (God is so cool.) I sang along to the song as loud as I could but with the traffic all around me and the people busy on the streets below, my voice was totally drowned out (at least to human ears.)

Listen to the song (especially the chorus) and tell me if this was not the perfect song to offer from that spot, from that particular point view.

I thought it may also be a good idea to read some Scripture. (A good friend of mine had told me that she did this once before. She found a high place overlooking the landscape and read Scripture out loud as a blessing and a prayer over the land, so that gave me the inspiration.)

I typed "Psalm 60" into my phone. That number just came to mind. But, when the words came up on my phone, I was blown away by how fitting they are for the city of Waterbury, where the addicted and destitute roam the streets, where the buildings that were once the center of produce lay in ruins, where many magnificent churches that could hold thousands stand cold and empty, where people try and try and try to make a difference through human effort, industry, development, investments, but nothing ever changes...

I read this entire Psalm aloud as a prayer and blessing for this broken city. But, here are some of my favorite parts of the Psalm.

You have rejected us, God, and burst upon us;
you have been angry—now restore us!

You have shown your people desperate times;
you have given us wine that makes us stagger.

But for those who fear you, you have raised a banner
to be unfurled against the bow.
Save us and help us with your right hand,
that those you love may be delivered.
Is it not you, God, you who have now rejected us
and no longer go out with our armies?
Give us aid against the enemy,
for human help is worthless.
With God we will gain the victory,
and he will trample down our enemies.
Spiritual