Skip to main content
Posted by Veronica Boulden on March 07, 2009
Disclaimer: Please do not assume that this is a thesis on everything I believe about a woman's role. I have much to say on this topic, but I am keeping this short (and a little irreverent) for the fun of it.

Sometime ago, I read a book called Lost Women of the Bible by Carolyn Custis James. In it, she explores the meaning of a word Christian women, like me, hear all the time, a word we think we know so well: helpmeet.

Keep in mind, though, that helpmeet is not a Hebrew word, rather, it was translated or chosen from English to represent the original word "ezer." And, the fact that most English-speaking people have no idea what the word helpmeet means until it is defined for them by someone else who had it defined for them by someone else... is, in my view, part of the problem with any definition we've always accepted for this word.

Custis James explains further, "Throughout history the church has always zeroed in on 'ezer' (pronounced azer, with a long sounding a, as in razor)..." to define a woman's role. Custis James points out that, as it often happens when words are translated from the ancient texts, "The meaning of ezer was diminished when translators rendered it 'helpmeet' and restricted it to marriage..."

So, a responsible study of the Bible, especially in matters as important as defining a woman's place in Creation, must include an honest look at words like this, to see if there are hints that would help a person come up with a more thorough definition of what the word meant in its original language.

Custis James goes on to say that is exactly what has happened with ezer. "Thinking regarding ezer began to change when scholars pointed out that the word ezer is used most often (16 out of 21 occurrences) in the Old Testament to refer to God as Israel's helper in times of trouble. That's when ezer was upgraded to "strong helper," leaving Christians debating among themselves over the meaning of 'strong' and whether this affect's a woman's rank with respect to the man...

Further research indicates that ezer is a powerful military word whose significance we have yet to unpack. The ezer is a strong warrior, and this has far reaching implications for women, not only in marriage, but in every relationship, season and walk of life."

Well, I confess, I have not looked at the Hebrew for myself, just yet. But, I have a mind to, because what Custis James has said about ezer is messing with my head. With her words in mind, I reread that text I've read countless times before, "It is not good for the man to be alone. I will make a helper (ezer) suitable for him" and a whole new set of images flood through my mind. I often think in pictures anyway.

To me, it is amazing to consider that God may never have meant to say, "I'll make someone dressed in homespun cloth wearing an apron who is capable of bending over to pick up what Adam leaves behind him on the ground" or rather "what Adam doesn't even realized he dropped." 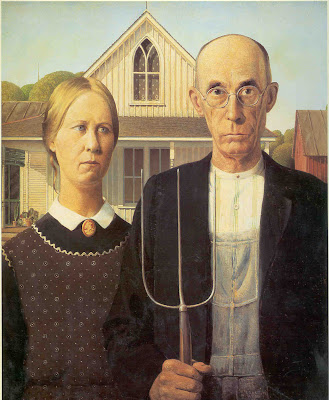 It's revolutionary to think that God might have actually meant, "I will make a she-warrior capable of covering Adam's back like no one else." 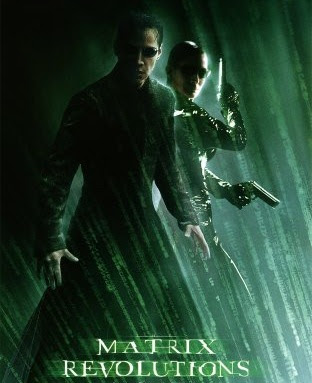 Perhaps we Christian women are actually supposed to be more of what Trinity is for Neo?

Talk about revolutionizing our matrix!

Before my understanding of “ezer” was challenged like this, if the scenes of my married life were scripted then filmed for a movie, I probably would have had to throw off my high heels, reluctantly, to run after Dwayne and away from the bad guy. I probably would have agreed to carry Dwayne's extra ammo in my purse after he said something sarcastic that made the audience laugh, but I would have taken the extra clips from his hands with two manicured fingers, like they were diseased or something. And, in the battle scene, I would have hunkered down behind something and yelled to warn Dwayne that someone had a gun pointed at his back. And, hopefully, I would have done this in time to prevent him from being shot. But, it isn't likely. He probably would have ended the movie in an ambulance with a bullet in his shoulder and me fussing over him.

But, my old, comfortable understanding of “ezer” has been somewhat... assaulted, as of late, and not just by this book, but from other very reliable sources as well, including my own husband! So, the scenes of my life, if filmed for a movie now, would probably look very different.

At this point, if I were a character in an action adventure, I would feel free, no, I would feel obligated, to take up weapons of my own. I'd bring extra ammo for myself and certainly throw a few clips his way if Dwayne happens to run out in the middle of a show-down. And, most importantly, I would not even hesitate to shoot the guy who threatens his back and I'd do it before Dwayne even knew he was there.

I guess I can adjust to this new, fuller definition of the word "helpmeet." But, I am not sure I will ever be okay with wearing squeaky, tight, black vinyl pants.
Family

carrie said…
I loved this post. I just gave a lesson on the divine roles of women to the young women (ages 12-18)at church and the word "helpmeet" came up. I wish I had your information with me then.
March 9, 2009 at 4:32 PM