Skip to main content
Posted by Veronica Boulden on June 24, 2011
Sloping Acres Park, Waterbury, CT is right in the middle of a neighborhood, practically in a few residents' backyards. It looks like it may have been built on land that was designed to be a culdesac, originally. 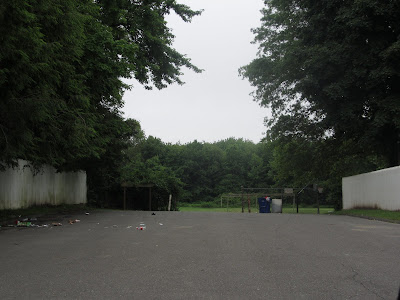 It was hard to tell I had found the park since the sign was obscured by vines until I got up close to the entrance. 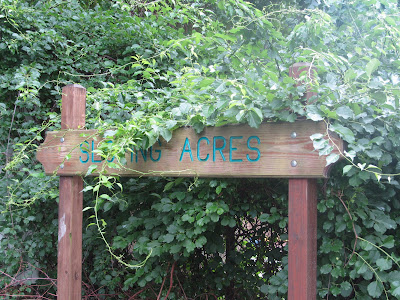 There was a lot of trash on the street where you are supposed to park and near the entrance around the trash cans. 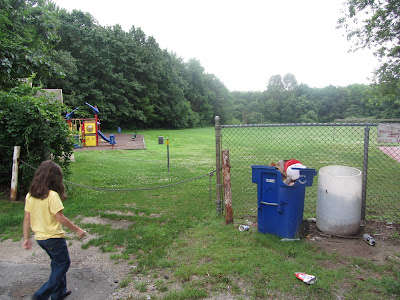 But once you came through the gate (to the right of the trash cans in the above photo), it was pretty tidy... 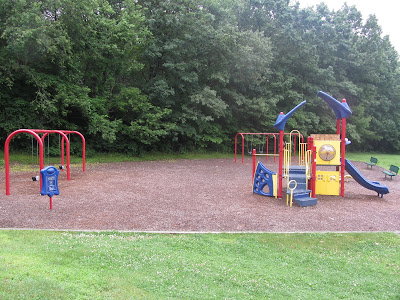 aside from the large piece of plywood mounted to the play scape. I assume one of the original pieces to the play scape broke and this is to substitute. This is probably better than whatever damaged or broken piece it replaced, but to a mom with little ones it just screams, "Splinters!" and makes her nervous. 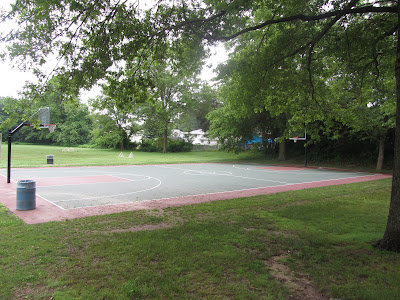 And it was pretty pleasant and clean... 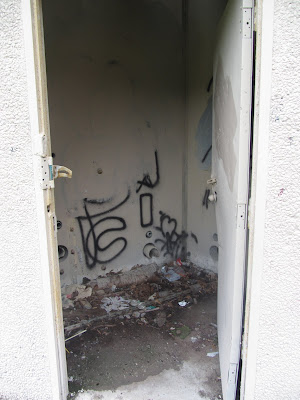 except for the neglected bath house that had been broken into and vandalized.
Waterbury Parks