Skip to main content
Posted by Veronica Boulden on January 12, 2009 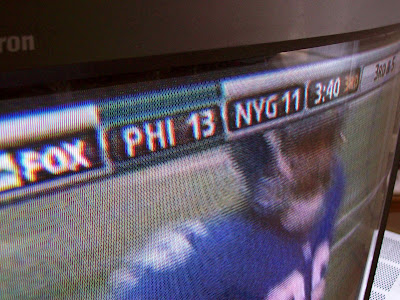 F is for Football

Dwayne watched the playoff game between the Philadelphia Eagles and the New York Giants on Sunday. The Eagles won 23 to 11. They will play the Cardinals next Sunday. The last time those two teams were matched up, the Eagles won the game by a long shot as well.

My husband grew up in Pennsylvania, so he usually roots for his home teams, whatever the sport. Dwayne doesn't watch a lot of sports, in general, which I appreciate. But, this time of year it's fun to watch, even for me, because the Superbowl is fast approaching. And, isn't every American a football fan on that day?

Here's a bit of trivia for you Eagles fans.

The Eagles got their mascot from the symbol used for the NRA, National Recovery Administration, one part of FDR's New Deal that was eventually ruled unconstitutional by the US Supreme Court. But, the name has stuck since that time in the 1930's. 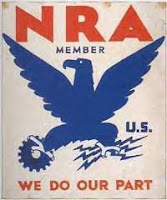