Skip to main content
Posted by Veronica Boulden on June 10, 2009 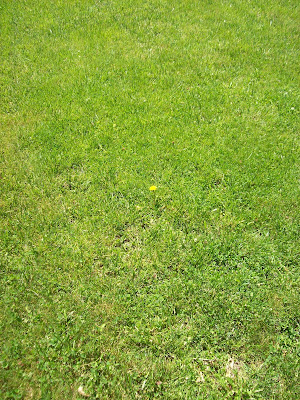 Weed (noun) - any plant or flower that grows where it is not wanted.
When I was teaching forth grade, I reviewed the definition of the word 'weed' with my students. It was defined as "any plant or flower that grows where it isn't wanted." I remember standing there in front of the class, because I was struck by how simple the definition was. How, by that definition, even a tulip or a rose bush could be considered a weed, if it was growing where it wasn't wanted, if the person who owned the landscape happened to prefer dandelions to day lilies. I thought the definition couldn't be that simple. Wasn't there some definitive quality inherit in a plant that made it a weed? The matter couldn't be entirely subjective... or could it?

Since then, I've pondered how often the same principle that can define a rose bush as a weed is at work in politics. Homeschooling has made me more sensitive to how often the majority defines a matter in our country. If enough people think some thing is right or wrong, policies are put into place and laws can be passed at lightning speed.

Most people still send their kids to school, for example. So, most people still agree that school is where children belong during the day. Our local superintendent wanted to pass legislation recently to make it criminal for businesses to hire teenagers during the day or for teens to be working during "school hours." The drop out rates were climbing so steadily, the superintendent wanted to find the quickest way to stop them. He and his supporters were well meaning, but any legislation like that would be a sideways assault to everyone's liberty.

What about the homeschooled teenager who wants to take advantage of the extra time he has because his school day only takes half the time, and get a job, working longer hours than his public schooled peers can to make more money for college? That kid's freedom to work, that kid's freedom to take advantage of the choices he or his parents have made is why we have a constitution, though it seems like more and more people are completely ignoring it these days. It's why legislation isn't supposed to be a simple matter of how many people are in agreement over a particular issue. Otherwise, America would be ruled by the mob, rather than the constitution.

But, what if, God forbid, a judge ignores the constitution and allows a law that violates it because most people agree that a behavior the law supports is right? Well, that is the issue conservative news programs are talking about right now in regards to supreme court nominee Sonia Sotomayor. Unconstitutional laws are proposed and passed all the time, so if judges, like Sotomayor, are willing to ignore the constitution to keep them, we aren't, in fact, ruled by the constitution anymore. Judges, at the bidding of the mob or working on their own inclination, would actually be the ones in control at that point.

Most people agree that dandelions are ugly. But, to make a political parallel, even if it is a weak one, in America, my neighbor ought to be able to uproot her rose bushes and plant "weeds" in their place. Who am I to tell her dandelions are ugly?
Political