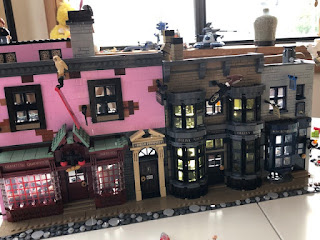 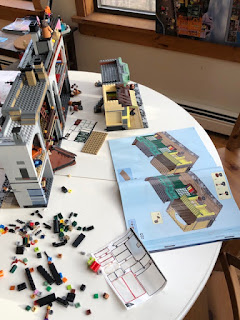 One girl has a birthday in late March; the other has a birthday in early April, so they combined their Lego allowances this year and went in on a much larger Lego set than either would have been allowed on her own.

Their dad and I were proud of their creative deal-making.

They explained at dinner last night that they have built approximately one-half of the set since Avril's birthday. Now they will build the second half after Adele's birthday.

I love their sweet thoughtfulnesses of one another, making deliberate efforts to keep the situation equitable.

And praise God, they seem to already comprehend the reality that sharing joys makes joy more full for all.