Skip to main content
Posted by Veronica Boulden on December 29, 2008 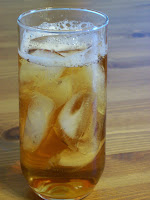 We got this recipe from a waitress at a certain Greek restaurant in downtown Summerville, SC (which shall remain nameless). It was one of our favorite places to eat when we lived in SC. But, we noticed that after that waitress gave us the recipe, we never saw her again... We think maybe they offed her cause she gave up their secret brew. So, if I am gone in a week, you'll know why.